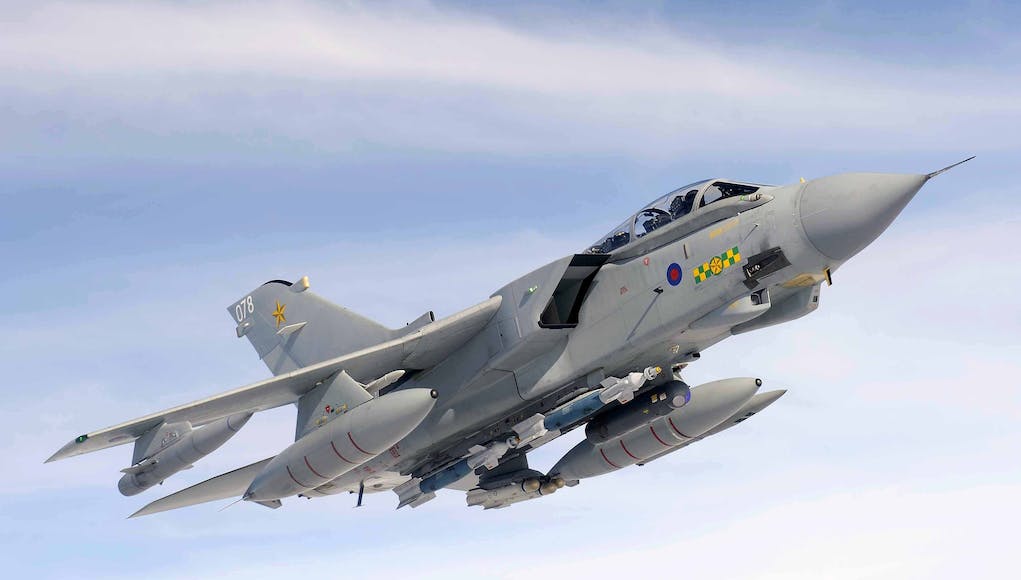 Following the vote in the House of Commons last night, Tornado GR4 aircraft flew their first offensive operation against Islamic State targets inside Syria.  The strikes targeted the Omar oil fields in eastern Syria, which is under IS control, and were “successful”, Defence Secretary Michael Fallon said.

The mainstay of IS’s financial income is derived from exploitation of a number of oilfields that they hold. These are overwhelmingly located in IS’s heartlands in eastern Syria. Several of these oilfields have already been effectively targeted by other coalition partners; RAF aircraft and precision weaponry are well suited to attacking, with low collateral risk, this type of target.

Overnight, Tornado vombers, supported by a Voyager air refuelling tanker and a Reaper drone, and operating in conjunction with other coalition aircraft, employed Paveway IV guided bombs to conduct strikes against six targets within the extensive oilfield at Omar, 35 miles inside Syria’s eastern border with Iraq. The oilfield is one of the largest and most important to IS’s financial operations and represents over 10% of their income from oil. Carefully selected elements of the oilfield infrastructure were targeted, ensuring the strikes will have a significant impact on IS’s ability to extract the oil to fund their terrorism.

Coalition air operations have already degraded IS’s front-line military capabilities and have assisted the Iraqi ground forces in liberating some 30% of the territory that the terrorists initially seized in that country during the summer of 2014. By extending RAF offensive operations into Syria, our aircraft are now able to help dismantle the means by which Islamic State plan, direct and sustain their campaign of terror.

Before the aircraft conducted their attacks, they reportedly used the aircraft’s advanced sensors to confirm that no civilians were in the proximity of the targets, who might be placed at risk. The initial analysis of the operation indicates that the strikes were successful.

More evidence of a complete lack of strategy. The prime minister says that we must be ready for a long drawn out campaign.IS hasn’t just started a war on two fronts, they have declared war on all of humanity.Wilst they captured a big pile of kit they have no industrial base and very little technical expertise Close off the borders and they will quickly run out of ammunition and spare parts Look at the quality of the IS team in Paris, all numptys, some mentally ill and some prone to second thoughts(obviously a good thing from our point of view)… Read more »