An RAF pilot was guided into landing his jet by a colleague in another aircraft after suffering a loss of vision it has been reported.

After losing vision, the pilot was joined by another Hawk jet. Flt Lt Durban, a 39-year-old father of two who flew Tornado aircraft in Iraq and Afghanistan before becoming an instructor at RAF Leeming, flew close behind the stricken pilot to talk him down according to the Telegraph.

The Hawk is a British trainer aircraft. It was first flown in 1974. It has been used in a training capacity and as a low-cost combat aircraft.

Operators of the Hawk include the Royal Air Force and a considerable number of foreign military operators. The Hawk is still in production in the UK and under licence in India by Hindustan Aeronautics Limited (HAL) with over 900 Hawks sold to 18 operators around the world.

“Flying in formation, and conducting an approach to land as a formation, is a daily skill practiced by RAF fast jet pilots.”

The pilot was flying solo during a training flight on Thursday and radioed for assistance while returning to RAF Leeming in North Yorkshire.

But eye of glass

Fair play to you sir!

any news on the poor pilot who lost their vision?

How did he lose it? Laser pointer by any chance?

He had a some kind of Eye infection from what i have read. Not heard more than that.

Best fighter pilots in the world thank god he is safe and hope his sight is ok.

Best wishes to the pilot, hope the guy is ok?

Stephen Coyle. Dorian Legrand May. What. A. Legend!!!

well done to him. this is a clear demonstration of the professionalism of the Royal Air Force personnel. total respect to all those who keep our country safe. 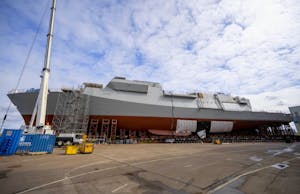