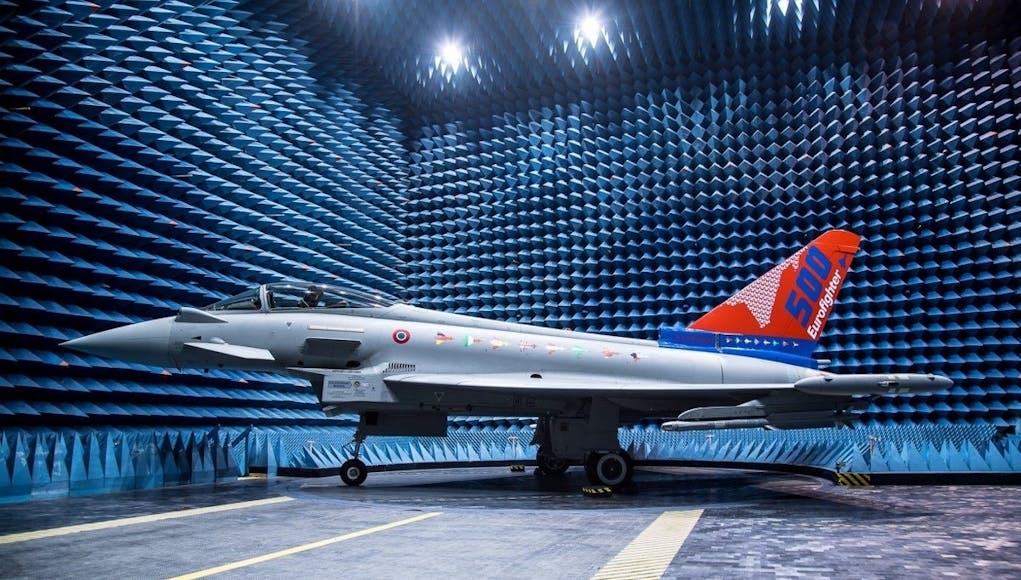 The 500th Eurofighter Typhoon produced has been delivered to the Italian Air Force during a special ceremony held at Leonardo Aircraft Division’s Turin site.

“The 500 strong Eurofighter Typhoon fleet represents one of the largest and most capable fighter fleets in the western hemisphere, and will be the backbone of European airpower for decades to come.

Today’s handover is a great testament to the programme’s success, and I firmly expect to see the fleet grow further as our partner companies continue to pursue opportunities for more orders internationally.”

“We are very proud to deliver the 500th Eurofighter Typhoon produced to the Italian Air Force. The Eurofighter Typhoon is the largest collaborative industrial programme in Europe, it is a successful and significant contributor to the nation’s economic wellbeing, employing high-skilled workers and generating thousands of high-value manufacturing and engineering jobs.

We are now fully committed to completing deliveries to the Italian Air Force, to develop the capabilities of the aircraft, and to the activities envisaged by Kuwait’s contract, while continuing to pursue a number of significant market opportunities around the world.”

The UK has cut its planned order from 232 to 160 over the last decade.

A great plane – would have been more if the French hadn’t renegaded on their commitments.

2 of the aircraft’s production lines don’t have any orders past 2019 so will close.

Any sign of the additional Saudi order materialising? Or any other orders for that matter?

Maybe Poland with a need for 50-60 high performance jets for air defence.
Eurofighter would fit the bill nicely as a defensive aircraft. Poland seem yo be willing to spend on defence so you never know….