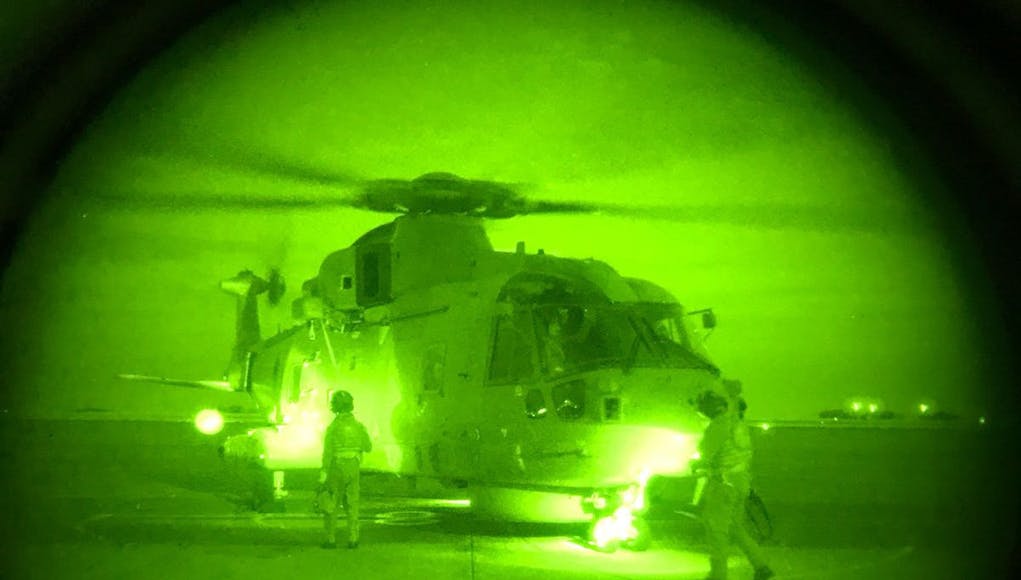 “Soon the whole squadron – aircrew, engineers and support personnel – will join the ship and sail with her across the Atlantic for the next stage of her sea trials.

This important stage is the fixed-wing aircraft part of the trials, the highlight of which will be F-35Bs touching down on her deck for the first time. Flying in arguably the best submarine hunting helicopter in the world, the 820 NAS will be protecting HMS Queen Elizabeth from threats on and below the surface of the sea.”

Aircraft carrier HMS Queen Elizabeth is currently preparing to sail to the United States where the first F-35 jets will touch down on her deck in a couple of months.

So after stretching our sea legs we have hit dry land with our legs running, preparing for #westlant18 & #firstdecklanding

It’s going to be hard work, but all worth it to see those #f35 wheels touch down safely on our flight deck for the first time! pic.twitter.com/eG50XIuYYU

He flew the last Harrier to take off from HMS Ark Royal at the end of 2010 before both the jump jet and carrier passed into history. Blackmore called the F-35B “a step change for the UK in how we’re going to conduct business” adding:

“The fact that’s it’s F-35 is pivotal, because you’re in the fifth-generation game now with aircraft, which brings stealth, sensor fusion, advanced weapons and the ability to project aviation and power ashore at your choosing,” he said.

We recently reported that the first jets that will perform F-35 trials on-board HMS Queen Elizabeth will be mostly American owned aircraft but flown by British pilots.

The aircraft that will be landing on the supercarrier will belong to the Joint Operational Test team. The team’s mission is to build confidence in the aircraft towards helping clear the F-35 to make the legally mandated advance from Low Rate Initial Production to Full Rate Production. The RAF’s No 17 (Reserve) Test and Evaluation Squadron comprises ten percent of the test program in the JOTT we understand.

“As the US’s biggest partner in the F-35 programme, we jointly own test jets which are on track to fly off the deck of our new aircraft carrier later this year.

We will continue to work with our American allies on these trials, and plan for the first momentous landing on HMS Queen Elizabeth to be a British pilot.”

Does anyone know how many HC4 Merlin will be embarking onto HMS QE in support of the upcoming fixed wing Aircraft trails ???

One more step towards getting HMS Queen Elizabeth operational. Keep getting those boxes ticked! Well done to the whole team working on her and her sister ship HMS Prince of Wales. Keep up the great work, everyone.

how many f 35’s has the u.k taken delivery of? i know itis in the region of 16, plus kept at fort worth for training purposes.

I wonder if the QE could be used, should the worst happen.

We now have a small handful of f35b’s in the UK and I would hope they kept the merlins in storage for AEW cover if pushed.

I can’t imagine a situation where it would be needed, but a carrier with 4 or 5 jets on board is better than nothing for providing fleet protection.

We have more than 4 or 5 F35Bs if you include those in the states used for trials and evaluations the real UK number is 13 I think.
I would prefer to know how many more of these magnificent aircraft we are going to get? Another 48 is a minimum , ideally 64-76 more would deliver a return to decent fast jet numbers and capabilities. The UK has invested heavily in the F35B , let’s make sure that investment bears fruit by not just ordering pibbly small numbers of an aircraft that is without any doubt a world beater. 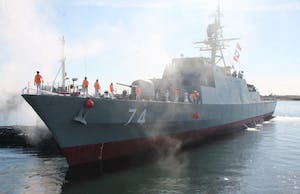