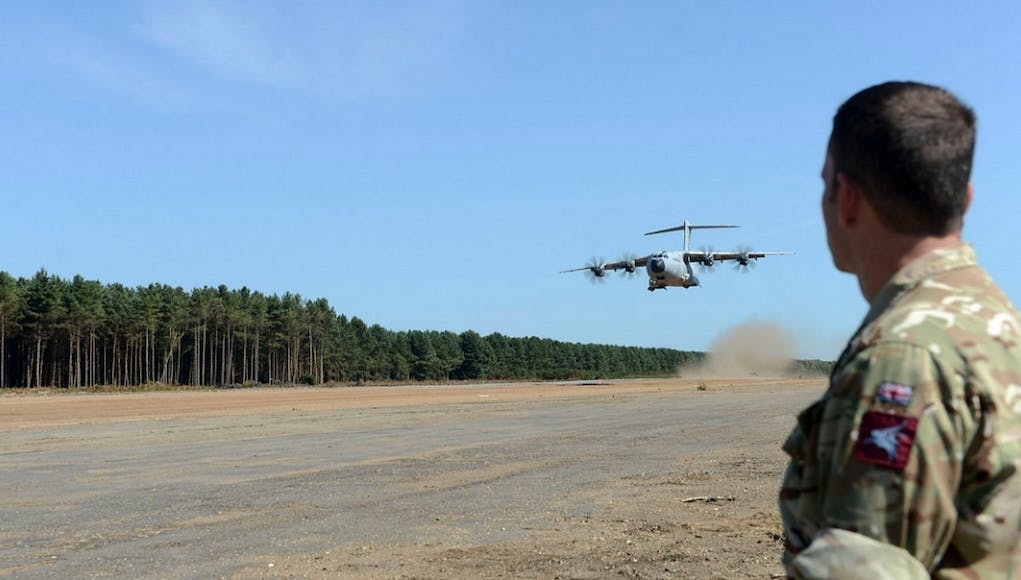 Videos and images show the A400M conducting trials from an austere landing strip at Woodbridge Airfield.

Woodbridge Airfield was identified by Airbus Defence and Space as the site to test the new multinational, four-engined transport aircraft.

The Airbus A400M Atlas is a multi-national military transport aircraft. It was designed by Airbus Military (now Airbus Defence and Space) as a tactical airlifter with strategic capabilities to replace older transport aircraft, such as the Transall C-160 and the Lockheed C-130 Hercules.

According to the MoD, preparation for the trials involved a great deal of construction work by 23 Parachute Engineer Regiment, based at the neighbouring Rock Barracks, to create a natural surface on Woodbridge Airfield for the A400M.

Between 2009 and 2010, the aircraft faced cancellation as a result of development program delays and cost overruns; however, the customer nations chose to maintain their support of the project.

A total of 174 A400M aircraft have been ordered by eight nations as of July 2011. In March 2013, the aircraft received European Aviation Safety Agency (EASA) certification. The first aircraft was delivered to the French Air Force in August 2013.

The RAF took delivery of its first Airbus A400M in November 2014, with another 21 to be delivered over the next few years.

The MoD said the trials would be a “fantastic opportunity” for 23 Parachute Engineer Regiment to test an aircraft that will be the backbone of the RAF’s transport aircraft fleet for the coming decades.