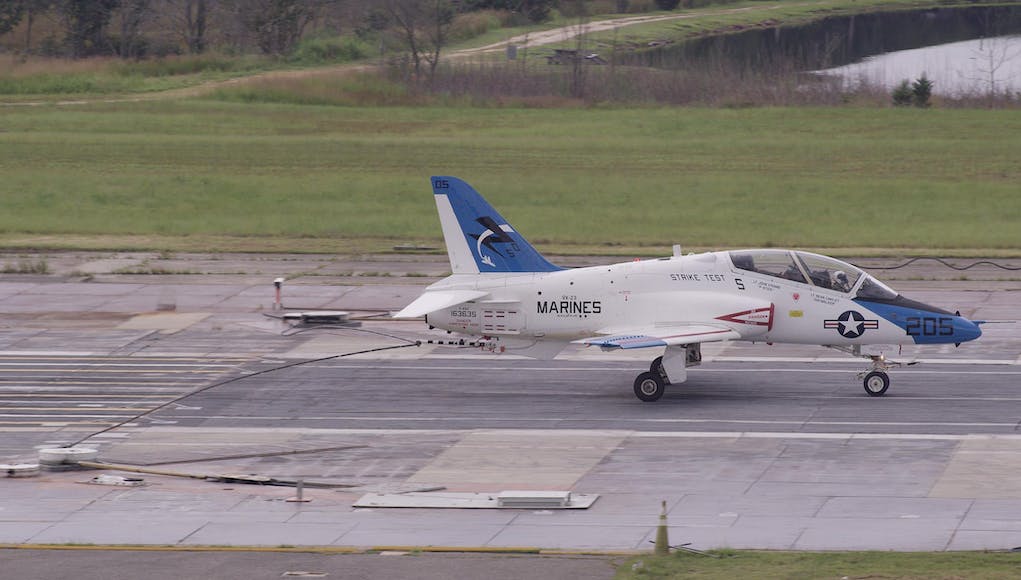 The US Navy say in a release that this series of testing ensures the new recovery system can support the USS Gerald R. Ford’s air wing.

By the end of this year, the AAG Program is scheduled to release formal approval authorising T-45 Type Model Series aircraft flight operations on CVN 78.”

The T-45 Goshawk is a highly modified version of the BAE Systems Hawk land-based training jet aircraft. Manufactured by McDonnell Douglas (now Boeing) and BAE Systems, the T-45 is used by the United States Navy as an aircraft carrier-capable trainer.

If the USN has sorted the problems with the Advanced Arresting Gear, then I would like to see AAG fitted to PoW/QE during the refit cycle, so they are STOBAR capable as well as STOVL.

Would agree with you. I think the ski jump would need to move have set similar to the Russia carriers with an angle deck to arrested landings. I think the main motivation to do this would be future UAVs which have no lift fan.