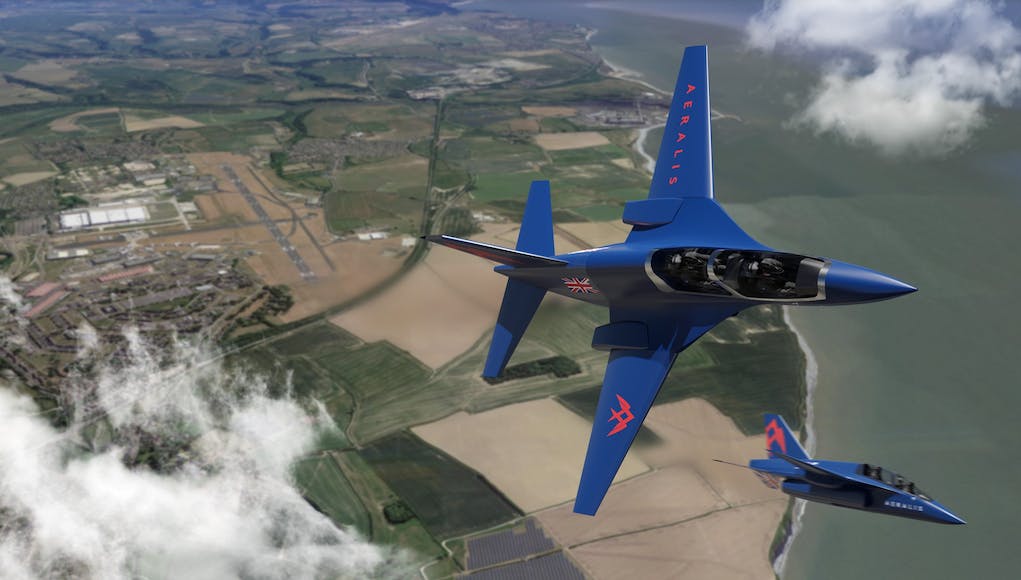 Aeralis has agreed a three-year contract with the Royal Air Force’s Rapid Capabilities Office (RCO) for research and development into a new modular approach to the design and development of future aircraft.

The RCO will support the requirements and design review process to gain an understanding of how AERALIS defines the ways in which agile, modular, commercially-driven aircraft design can develop and certify a broad range of future aircraft systems that could support the RAF’s ambition to rationalise its future fleet.

Aeralis is a UK-based aircraft developer specialising in creating a new class of “transformative military aircraft”. The firm say on their website:

“The new aircraft will be based on a modular system, enabling the company to deliver a range of configurations for different missions by using common fuselage and avionics while switching engines, wings and mission systems. The company has completed phase one and phase two development, with feasibility studies complete and its core team established in preparation to develop a pre-production aircraft with first flight targeted within 3 years. The AERALIS modular aircraft system streamlines the design, development and in-service support processes for military aircraft across multiple training and front-line roles, helping to reduce the complexity and costs of acquisition and sustainment when compared with more traditional approaches.” 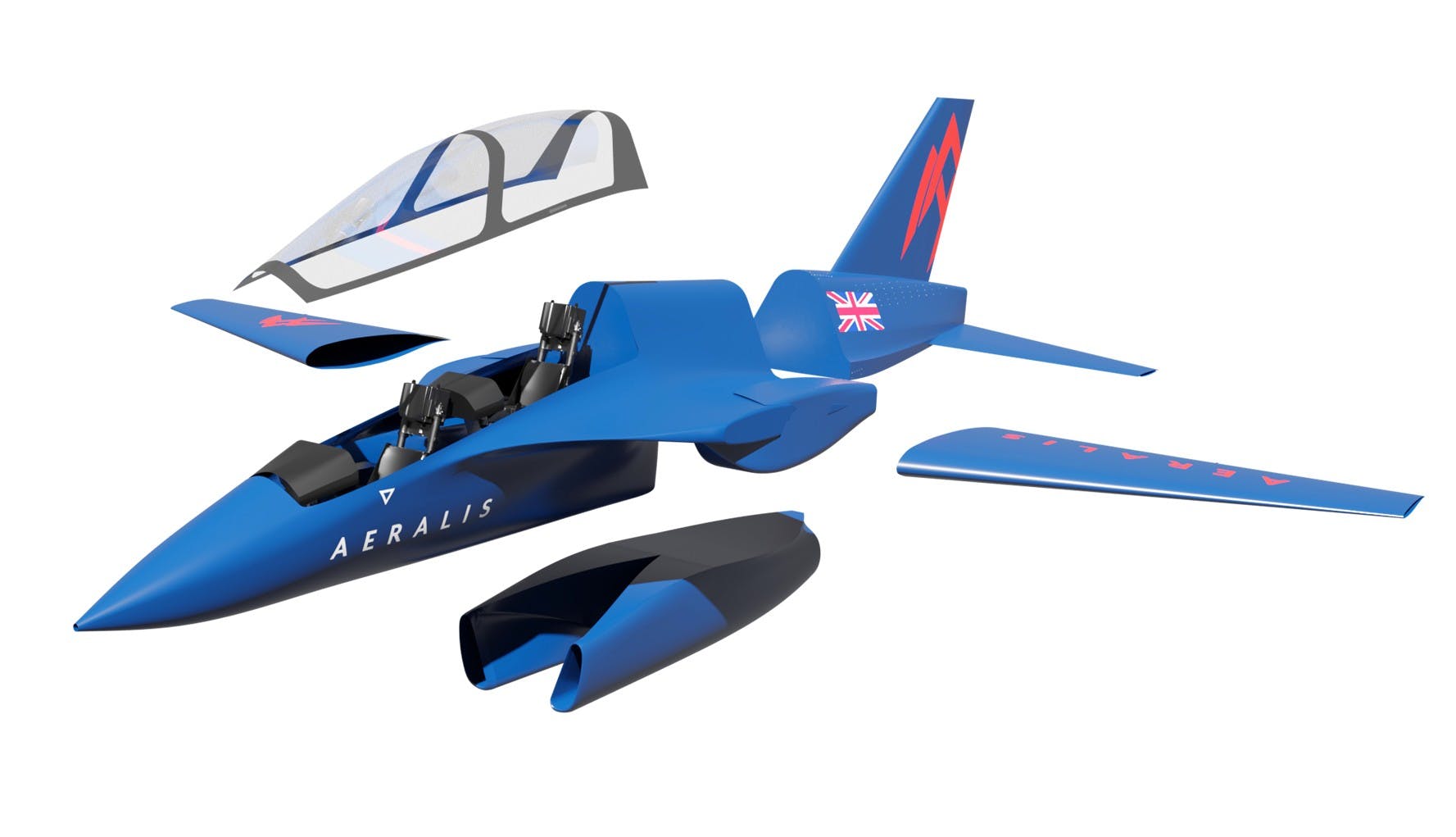 “AERALIS is focused on re-inventing how future military aircraft are developed and operated, and we’re delighted to help set the pace and vision for future RAF systems with the Rapid Capabilities Office”, said Tristan Crawford, AERALIS Chief Executive Officer.

“As well as helping to enable rapid, digitally-driven development and the certification of flexible, open-architecture aircraft systems, this supports UK prosperity and the Government goal to champion British innovation. We are creating a significant export and global relationship development opportunity for the UK.”

“I’m delighted to hear of the RCO contract with AERALIS.  This private aircraft company is adopting an innovative approach that I have not seen before in the combat air sector.  Its ingenious and innovative use of modularity, together with applying lessons learnt from the commercial sector offers the potential to break the capability cost curve that has dogged military fast jet programmes for many generations.  The design philosophy could be disruptive, providing a means to improve international competitiveness and shift away from expensive bespoke platforms.” 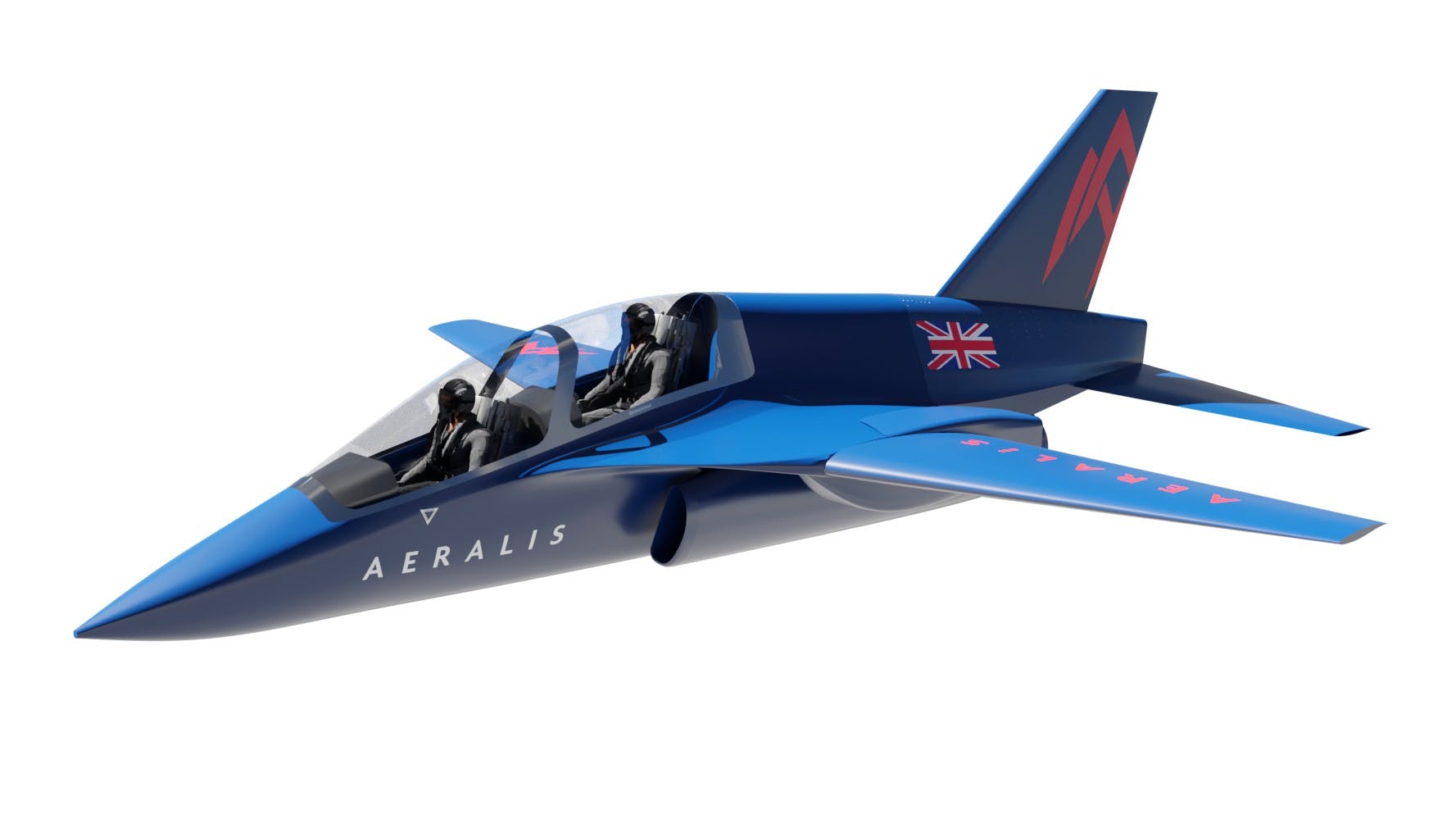 “We are pleased to be working with AERALIS to explore the modular air-system approach to future aircraft certification, design and development and, in particular, to understand the exploitation potential of PYRAMID, our new open mission system architecture.”

With a view to full-scale production, AERALIS say the project has the scope to directly create over 200 new UK high-value design and manufacturing jobs, supporting a further 3800 in the UK supply chain.

Poor old Aeralis. The concept of a rapid anything associated with the UK MOD is an oxymoron. Discussing requirements and getting involved with the design review process is painful in extremis!

The whole Aeralis project looks really promising. They need to have a prototype/ demonstrator in operation asap.
Meanwhile, I wonder if the new advanced/combat Hawk might be able to supplement the Typhoon/F35 force at an affordable cost. It would be ideal for routine air patrol, reducing wear and tear on the Typhoon airframes, and could be useful in close air support.

Combat Hawk BAe 200 already exists but is a limited airframe for fitting radar and weapons. However it would have to be cheaper to drop bombs from a fairly simple aircraft rather than expending F35 flight hours to drop bombs on terrorists who have no air defence capability.

I know that Malaysia and Indonesia operated the 200 mainly for ground attack. The latest advanced Hawk developed with India seems to offer useful performance increases on the old model. Absolutely agree that wasting Typhoon on anti insurgency ops seems wasteful.

We buy Typhoons and F35’s to use them, not to sit in hangars. Knobody uses cheap aircraft for CAS, because CAS is not a simple task. The more capability you have, the more options you give commanders on the ground. What would you want to come and help you out? a Strike Eagle and a Typhoon, or a Alpha Jet and a Hawk. It’s a no brainer.

They aren’t sitting in hangars, but why use them when a cheaper aircraft will do the job? Just saying.

Because it’s just a waste of money. Buying a limited capability. If we had the spare cash, better to buy another 30 Typhoons. Anyway we are buying Protector UCAV’S. People seem to think CAS is easy, it isn’t. A Hawk type aircraft simply doesn’t have the range and payload to be useful in the vast area’s of the middle East. And the cost to upgrade them with Paveway 4, Brimstone, and targeting pods, and many other avionic advancements, you might as well bought more Typhoons.

Because a typhoon pilot or a F35 pilot takes 3 years to train. And these a knob jockey would be able to fly

Using them wears them out since airframe life is determined by flying hours not by age. It may be that the Hawk’s purchase price is not low enough(a bit like Textron Scorpion which has yet to win orders) but it’s hourly operating cost is far cheaper than Typhoon or F35.
The Hawk.can deliver any of the ordnance needed for.CAS and it has the advantage that all RAF fast jet pilots have flown it.
Interestingly, the Aeralis website now shows a light combat variant

It is true they would have a much lower operating cost. But in this day and age, if the MOD found some spare cash down the back of the sofa, the money would be better spent on 5 more P8’s, or Protectors UCAV’S, or the funding for block 5 software for the F35. A light combat aircraft has very limited use, even for CAS. they just don’t have the range, speed and payload that make them useful over a vast area like Syria or Afghanistan. The money would be better spent on 30 more new Typhoons to replace Tranche 1… Read more »

Should have given the Hawks a wider use years ago!
They are more than capable of providing CAS, anti-ship, QRA

Spending money on hawks means less money available for Typhoon and F35. Aircraft with battle winning capability, that is not In hawks.

A hawk is not capable of CAS, anti-ship, and defiantly not QRA.

Analogy is the new OPV’s taking on lower rank tasks such as chasing pirates and drug smugglers and showing the flag thus relieving Frigates for more important duties. With regard to Hawk and son of Hawk I had always thought that this sort of aircraft might be a route for countries such as New Zealand and Ireland to get back into operating fast jets, however Hawk 200 for example did not seem to be that much cheaper than some other faster and more suitable 4th generation aircraft such as the F16

Bringing a 3rd frontline aircraft into service would just take away money from Typhoon and F35. If we had the cash, better to buy another 30 Typhoons than waste money on a jet trainer type aircraft with limited capability. Plus we are bringing Protector UCAV’S into service. This project isn’t about buying a new aircraft, but looking at how we can build more rapidly in the future, and exploiting the concept AERALIS are developing. This is forward thinking by the RAF.

Isn’t the point of Aeralis to have Trainers that can be reconfigure to another role rapidly?

Already have something cheap and effective it’s called Reaper/Predator. The recent conflict in Armenia/Azerbaijan suggests this is the way forward.

I think this is supposed to feed into Tempest modular architecture where the idea is it could be physically reconfigured between missions.

That’s certainly how I would look at this, project Tempest will heavily leverage this sort of technology.

This rapid prototyping is critical to Tempest being a viable programme.

I see the Franco German project is heading for the rocks, as France and Germany have already started squabbling over work share.

We let the Germans into Tempest at our peril…

Certainly dont want them onboard, promising to buy 500 when they will order 30.

That isn’t a uniquely German tactic. We did it with Typhoon, promised 250 ish and ordered far less. We also promised to order 138 F35 and received tier 1 status and a 15% work share, would that have happened if the US knew we would order half that, which seems likely?

I’m not saying it would be a good idea to have the Germans on board though. That is highly unlikely anyway as the success of their project is as much political as it is about the military.

Regarding the Typhoon 250 Airframes were the Original Requirement,once Details had been Finalised the UK was Committed to 232 which were all Delivered,160 to the RAF and 72 to the RSAF.

Not forgetting our order for F35s is over the life of the program 30 years down the line who is not to say that F35 would be our only attack aircraft. RAF won’t a split order but A is a different animal

To be fair, we also payed in 10% of the F-35’s development costs (at least, seeing as that cost overran) to get that position, it wasn’t just based upon the quantity of airframes we said we’d buy.

What would have happened if we’d known that the F-35 would come in vastly over budget and 10 years late?

To be frank when we inevitably cut the planned buy of F-35B to a more realistic quantity LM will have no-one to blame but themselves.

Sounds like a good idea if done correctly. It might reduce costs thus increasing inventory, if they don’t use it as an excuse yo cut the budget.

Using something like a Hawk for COIN/CAS ops not a bad idea. Similar to the Hawk having an AD role in the 80s. Also, the USAF has moved away from proposals to use the F35 in a CAS role to keeping the watchdog. Now, if there is one aircraft that refuses to die…

All aircraft designs are compromises to some extent or another. This proposal sounds like it will compromise the designs of a number of aircraft because of the desire for modularity.

I hope they do well. The Aeralis aircraft is not anything too spectacular, in fact its pretty basic aerodynamically. The problem is that aircraft training in the UK is now farmed off to competitive tender. Meaning the delivery is business first, therefore must be seen to make a profit. So this aircraft will have to be extremely reliable and cheap to operate, if the company is required to be in competition with others. Aerodynamically, I don’t see any advantages over the Hawk. Now that the Hawk has the new wing, uprated engine, glass cockpit and digital FBW. It is as… Read more »

I don’t believe the Advanced Hawk development was complete. I recall an artilce stating BAe wanted £100m to complete development after India rejected it for the indigenous Hawk-i. Boeing’s T7 Red Hawk trainer is circa $20m USD per air frame. The Advanced Hawk would be over $30m so whilst it may be good its not the the most competitive in cost terms. And we’ve now closed the production lines in the UK so their would be cost in restarting production.

You would have to ask WHY. When have we needed this type of aircraft it just allocating its development budget to support the industry