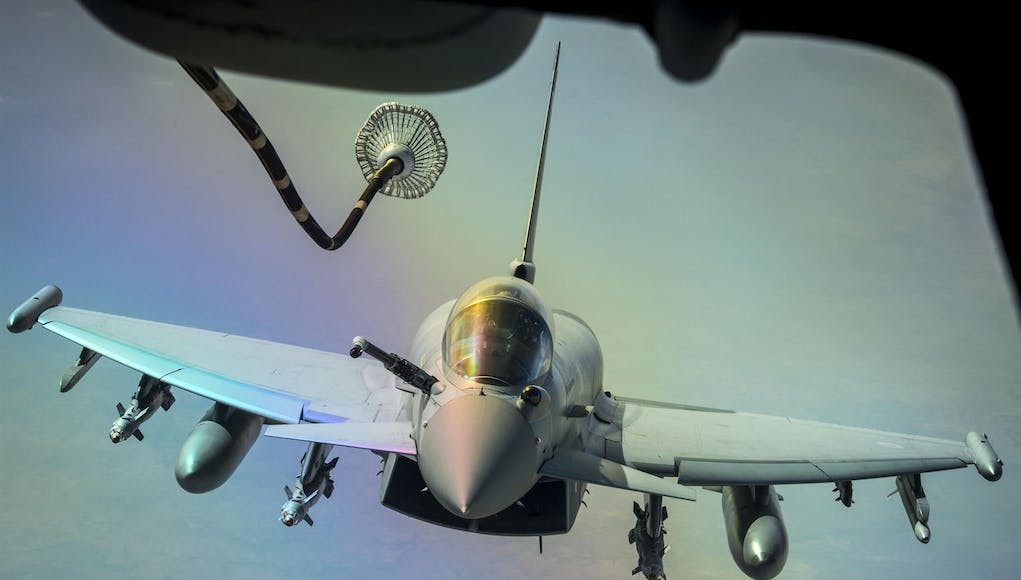 Airpower has been a key factor as milestones are achieved in the fight against Islamic State, a senior American officer told reporters via a satellite press conference from Baghdad this week.

“Coalition airpower in support of the Iraqi security forces has been extremely successful in the destruction of ISIS in Iraq,” said US Air Force Brig. Gen. Andrew A. Croft, deputy commander for air in OIR’s Combined Joint Forces Land Component Command.

“From the herculean effort in Mosul to the rapid victories in Tal Afar, Hawaijah and westward through the Euphrates River valley, the coalition supported the Iraqis by, with and through strategy.”

The strategy has been “wildly successful,” he added, enabling Iraqi security forces to reclaim their territory from a “barbaric enemy” and allowing coalition forces to minimise their footprint in Iraq.

Coalition bombs dropped in Iraq and Syria last week were the lowest total since the beginning of the effort in 2014, an indication that Islamic State is “totally fragmented”, Croft said, though some ISIS remnants are still in Iraq.

“The coalition’s job now is to enhance these capabilities within the Iraqi aviation enterprise through its train, advise and assist mission,” Croft said. A coalition aviation and training team, or CAAT, stood up in February to leverage the US and coalition forces already deployed to Iraq, the general told reporters.

“We will do this by working with pilots, technicians and planers to increase the effectiveness in areas such as basic and advance flight training support to Iraqi ground forces, medical evacuation, aircraft maintenance and logistics,” he explained.

ISIS made a strategic error in trying to hold ground by declaring a nation to be defended they simply became targets for air strikes, then local forces allied to that air power simply rolled them.up.

A guerilla force needs to use guerilla tactics to succeed.

There will be ongoing an islamic terrorist threat for next century.

At the present most the victims of this terror are other Muslims.

The situation will get much worse, particularly in western Europe, before it gets better.

The allied commanders saying air strikes we’re key, no kidding, no vested interests there. I strongly suspect the ground forces would have achieved the same without the air strikes, ok with a few extra casualties. The real question is whether the air strikes will have worked as a recruitment tool for terrorist and once the ground war is over whether we and Europe will feel the pain of this. My guess is the leaders are still mainly at large and now even more bitter towards the West for stopping from their perspective a nation that the people wanted (life is… Read more »