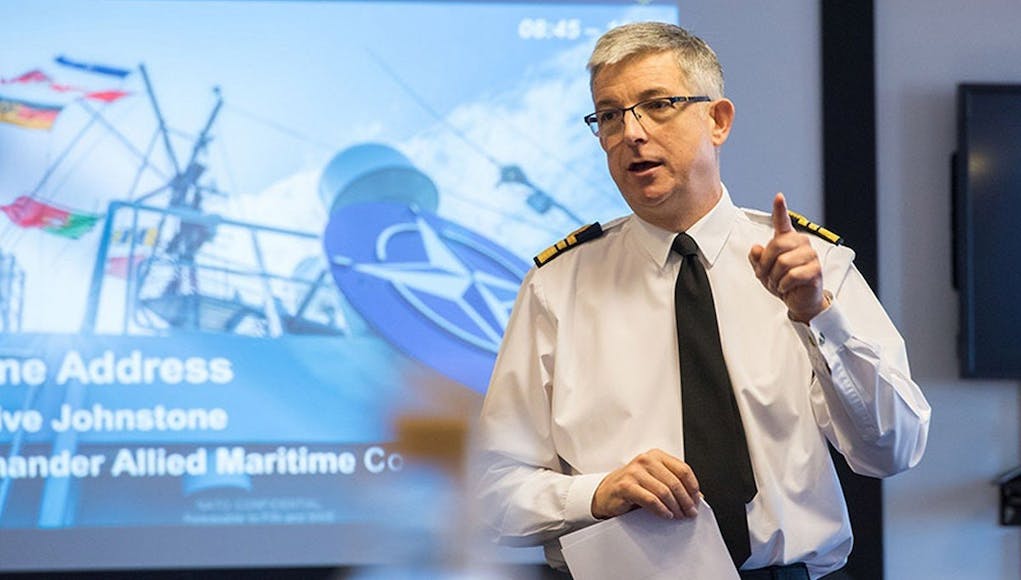 NATO say that the conference serves as a platform to openly discuss maritime topics to enhance cooperation across the maritime domain and increase cohesion of effort while providing value back to national Navies.

The conference covered topics ranging from the maturation of NATO’s Operation Sea Guardian which focuses on Maritime Security Operations in the Mediterranean to coordination and cooperation across the NATO area of responsibility on Maritime Situational Awareness and included a readout from the MARCOM Maritime Operations Centre Directors Conference held in Northwood.

MARCOM also took the opportunity to update naval leadership from across the Alliance on how NATO is using the ships, aircraft, submarines and sailors contributed by the nations to support collective defence.

“In the last year, MARCOM has flexed the schedule of operations and adjusted deployments to adapt to the changing security environment all around Alliance states. An example provided to the leaders included MARCOM’s efforts in the Black Sea. NATO is currently planning for a 50 percent increase over last year of Standing Naval Forces presence operations in the Black Sea, this is three times the presence the groups had in 2015.
This effort not only bolsters NATO’s joint Tailored Forward Presence (tFP) in the region, but offers more opportunities to build interoperability among the ships of the Standing Maritime Forces and the Allied and Partner maritime forces of the Black Sea.”
According to a release, participants also used the opportunity to provide feedback to MARCOM on activities and operations. MARCOM staff officers will use the feedback to help shape the planning for the next year and beyond.