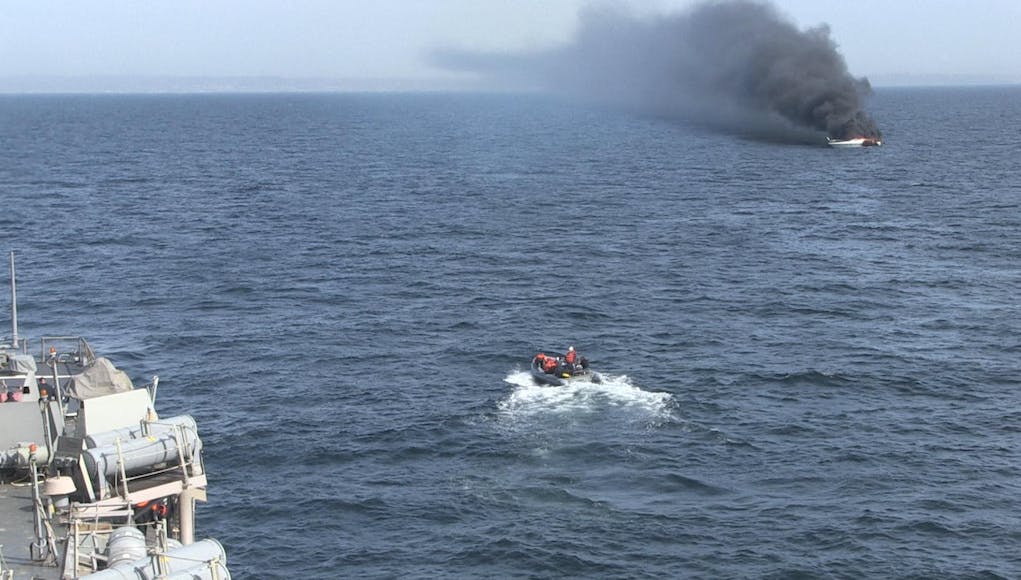 The Arleigh Burke class guided-missile destroyer USS Ross conducted lifesaving emergency search-and-rescue operations for a civilian Turkish vessel in the Sea of Marmara while conducting her southbound transit from the Black Sea to the Mediterranean Sea, say the U.S. Navy.

A fleet of Turkish patrol craft guarded Ross from the surrounding traffic as Ross lowered all crewmembers onto a Turkish search-and-rescue craft to return them ashore for further medical attention.

“In accordance with international law of the sea and maritime custom, the U.S. Navy assists mariners in distress, just as any other as any other mariner would,” said Cmdr. J. D. John, commanding officer of USS Ross.

“This demonstrates the multi-mission capability of Ross and our ability to respond rapidly to any situation.”

The U.S. Navy also added in a release that it “routinely operates in the Black Sea consistent with international law, including the Montreux Convention”.

May 3, 2021
British F-35B fighter jets operating from HMS Queen Elizabeth are to conduct combat operations against Islamic State in Iraq and Syria.