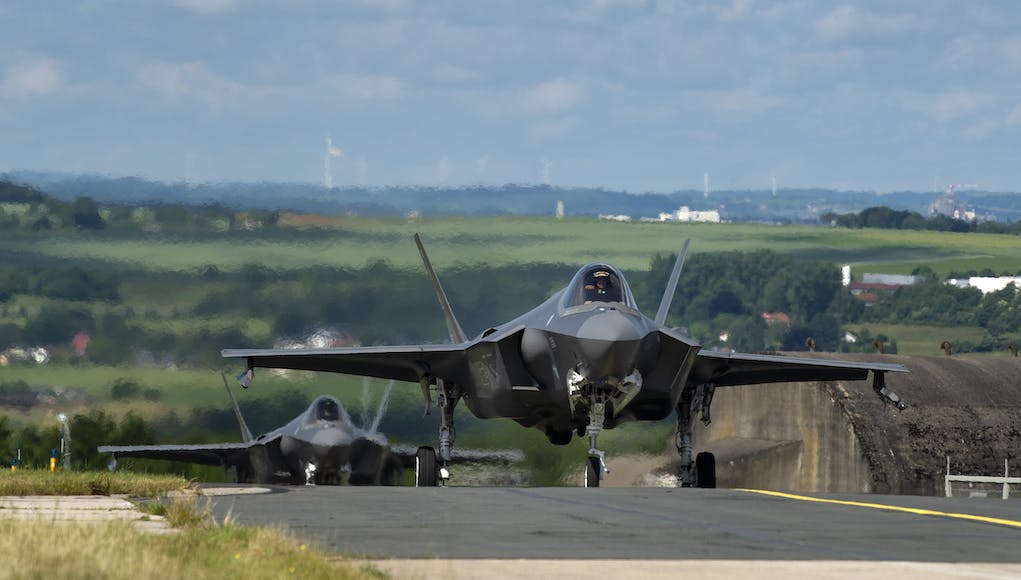 The US Air Force has deployed one squadron of F-35 jets to Spangdahlem Air Base to participate in exercises and conduct training with other Europe-based aircraft as part of a Theater Security Package.

Funded through the European Deterrence Initiative, the TSP provides a more robust US military rotational presence in the European theater capable of deterring adversaries and assuring partners and allies of the US commitment to regional security, say the US Air Force in a release.

“The entire 421st (Fighter Squadron) ops and maintenance team are extremely excited for this deployment,” said Lt. Col. Richard Orzechowski, 421st Fighter Squadron commander, as the squadron departed Hill AFB in the US.

“As the final 388th Fighter Wing squadron to transition to the F-35A, we’ve been able to leverage the experience of the 4th FS and 34th FS, and take the squadron on the road just six months after getting our first jets. We are really looking forward to continuing the cohesion built with our allies and partners. It is a real privilege to get the seasoning, training and life experiences for our 388th and 419th FW Airmen.”

The 388th FW is the Air Force’s first operational F-35A unit. This is their second deployment to Europe.

The first was the 34th F S deployment to RAF Lakenheath in April 2017. The 421st FS is the newest F-35A squadron and this is their first deployment with the multi-role stealth fighter.

I wonder when they will be relocated to Poland?