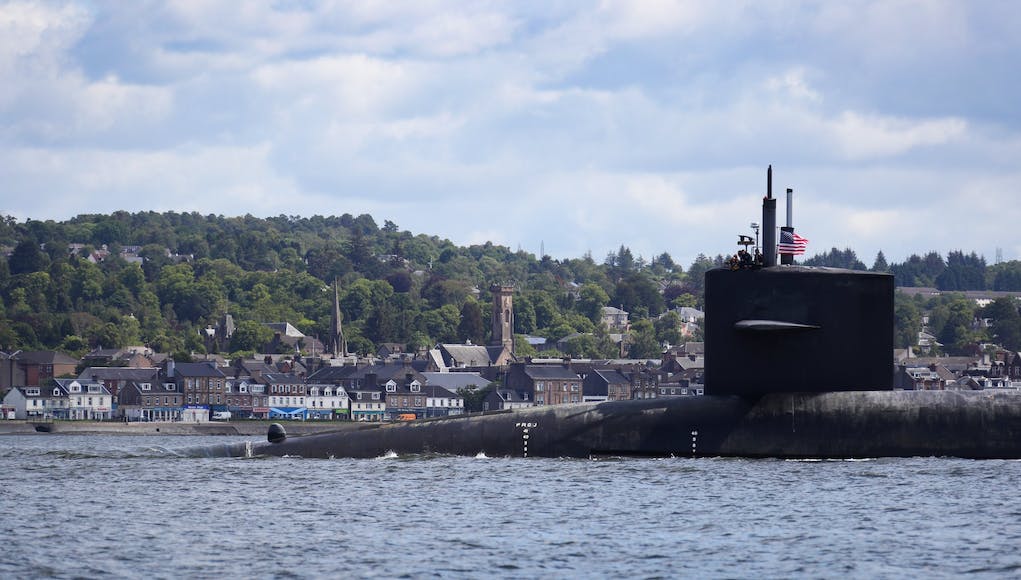 USS Alaska arrived at Her Majesty’s Naval Base Clyde near Glasgow this week.

The US Navy say that the port visit ‘strengthens cooperation between the United States and United Kingdom’, and ‘demonstrates US capability, flexibility, and continuing commitment to NATO allies’.

The submarine is now berthed at HMNB Clyde. The base is sited at Faslane in the west of Scotland not far from Glasgow, one of Britain’s largest cities.

It’s one of three operating bases in the United Kingdom for the Royal Navy, the others being HMNB Devonport and HMNB Portsmouth. It is best known as the home of Britain’s nuclear weapons, in the form of nuclear submarines armed with Trident missiles.

How does this work with regards to access for UK police or the like?
These are presumably pretty secret but if a crime were to be committed aboard while in a UK port how would that be handled?
If I were a regular policeman I’d not be surprised if I were prevented from seeing sensitive military tech but I also have a job to do.
Has that situation ever occurred?

Isn’t every nuclear submarine secret in some way, whether missiles or not? Indeed is not every navy ship of every type, and from any navy, not secret? What is the difference?

Don’t the military police investigate military matters on military bases. But maybe I have been watching too much of the work of Special Agent Gibbs.

Wouldn’t that be the responsibility of the MOD Police ?

I wondered if this would be classed as something similar to an embassy, where its the territory of the owning country and they would ship over their own investigators.

A crime on board a US warship would be the responsibility of the US Navy regardless of which foreign port it is berthed. I would assume.
A US punch up in a pub in Helensburgh, your problem! ?

interesting question.. as with any warship though the SSBN extends the sovereign territory of its flag state. local police would be stopped at the gangway (or before..) and responsibility therefore sits with the captain as to whether to hand the crewmember to the local authorities – or to manage whatever has happened through a military court.

The NATO Status of Forces Agreement covers this. It’s no different than a crime committed by a USAF member on an RAF base where nukes are stored. NIS would investigate.

If a crime occurred on board it would generally fall under the remit of the Captain or if serious enough the NCIS would be involved. Though if it were a capital crime like murder, while berthed in the UK, I’m not quite sure where jurisdiction would lie as the rules are deliberately ambiguous.

If a US sailor committed an offence ashore, and then returned to the boat, the RMP would request access to the sailor via the ship’s Captain. Depending on the severity of the incident, in most circumstances the Captain would authorise this request or risk a diplomatic incident.

I’d also imagine the captain would also not want to anger the local residents and officials so would most likely relent and hand over someone accused of murder.
What about a murder between shipmates?
If it’s on a US boat but in a UK port what happens then? Would they be charged in the UK or US?

Deep freeze the body and lock the offender in the brig. Court marshal back in the US. AMERICAN BOAT = AMERICAN TERRITORY

replied on the wrong bit…ignore, nothing to see here 🙂 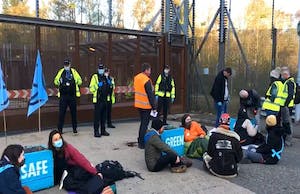