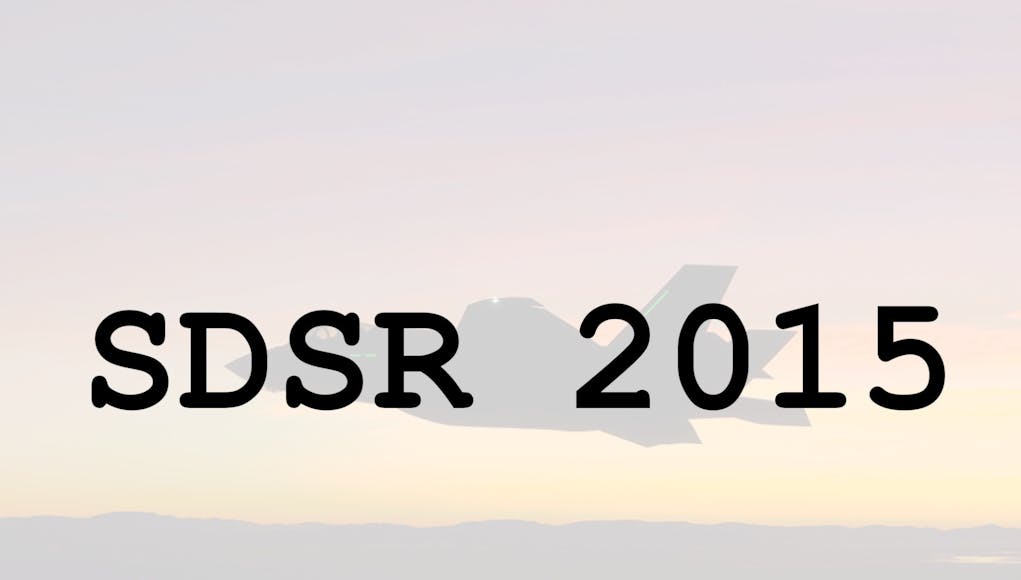 The Human Security Centre have announced the publication of ‘The Two Per Cent Solution: An Alternative Strategic Defence and Security Review’. In their own words this review examines the security and defence threats facing the UK and puts forward recommendations regarding the measures required to address them, in order to inform the government’s forthcoming Strategic Defence and Security Review and its accompanying National Security Strategy, while also contributing to the larger body of knowledge on the UK’s defence and security. The review can be accessed on their website.

Their team, lead by author of the review and senior research fellow, Dr Rowan Allport, believes that there are realistic alternatives to the policies currently being embarked upon – and that a core component of such policies must be a commitment to a defence budget (as it has been traditionally defined) of 2 per cent of the UK’s GDP.

In addressing the threats, both old and new, brought up in the review, Dr Rowan Allport has said,


“Very few individuals would dispute that the threats faced by the UK and its allies have substantially escalated since the last SDSR in 2010. As is reflected in our review, the new challenges are most clearly embodied in the rise of the Islamic State and Russia’s actions in Ukraine. The greatest threat to the physical safety of the UK remains terrorism, principally of the type rooted in Islamic extremism. Addressing this will require a mix of approaches that will run from expeditionary military operations to community-based counter-extremism programmes. The other main challenge we face is that from conventional warfare between states: the return of Russia as an international aggressor has made the issue of interstate conflict far more urgent than it was in 2010. The security of Eastern Europe and how we can support it must now be factored into military planning in a way that has not been the case in recent years.

Unfortunately, however, we cannot ‘pick and choose’ what issues we deal with. At a minimum, we believe the UK should be able to sustain two substantial operations overseas simultaneously for a limited period – as the Armed Forces was structured to do prior to the 2010 SDSR – whilst also maintaining a credible domestic defence capability.”

Attached here and visible below is their idea, what do you think?

Well they’ve picked up on the Typhoon rumour and the P8 and the Predator. Most of the rest is the same. Makes sense anyway.

Blimey, they can’t be politicians, they’re talking a lot of good sense!

In general I like it, Lockheed Martin won’t though. A total F-35 purchase of 70 proposed vs the original plans for 138. Still, with Canada almost certainly pulling out of F-35 altogether we won’t be the only ones and who knows how the rest of the European partner’s initial planning numbers will start getting scaled back as well. I really like the idea of buying the 4th Bay class back off Australia, it’s a thought that I’d had myself. I think it was initially bought by The Australians as a stop-gap while their Canberra class LHDs were being built and… Read more »

Interesting read i would however up the orders of both the f35 to the original number of 149 and would add 4 frigates to 13 suggested.

70 f35b would not cover any future plans to retire older typhoons and 13 frigates would only place like for like and would not deal with the surface fleet gaps.

Yes agree original numbers of F35 and order new Typhoons / update the old ones plus some maritime reconnaissance planes like the P1. Keep the same no of Army nos to protect us abroad and within plus more recruitment of Special forces SBS, SAS. The Navy needs to be bigger ideally 6 more type 45’s and same nos of new Type 26’s as the current nos of type 22 and more inshore patrol boats to detect our own inshore waters, e.g., drugs, terrorism, etc

More recruitment of SAS and SBS (or SRR, for that matter) is problematic. Selection has about a 7% pass rate, and it’s not as if we have a larger pool of potential recruits – the pool is actually smaller than it’s ever been. Even Delta, with its much larger budget, maintains a similar number of Operators. Even if we run more Selection Cadres and recruit for UKSF aggressively in the Regular forces, I don’t see how we can expand Special Forces much more without compromising standards.

Will have a read this avo.

its interesting one thing why not the P1 instead of the P8 ..

Mostly agree but 70 F35Bs not enough

I am an undoubted supporter of the F-35, and I genuinely believe it will be leaps and bounds ahead of international competition, but (WITHOUT wanting to antagonise anyone) I think an order for about 90-100 aircraft would be safer than 70, simply as it allows more aircraft to be available for wider overseas operations, in particular relating to the carriers. I’m more than aware that this is just a prediction, I merely hope that the government considers the capability that could be met through purchasing additional units. One more note to add, can someone tell me why the RAF are… Read more »

Looks like this will be announced in the SDSR http://www.bbc.co.uk/news/uk-politics-34864328

It’s a well researched paper especially with the increases to Personnel and some equipment, however does the UK have the transport logistics to send or forces overseas – Is our C17 fleet big enough and now that the production line is supposed to be closing down what alternatives do we have, the same question would apply to the maritime component does the UK have the resources to send troops and equipment overseas, The RN/RFA levels appear to be well under what’s required ( Should we have purchased or leased the two French built Amphibious carriers that were ordered by Russia?)… Read more »