HMS Albion took part in a two-week exercise off the Cornish and Devon coast, say the Royal Navy. 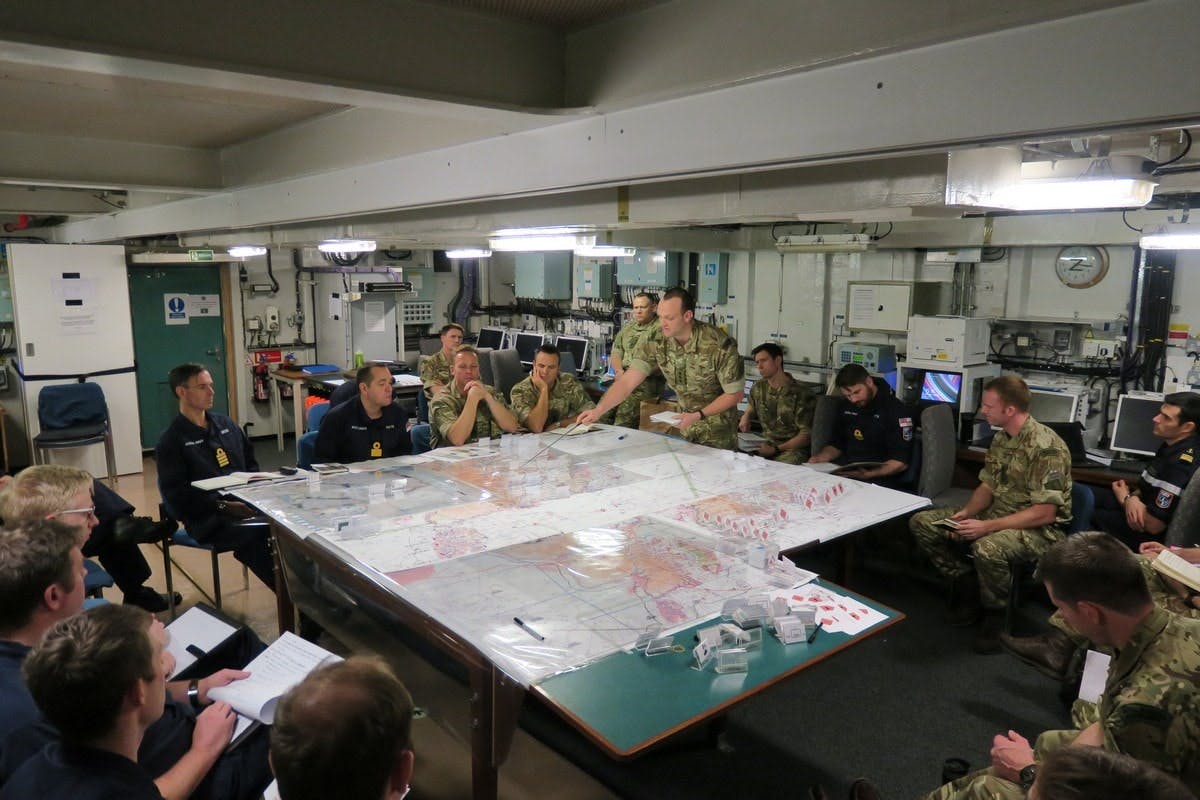 “Returning Albion to sea after a prolonged period alongside for maintenance and leave has required a massive effort from the A-Team and they have performed brilliantly. South West Sword has been a huge success despite the unrelenting Atlantic lows that have battered the south coast.

Embarking the Joint Staffs, led by COMATG and Brigade Commander, has brought into sharp focus the primary role of Albion, and as Fleet Flagship we are looking forward to flexing our amphibious muscles over the coming year.”

albion and bulwark are vital assets to the R.N and must not be given to the great god of the treasury to do away with

I would love to see there replacements, Hms QE and POW did have extra work done so they can embark marines and equipment to fill HMS oceans role. I hope they don’t scrap Albion and Bulwark once the carriers are operational along with the two littoral combat ships, we need the amphibious capability and we are among the best at it.

Yes. But we need three bigger, faster ships to replace them (and Ocean).

I agree. Steve. The Non replacement of HMS Ocean Sucks.

Of course, they can. Albion and Bulwark have no hangars for a start.

1 qe also makes a much digger target close to shore.

But only In one place Robert.

I would tend to agree, a two hanger deck deck amphibious Helicopter carrier, with dock well and full CC facilities.

Cable of carrying and operating 25 helicopters, (embarking a flight of F35’s when needed) with full maintenance facilities,.

Carrying a full RM Commando with equipment plus landing craft via dock well and built to full Naval standards.

Three such ships, displacing approx 30,000 world be a one for one replacements for Ocean, Albion and Bulwark.

Any future LHD is guaranteed not be F35 capable. The risk of a future Treasury led review deleting the carriers becuase the LHD was “good enough” as a swing role lighr carrier would be just too high. While a pair of 30,000T LHD would certainly be welcome as Albion replacements (Hermes and Centaur for me), will it actually happen any time soon? With my business brain on the announcement of the Litterol Strike Ships has surely pushed that day further into the future. The Albions are being well looked after, and between the pair are not racking up huge numbers… Read more »

Any replacements should have 20,000 tons displacement and a hanger.

It seems that many here are starting to agree with arguments I have made for some time in that the RN needs to have three HMAS Canberra type ships to replace Albion/Bulwark and Ocean. We do need a heavy lift capability for over the beach operations. I also argue that the flight decks should be capable of operating F23s but only eight at a push as the Spanish have done with the original design and as the Aussies are starting to think about. The reason for the eight at a push is close air support or if NATO ever did… Read more »

Absolutely Ron, we need flexible ships, I would agree, capable of acting as escort carriers, Command and Control platforms, ASW carriers etc. 8-12 F35’s would be fine for the escort roll, with a Squdron of Merlin’s. Forget the traditional North Atlantic ASW escort roll, as the UK works towards a new world wide trade economy, the ability to protect shipping worldwide will become increasingly important. A 30 max Helicopter load out for the assault roll, would give a good mix of Chinook, Merlin and Apache, as part of carrier battle group with a QE class at its heart. I wouldn’t… Read more »

“as the UK works towards a new world wide trade economy”

What we ‘should’ have after this BREXIT frasco is finished with, SS.

We already have one, brexit will make not an ounce of difference to how we trade with the world outside of Europe.It just means we have had to and will have to pay for a lot of people to get the trade deals we already had in place.

Our goods will still not be competitive as we cannot work for the pittance the second world pays its workforce and our standards ( that protect our wellbeing) are higher than poor nations are willing to pay for.

The neoliberal dream is just that.

Whilst I completely agree with your sentiments Ron and would love to see it become reality, I cannot realistically see this happening with the way things stand. At the moment, I hope those two ships that Gavin W proposed actually come to life. I think that is the closest we will get. The other thing I hope for is 10 type 31s. And obviously, this is after all the other bigger issues are resolved, not in place of them (enough crew, enough spares, ships built for but not with actually built with etc). Just out of curiosity, how much do… Read more »

Why this fascination with having an expeditionary force? Island nation so I understand the desire for a strong frigate/destroyer force, but why spend so much on carriers and assailt ships to move a few thousand men when that money could be spend on SAM and Cruise missiles to defend your country? As it stands you have no real A2/AD defense except for whatever ships might be in home waters, nothing worth mentioning land based. Just curious

Overseas territories to defend, European defence interests to lead and American defence interests to follow. Expeditionary force isn’t a side piece for British foreign policy, but the cornerstone. Its why Britain naval logistics (Tides, Wave Rulers, Victorias and Rosalies) and amphibious capabilities (Albions, Bays, Points) are so much larger than any other European nation’s

I forgot to mention the new littoral strike ships and their associated squadrons as well. I believe they’re meant to be ready by the early 2020s

Thank you for the reply Levi. You explain why a need for expeditionary force, this I understand for a limited type of conflict, but I still dont understand why the big focus on this at the cost of next to no home defense A2/AD. The media is constantly full of articles about the threat Russia poses to Europe, how we are preparing to take the Baltic states etc at a moments notice, if this was true then would not investing in western A2AD be logical? The UK would be a major hub of supplies and reinforcements therefore a very good… Read more »

God knows, I’m sure budget pressure is the reason and the government just the necessity of using expeditionary force to defend Commonwealth states (Belize and Brunei especially), Overseas Territories (Falklands and Gibraltar especially), NATO and UN missions or the latest US war to be significantly more likely than a war with Russia. I make the same judgement too, though in a perfect world, all defence needs would be catered to.

This way though, the UK can be far more useful to its allies and to her own foreign policy objectives than turtling up on just the one island

Ulya there is no way of defending against literally thousands of air,ship,submarine,land launched cruise missiles that Russia has.The best way to defeat them is to go after their launch platforms so expeditionary forces that are flexible and can turn up anywhere is a better solution.These forces are by nature flexible any way so can be used for all sorts of operations both non and war related.The so called advanced ground to air capabilities the Russians have are them selves very vulnerable and of limited use in any thing but denial of airspace.

Ulya, I remember reading somewhere that the best weapon the Royal Navy has is the ability to land troops anywhere at any time. It also means that the British army does not need to be as large as a continental army as the opposition does not know where it will land so it would need to defend its shores using up more of its army. The next issue is a bit more complicated, for nations such as Japan and the UK the Navy is defensive in use. It is needed to defend convoys,so that supplies even basic supplies can get… Read more »

We only up against russian rust and not much else . This ship is more than capable .

Thank you for the interesting reply Ron, we also have financial constraints, but for us it is the poor Navy that is last on the list, creating A2AD is priority. With cruise missiles targeting the UK, I was meaning conventual warheads, if it turns nuclear, then as you say, we are all lost

Which overseas territories do we have such that we have to span the globe??
We defend our selves with NATO. We defend the north sea with the help of Norway. We defend the North Atlantic with USA and Canada. We defend the Med if we chose to with NATO allies. We help Australia NZ to defend themselves.
If we get involved in the middle East it’s because we chose to.

Why is it silly?

Not long ago we had Ocean, Bulwark and Albion.

A replacement for all three which is an improvement in capability, protection etc.

In all walks of life to replace and improve is what we all strive to do, why is this any difffrrent?

Trevor H, I understand your comments clearly so I will try to explain using your scenario of a NATO Russian war. One of the assumptions that you have made is that the US and Canada can come to the aid of NATO with all of their capability. What you seem to forget is that the US and Canada will need to protect the Pacific as well Alaska is only a few miles from Russia. So in all likelihood only 25-30% of their naval strength would be available for the Atlantic. The second issue is that the UK would have to… Read more »

“Which overseas territories do we have such that we have to span the globe??”

Any and all of them…

We have no peer NATO allies apart from the US. They really aren’t all that much help. Defend the North Sea with the help of Norway? You’re just being silly now. Norway? 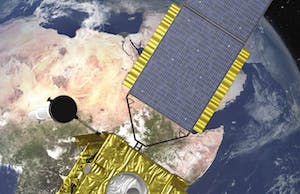