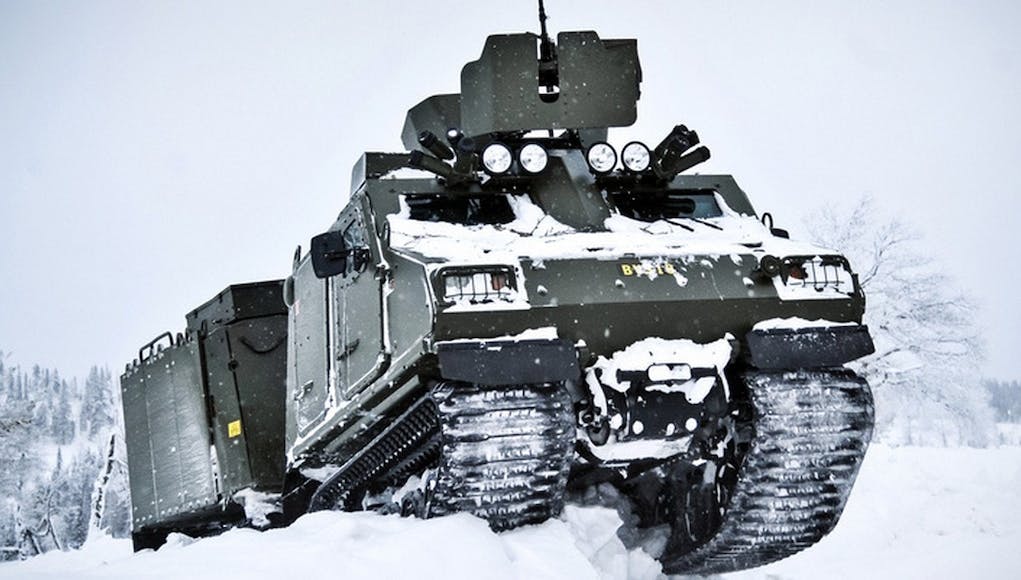 BAE Systems has been awarded a contract to produce 32 BvS10 military vehicles for Austria under a government-to-government arrangement with Sweden.

According to a BAE Press Release:

With this agreement Austria will benefit from the Swedish government’s selection of the BvS10 in an open international competition.

The BvS10 is a highly maneuverable armored vehicle with superior performance for operating in challenging terrain to deliver personnel or cargo in combat and disaster relief scenarios. It is designed with great flexibility to accommodate changing mission requirements and is prepared for advanced battle management and command and control solutions. The contract is for the Armored Personnel Carrier variant of the BvS10 with deliveries beginning in the second half of 2017 and concluding in 2019.

“This investment provides the Austrian Army with a very capable and robust vehicle, and enhances our global position as a leading supplier of military vehicles,” said Tommy Gustafsson-Rask, managing director for BAE Systems Hägglunds, which manufactures the BvS10 in Örnsköldsvik, Sweden. “Further, this contract is a result of a close and unique cooperation between the Swedish and Austrian governments and BAE Systems.
The BvS10 will also play a role in Austria’s mission in the European Union Mountain Training Warfare Initiative (EU MTI), and BAE Systems is fully committed to providing all required support. Austria will be hosting schools, training and support services. The EU MTI was created to enhance military effectiveness in mountainous terrains, an environment where the vehicle excels.
The BvS10s feature enhanced crew ergonomics, greater internal volume and advanced protection, building on BAE Systems’ legacy BV206 vehicles, of which more than 10,000 have been sold to more than 40 countries. The vehicle has been deployed to Afghanistan, Central Africa, the Balkans, and the Middle East.
With the contract Austria is joining France, the Netherlands, Sweden, and the United Kingdom as operators of the BvS10.

gonna stick some wheels on it…moves quick and has stealth 😉

A real success story for the Swedes. Although I like the Malaysian competitor too.