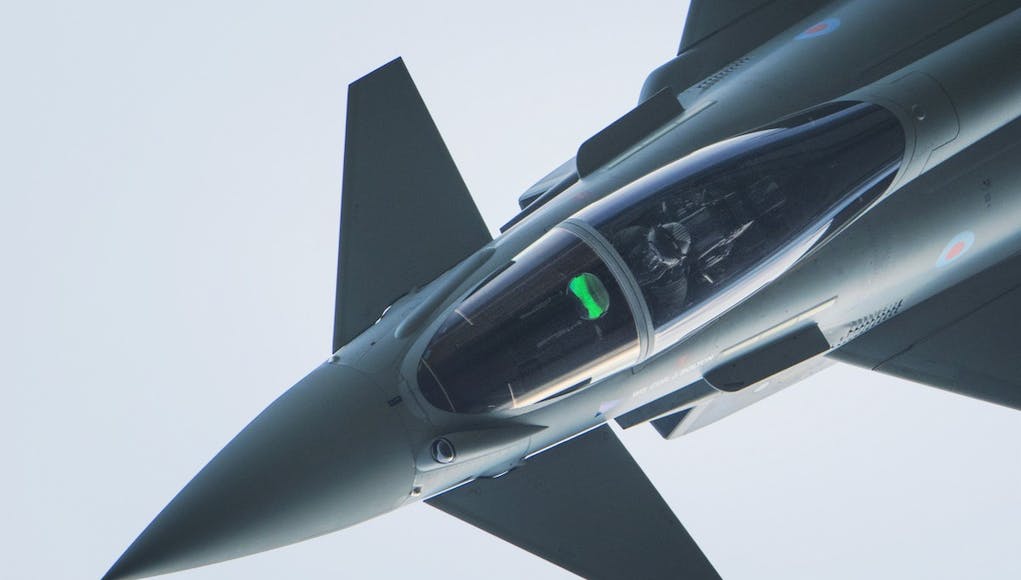 Tanner said she had directed the General Staff to prepare for negotiations with Jakarta.

She said the “exit from the Eurofighter system” is the declared goal and the sale is in the best interest of taxpayers.

Two options are available for the sale to proceed. First, the Eurofighter consortium will have to issue a end user certificate to Indonesia and Austria will sell the jets directly to Indonesia.

Alternatively, Eurofighter will buy back the planes, upgrade them and sell them to the South East Asian nation instead.

For more information, please head to the original report in local media.

If these are being offered for a reasonable price should the MOD put in a bid,it could help to sustain the Tranche 1 QRA Fleet.

How is it that Austria chooses to scrap its Typhoons?

At a guess, a neutral country surrounded by friendly nations who would, in the process of defending themselves, by default defend Austria too?

Its landlocked by friendly nations; and a modern jet fighter/bomber can cross Austria at its widest point in 10min. Even the RAF needs up to 4mins to get QRA birds up.
The interception strategy for Austria simply isnt sound. Maybe they should fix their main military search radar first; it got struck by lightning several years ago and is still U/S despite several half-hearted efforts to fix..

They think they are too expensive to Operate and Maintain – for a Small Number of Airframes they will likely go for Gripen which will do the Job for much less cost.

Forgot to add , the whole Deal for these Typhoons was marred in controversy,there was talk of corrupt dealings etc,the usual events where large Defence contracts are concerned.Basically they paid more for 15 Second Hand ex Luftwaffe examples than they should have paid for the 18 New ones that they originally contracted for,it left such a sour taste in the mouth i think they just wanted to get rid at the earliest opportunity and move on.

Hi Paul, Maybe they might go for the Gripen – but the Swedish jet won’t do as good a job. Typhoon pilots have told me the performance of the Gripen is like a trainer in comparison with the Tiffie.
But I agree – maybe Typhoon was over-spec’d for their defence needs.

Yep, totally over-spec’d. Its bizaare when you see an RAF Typhoon leave the runway loaded for bear across all its hardpoints, and then see an Austrian one take off, possibly but not always loaded with one of their entire stock of 25 IRIS-T missiles. Maybe the Gripen is a better choice in terms of need, and they have a long history of buying from the Swedes (Tunnan, Draken, Saab 105), but I understood that unless they get ex-Swedish airframes, the cost savings wont be that much… This is largely a poilitical decision, I reckon, the arguments are still raging here… Read more »

Hi Geoff, At the time, I remember thinking how an Austrian Typhoon purchase made sense – sharing economies of scale/logistical support with the Luftwaffe. How wrong could I be!
I agree about the traditional Swedish connection, although do you remember when Austria almost bought ex-Saudi Lightnings?
The RAF could certainly use some additional low-hours airframes.

In 2003 Austria signed deal for 18 fighters and servicing at €2bn (140m per plane including lifetime maintenance and servicing) then in 2006 an election resulting in Socialists who campaigned on reducing defence spending joining as minor coalition partner, immediately cancel deal after two already built and four close to completion, Eurofighter demand €1.2bn in compensation. In 2007 with compensation still being negotiated Austrian government realises Socialists dont really bring many seats to table and reopen acquisition talks, agreeing deal for 15 at €1.6bn. Deliveries completed in 2009. In 2014 Austrian army broke, they only had 12 pilots for 15… Read more »

Thanks for that. I’ve always thought that from both sides of the spectrum Austria was full of crass politicians.
They look a weak ally for the West.

I’ll give them £50 for one although I have a feeling I’ll struggle to get get it in my garden.

Would make for an awesome Flightsim 2020 set-up.

Indonesia could be a great client, their GDP will be one if the largest.

Yeh, gettting the aircraft, even if secondhand, sold into a new region of the world increases the chance of further orders. Although time is running out to keep the lines open…

I think the Typhoon deal for Austria also tied in with the UK Support Vehicle Contract. All the vehicle cab and chassis built in Vienna, and BAe got to build bits for the Typhoons. That way, both countries could claim that they were supporting their own industries