BAE Systems has received a $89.4 million contract from the U.S. Navy to perform major modernisation work aboard the Arleigh Burke-class destroyer USS Mustin at its shipyard in San Diego.

The value of the contract could reach $95.2 million if all options are exercised, say BAE in this news release.

Under the depot maintenance period (DMP) availability contract awarded, BAE Systems San Diego Ship Repair will dry-dock the ship, perform underwater hull preservation work, recondition the engineering spaces, upgrade its command and control equipment, and refurbish the crew’s living spaces. The DMP work is expected to begin in May 2022 and be completed in November 2023. The company expects to dry-dock the ship at the San Diego Naval Base and then complete the remaining work at its Barrio Logan facility.

“A depot maintenance availability is a significant project for upgrading the capability of Aegis destroyers,” said David M. Thomas, Jr., BAE Systems San Diego Ship Repair’s vice president and general manager. “Our ship repair team has the critical know-how for repairing DDGs from our prior work. The DMP availability we’ll perform on the USS Mustin will usher the ship into a higher phase of fleet readiness.”

USS Mustin is the 39th ship in the Arleigh Burke class and was commissioned in July 2003.

According to a statement from the company:

“BAE Systems is a leading provider of ship repair, maintenance, modernization, conversion, and overhaul services for the Navy, other government agencies, and select commercial customers. The company operates three full-service shipyards in California, Florida, and Virginia, and offers a highly skilled, experienced workforce; seven dry-docks and railways; and significant pier space and ship support services. The company’s San Diego shipyard has approximately 1,100 employees and works with the Navy and several subcontractor companies to accomplish its ship sustainment work.” 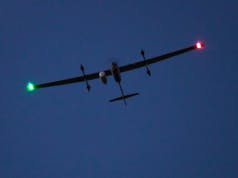 Glad the US navy are getting ships dry docked. They could do with a few more dry dock facilities for surface and submarines. I think they have a back log of ships needing dry dock services.
As much as I admire the USA defence budget the navy is somewhere that value for money needs to be applied. The sooner they get the constellation class in service the better. Still the price they are paying seems high. After so many messed up projects let’s hope they don’t screw this up. Zumwalt, independence, freedom class to name but a few.

Wow from a fortnight ago in the US: 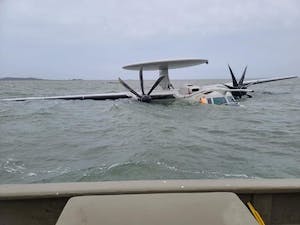 Is that some new kind of towed array?

Divers have recovered the plane. 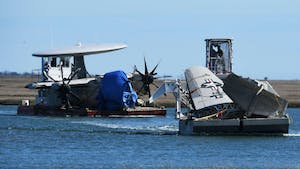 Unfortunately not everyone made it:
https://news.usni.org/2022/04/01/navy-ids-aviator-killed-in-e-2d-advanced-hawkeye-crash-near-wallops-island

https://news.usni.org/2020/08/31/e-2c-hawkeye-crashes-near-wallops-island-crew-recovered-safely
Not even two years ago.

Looks like an innovative US response to Russian nuclear torpedos to me. Fiendish.

The article refers to the USS Preble (DDG-88) which will complete her availability period soon. Along with the hull repair and refurbishment work described she’s getting an AEGIS upgrade and a HELIOS laser. I wonder what interesting add-ons the Mustin will get.

The amount of contracts Bae are getting in the US is impressive especially in the naval sector, surely the next steps for them is to actually build vessels for the USN?

That is totally plausible with certain caveats. The USN buys ships made by foreign owned entities already, but it is a requirement that the ships are built in the US by US workers. Austal USA in Alabama is a subsidiary of the Australian parent company and of course the Constellation class frigates will be built at a Fincantieri owned yard (actually 3 yards in close proximity) in Wisconsin on Lake Michigan.

Just thinking what a missed opportunity the type 26 was for them now they are comfortable selecting foreign design’s. A long term strategy between both navys on surface vessels would bring many benefits for NATO. Look at the work being done on our submarines or the collaboration on F35 for example

Regarding the Type 26, it would never have been a consideration for the Constellation Class as the USN was only looking at mature designs in order to avoid as much developmental risk as possible. The FREMM design was already proven was a no-brainer, and Fincantieri was very proactive at presenting a re-work of their design that met USN specifications and was very willing to invest money in setting up a line for it in the US. I’m sure the Type 26 will be a great platform, but because it is still a developmental design and the first hull isn’t in… Read more »

However had the T26 met its original in service date and thus met the criteria…. Not that I actually know when that was tbh does anybody else know?

Was thinking the same thing, if only the T26 design hadn’t been delayed here the timings to have done just that might well have perfectly aligned, but when would another opportunity occur I wonder, but surely eventually.

This is good for BAE and the USN but here in the UK we need all the RNs fleet of T45s upgraded PIP and Camm-Aster done asap please. And any new news on the FC/ASW? Can/will this be brought forward?

Given that less than half BAE employees are in UK – 35,000; roughly the same size as in the US… is this really a ‘British’ success story any more? It’s a real multinational that could easily change its share registration and corporate HQ elsewhere.

Agreed, it would be difficult to tell that the San Diego BAE yard is British owned at all by looking at it:

Well it nearly happened once and I have probably bored people stiff by saying how that could happen indeed I suspect it will eventually most Bae investment will be there after all and running it from there as a US company with open knowledge of UK businesses is a lot easier than UK operations have little knowledge of what their US subsidiaries beyond the financial. It’s why a project like Tempest is vital to prevent/delay that from happening I think. Otherwise it’s just cultural pressure with associated infamy for those doing it against the company logic.

I looked up USS Mustin on Wiki and found that it was ordered in March 1998 and commissioned in July 2003 – a little over five years.

I looked up HMS Duncan on Wiki and found that it was ordered in December 2000 and commissioned in September 2013 – almost 13 years.

They are both modern DDGs – Mustin is just two years older than Duncan. So why do we (UK Govt/BAE Systems) take over twice as long to build a ship?

Answers on a postcard…

As I recall, for the T45s there were issues relating to the fact that so much time had passed since a major warship class had been built that the skills base had atrophied. Beyond that, MOD has had a habit of dragging out the ordering and construction of platforms in order to roll the cost over into future years’ budgets. This costs more overall, but really the Treasury should accept some blame for it.

Like everything else in life there is Trial & Error. The main thing is mistakes are not repeated. I hope the refurbishment and upgrades are done well and quickly. 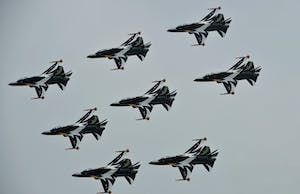