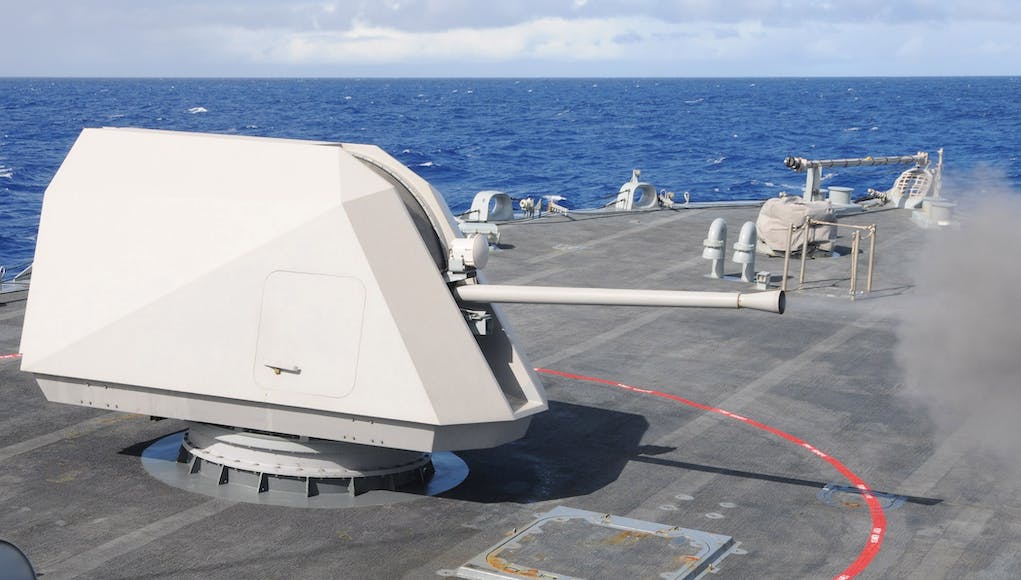 BAE Systems Land & Armaments, a subsidiary of BAE systems, UK has won a $22.7 million contract to supply the US Navy with Mk110 57mm Weapon systems.

The company will produce three 57mm Mk110 Mod 0 gun mounts and associated hardware, the US Department of Defense said in a statement Monday.

Its primary mission is to provide engagement of known surface threats during combat operations in a theater area of operation, the Navy said in a statement, reports UPI.

Work is expected to be complete by January 2022.

Bofors. It is BAE … But it is Swedish (?). Profit will go to BAE but the work goes to Sweden.

Bae aquired the American company that had itself acquired Bofors, so not sure where the work will ultimately be carried out be it US or Sweden.

What a gun that was by the way

Hi CAM I would agree
The River batch 2 design can easily accommodate a 54mm gun like this. As well as a CIWS or SeaRAM launcher. I would take them back into dockyard hands sometime in the future. Stretch them out by another 10-14 m to give them a helicopter hangar and a canister launched Norwegian anti ship missile and then hey presto a decent Corvette.

The “decommissioned ships” are being stripped to fit out the Type 26 frigates – there won’t be low-mileage Radar 997, Sea Ceptor or combat systems sitting around unused, they’ll be going onto the 26s.