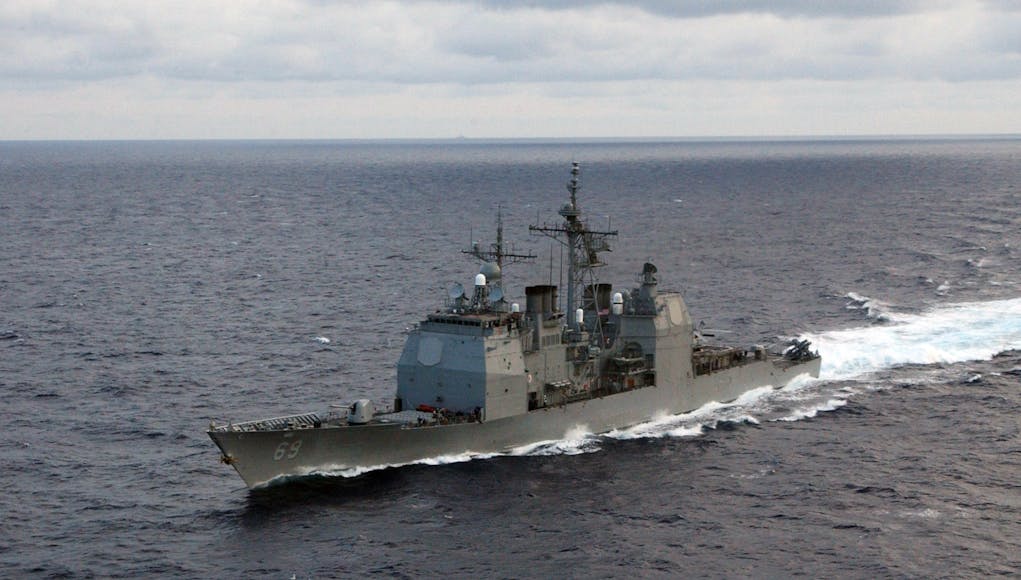 The value of the contract could reportedly reach $45.9 million if all options are exercised.

“Under the special selected restricted availability (SSRA) contract, BAE Systems will perform ship alternations and miscellaneous repairs aboard the 567-foot-long ship, including the replacement of critical aluminium structures.”

The work is expected to begin in April and be completed by September at the company’s Norfolk, Virginia shipyard. The Vicksburg is the second East Coast-based guided missile cruiser to undergo extensive repair and upgrade work as part of the US Navy’s long-term modernisation programme for cruisers. The Norfolk shipyard recently completed SSRA work aboard the USS Gettysburg (CG 64).

“The Vicksburg is our second SSRA under the long-term cruiser mod program.

Our team recently completed similar work on board the Gettysburg, which is now ready for the next phase of modernisation next year and continued service in the fleet afterwards.

This SSRA contract provides important work for our shipyard team, particularly for our skilled employees and their work with aluminium structures aboard Navy ships.”

The Ticos are really starting to show their age.

At least half of them are laid up.
They are supposed to be modernised and returned to operations, but the Navy are criticised for going rather slowly with this.
The modernisation effort will cost around $350m per vessel….. I assume this BAE contract is part of that.
I’ve read that the USN would be ok leaving them laid up if only to save some cash.

Of course it depends on exactly what work is covered by the contract, but the US Navy seems to get a lot more for its money than the RN when it comes to repairs.