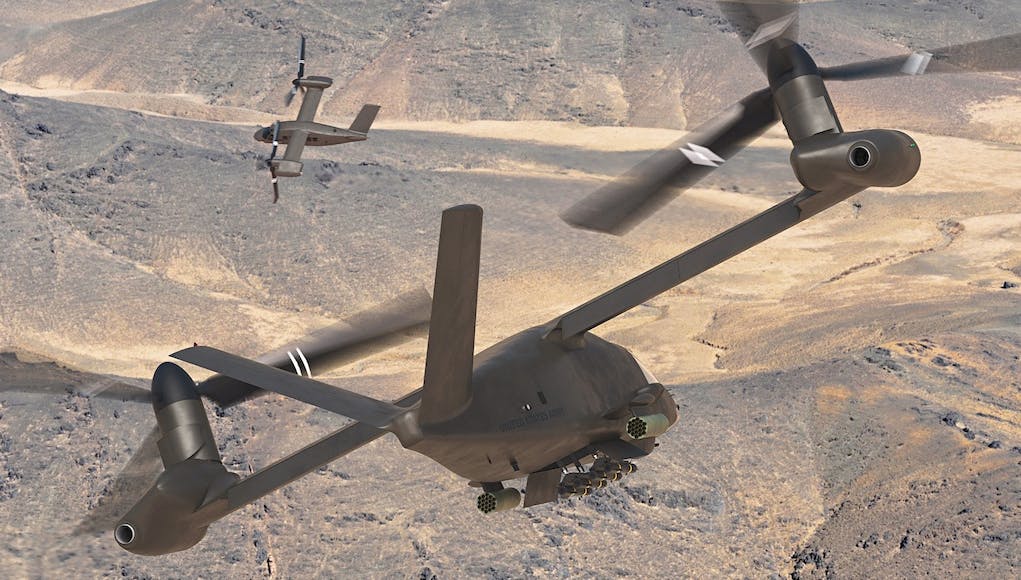 The V-280 Valor is a third-generation tilt-rotor vertical lift helicopter being developed by the US-based aircraft manufacturer, Bell Helicopter Textron.

The helicopter is intended to meet the requirement of the Joint Multi-Role (JMR) Technology Demonstrator (TD) programme supporting the Future Vertical Lift (FVL) programme of the US Army.

Bell’s director of global business development for advanced tiltrotor systems, Chris Gehler, said in a recent interview that the V-280 has the potential to be both a troop carrier and gunship when outfitted with different payloads:

“We already know the Marine Corps would like to have one aircraft replace utility and attack,” Gehler explains.

“We’ve been working with them on developing an attack variant of the V-280 that could be – whether it’s wholly attack or one that can be interchangeable back between utility and attack – if not the same airframe, very identical.” 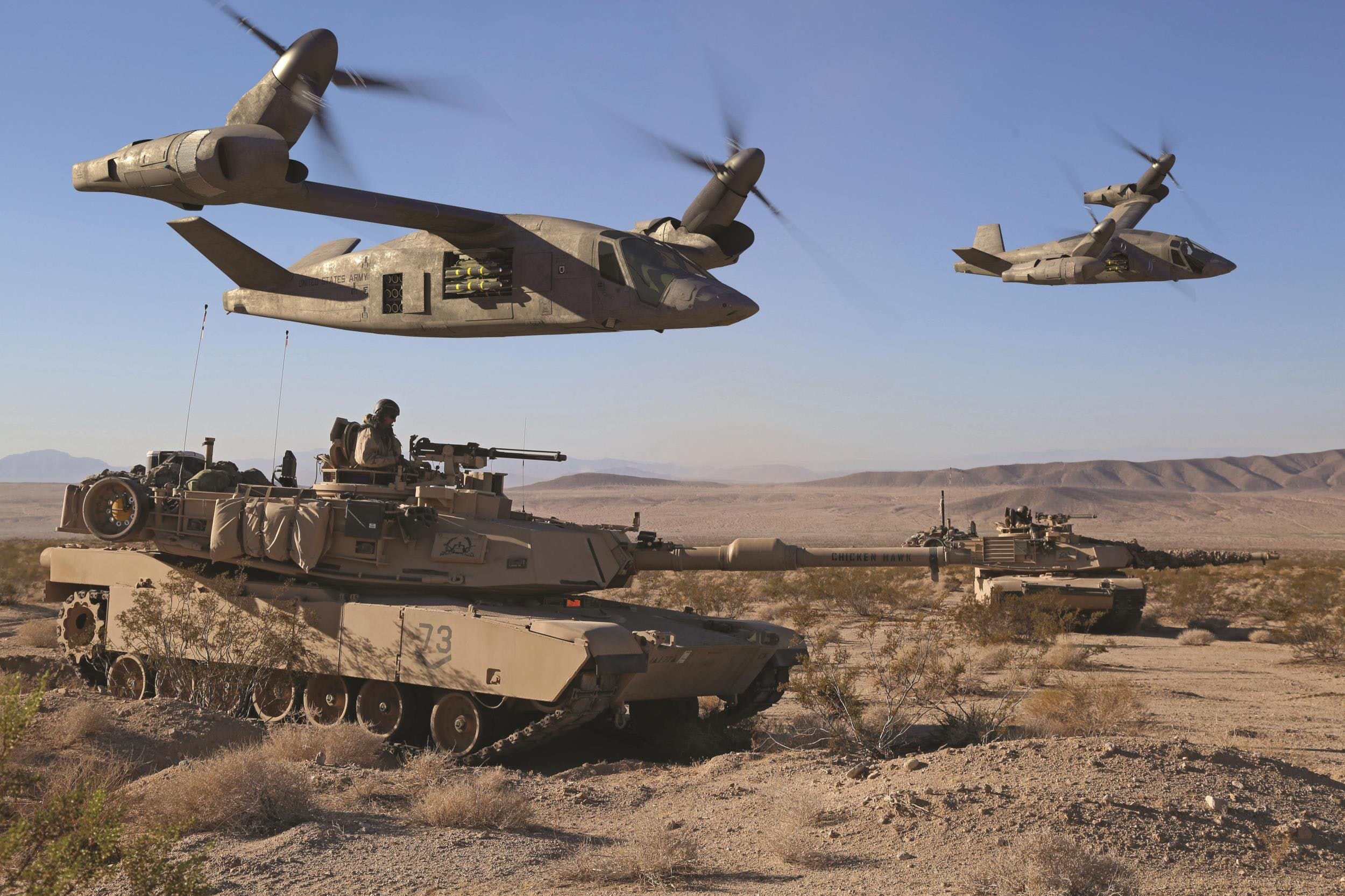 According to Sydney Freedberg at BreakingDefense, a lot of thought has been put into these designs:

One, in Army colors, has missile racks sticking out of what was originally the passenger cabin — a conversion that units could potentially install or remove as needed in the field. The other, with Marine Corps markings, is a sleeker thoroughbred gunship with internal weapons bays, stealth features, and folding wings to fit in shipboard hangars.”

This looks great but wouldn’t it be a sitting duck on a battlefield against any high tech opponents? I can see the point of tiltrotor for transports but not for front line duties as it’s just slow unless this is only used in areas with full air superiority at which point how is this any better than an Apache?

I suspect the answer in why it is potentially better than Apache is that they are trying to integrate the troop carrying component into the attack role. Apache today can not carry any troops, as seen when UK marines had to strap themselves onto the sides. In theory this would be a great addition to the QE, it would provide the much needed range, allowing the carriers to operate further from shore. Additionally i assume they would be much faster getting onto station than Apache and therefore could support a wider area of troops, which is a plus when you… Read more »

Don’t know exactly how the two compare but all I know is that when Trump was here you could see and hear the Ospreys (bigger I accept) circling from half way across London. They looked a very tempting target. Having seen Apaches above the reservoirs on the River Lea and much closer they were no where near as juicy a target superficially to the eye that’s for sure. I am wondering if it’s a matter of the marines liking the flexibility in addition to a specialist gunship airframe or this truly can do both specialist jobs on its own. I… Read more »

Thought these new ones were quick? Might be wrong.

As an ancillary capability to defend itself and just inserted troops in a low threat environment – fine. As a primary fire support platform in near peer war? Nope… The Apaches have to hide and pop up in any theater that has a credible opposing force AD system. The future of rotary wing and VTOL air support is an armed drone / wingman controlled by the troops on the ground / Air Battle Captain IMO. We are always fighting the last war. That lesson is going to be impressed upon us in the usual way – at a terrible expense… Read more »

The V-280 has a small uas brother, the V-24/7. If there was ever an aircraft built to augment the F35b on the QEs, then this is it. https://www.flightglobal.com/news/articles/bell-unveils-v-247-vigilant-unmanned-tiltrotor-429616/

Spyinthesky
Reply to  Bloke down the pub

I’m keen on getting the full size V-280, or failing that the V-22, into the Fleet Air Arm. The Merlin is a phenomenal helicopter, especially in its ASW role, but a tiltrotor aircraft like the Osprey or Valor would be incredibly useful for the RN. At-sea replenishment, air-to-air refueling, even Special Forces tasks or as a light MPA, there are just so many roles that tiltrotors can do or are better suited to than conventional helicopters.

I guess we would never remake the Farley rotodyne in the U.K. that would have the advantage of a tilt rotor without tilting. Technology from the 60s 50 years before was needed!

Yes a shame only the prototype Rotodyne was built. It really would have been revolutionary at the time. Back then the US Army was interested in it but no one else was due to the noise.
It really would have been useful in the 60s and probably still would be. Considering what the US bought instead was the Chinook and they are stills making new units.

Money always an issue….
However, for use on QE class they have a higher ceiling that helicopter (eg. Early warning) also tanker possibilities