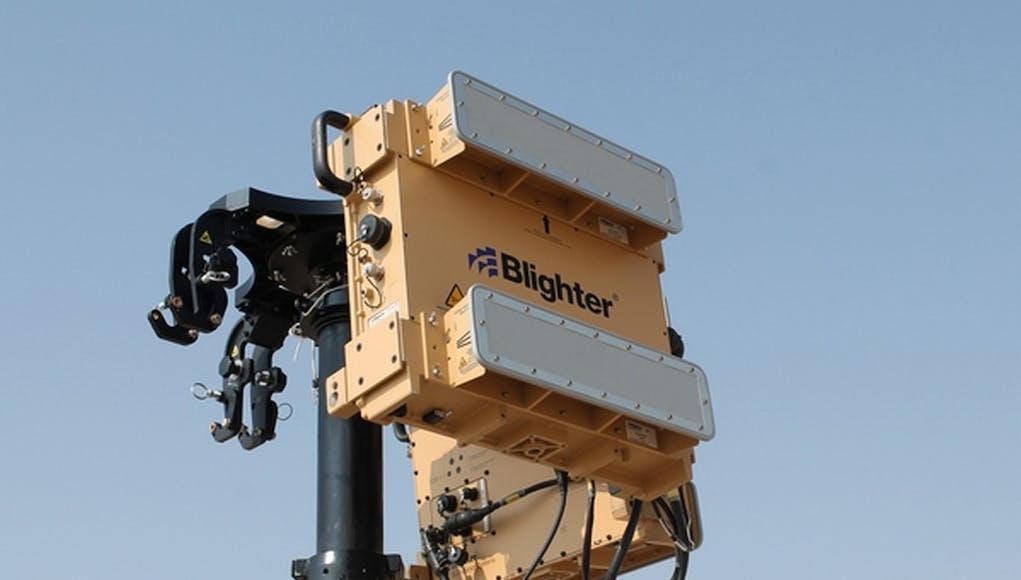 The firm say that the ruggedised Blighter A400 series counter-UAV radar has been optimized with the addition of 40° antennas, D3 technology and an adaptable DSP platform.

Blighter engineers are also providing a software development kit to systems integrators, primes and the military to ease integration of the radar with other sensors, C2 systems, as well as with kinetic and non-kinetic disruptors.

“Countering the threat caused by rogue drones is now a global issue and an increasing concern for the military, government and homeland security forces across every continent. Our Blighter A400 series radars are battle proven as the detection element of the strategic counter-UAS AUDS system deployed since 2016 in Iraq by US forces and more recently at London Gatwick Airport.”

The new U40 antennas are now available to increase vertical elevation coverage from 30 to 40-degrees.

“Digital Drone Detection (D³) technology with sensitivity boost has also been added. This will allow the A400 series to better extract the tiny radar reflections from modern plastic bodied drones even when flying close to the ground or near buildings where clutter reflections are relatively large.

Blighter engineers have also developed an adaptable digital signal processing (DSP) platform to accommodate moving ground clutter and thereby enable the radar to be deployed ‘on the move’.”

The solid-state all-weather A400 series radars are, say the firm, optimised for the detection of small UAVs carrying video cameras, wireless communication systems, narcotics, explosives and other undesirable payloads. The radars detect and report Nano, Micro and Miniature drones at ranges from 10 metres up to 3.6 km (2.2 miles) and larger drones and aircraft at ranges up to 10 km (6.2 miles) at speeds from full flight down to hover-drift.

A laser would solve the “bullets that miss have to come down somewhere” issue but if I remember from the fairly recent Gatwick airport incident when lots of people were saying “why not just shoot it down” and there was a fair bit of in-depth media discussion about why that wasn’t as easy as it sounds the other issue, at least in a Gatwick-like scenario, was that if the drone was damaged by gunfire, or simply in an unfortunate location when hit and instantly disabled, it could drop onto people, busy roads etc. I had a very near miss myself… Read more »

Have a look at Steelrock Technology for their work on interceptor drones. They’re another UK company.
Blighter have also integrated their AUDS anti drone system with an Orbital ATK RWS with 30mm cannon on a Striker.

Hmm… So how about a projectile that deploys a net/snare to envelop the target drone… Then while falling, deploys a parachute for a ‘softer’ contact with the ground (or someone’s head)

Or how about a larger drone that’s has a front facing “hangar” to swallow up the smaller one?!
It almost becomes like a game of chess with moves and counter moves doesn’t it. Develop something only to see someone developing a counter to that.

Nice. I didn’t even need to read the article to guess the source (although I did of course). After reading the first word of the headline “Blighter’s” I was pretty sure that this was a British company. I wish them success.

It all sounds very Biggles to me… 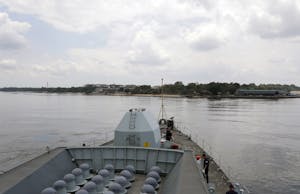