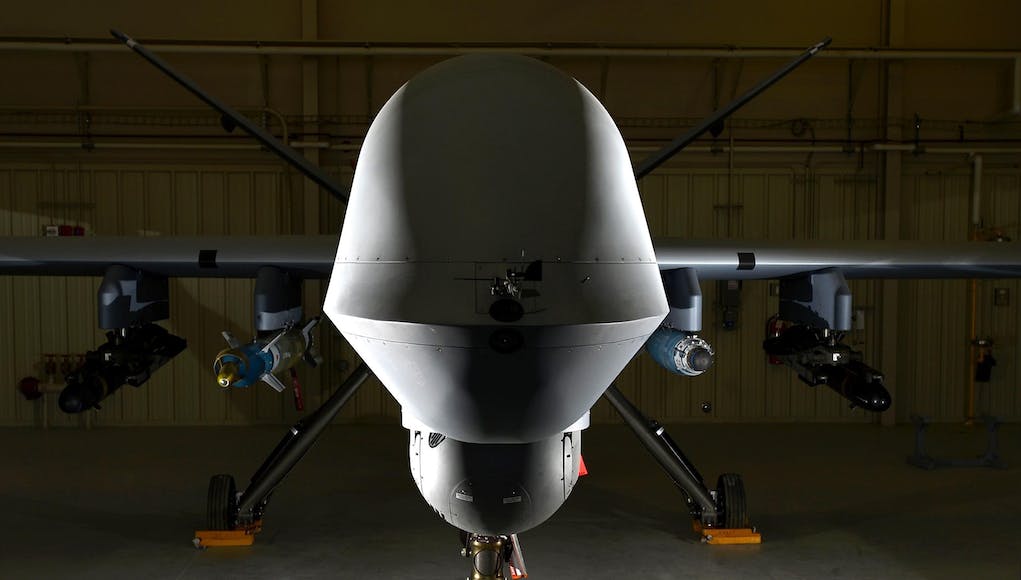 The latest version of the MQ-9 Reaper was successfully flown in combat in support of Operation Inherent Resolve, the campaign against Islamic State.

The UK is to replace its MQ-9 Reaper Block 1 fleet with a derivative of the Block 5.

According to a US Air Force Statement:

“The aircrew flew a sortie of over 16 hours with a full payload of weapons including GBU-38 Joint Direct Attack Munitions and AGM-114 Hellfire missiles. During the mission, the crew employed one GBU-38 and two Hellfires while providing hours of armed reconnaissance for supported ground forces.”

“Working in conjunction with coalition joint terminal attack controllers, other MQ-9 aircraft and crews, our aircrews employed two Hellfires and one GBU-38

The Block 5 MQ-9, the US Air Force say, is the newest iteration of the Reaper and is equipped with improved electrical and communications systems which provides better software and hardware upgrades for future operations ‘providing dominant persistent attack and reconnaissance’ to commanders.