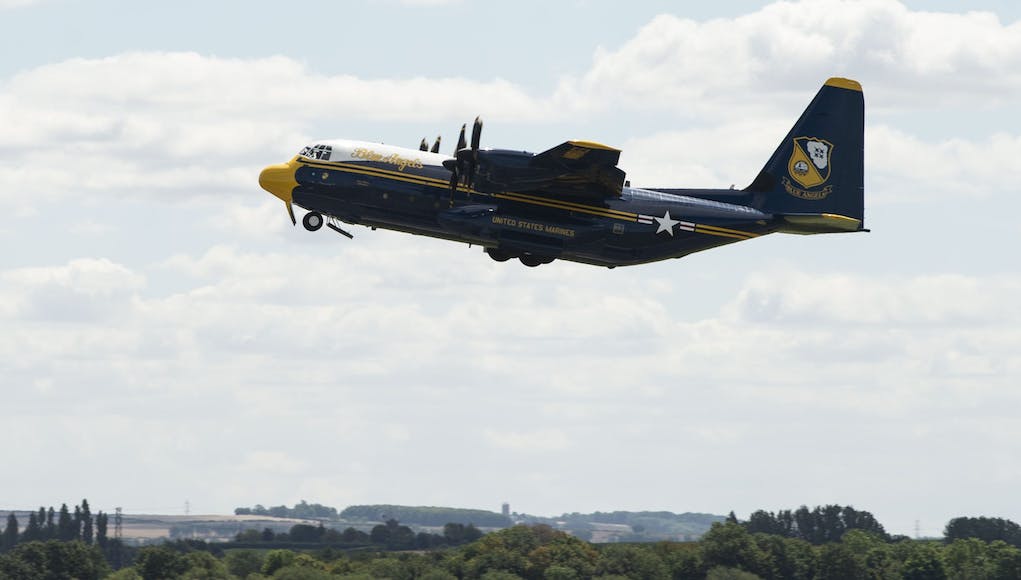 The aircraft, purchased from the United Kingdom in June 2019, underwent a year-long refresh, which turned the former UK aircraft into the logistics and transport aircraft that will be used by the Blue Angels.

Tactical Airlift Program Office (PMA-207) and the UK MoD co-managed the refurbishment with all efforts performed at Marshall Aerospace and Defence Group (ADG) in Cambridge.

“This has been a great example of cooperation between allies and professionals. Coordination and work to deliver this Blue Angels C-130J highlight a unique program office partnership with UK MoD and Marshall Aerospace.  The team has worked through challenges to deliver this high-visibility asset to our fleet, and provide a ‘new’ aircraft to support our Naval Flight Demonstration Squadron for years to come,” said MajGen Greg Masiello, programme executive officer air ASW, assault and special mission programmes.

“We have all been able to witness the transformation of this particular C-130 Hercules transition into a valuable addition to our Blue Angels flying demonstration team. We are pleased to deliver this Super Hercules as the Blue Angels transition to Super Blues. Definitely a job well done by all involved.”

This is the sole C-130J in the Navy’s fleet and while it is almost identical to its sister aircraft, the KC-130J, currently flown by the Marine Corps, it required a collaborative effort between NAVAIR engineering and Lockheed Martin to identify configuration deltas and test requirements.

These efforts were done to meet U.S. and FAA requirements and included a major rework inspection, hardware and software configuration changes, and ground and flight testing.

Why on earth are we selling off valuable air assets which we need?
We have so few.. but let’s sell one back to the yanks!

The Hercules Fleet has room to be wound down,with C17 and A400 Aircraft in the inventory there is no shortage of capacity,The C130’s are basically being kept on the books for Special Forces use.

Hi Paul ……. read somewhere the Germans might not want all their A400’s should we try and pick a couple up… we seem to always have to few then run them into the ground…… ships and planes…

Ian – yes extra A400’s will be the obvious solution should the need arise,as you say some could be had as others cut back their orders.

One C5 and 13 C4 versions in inventory I believe?
Or do we have more?

I thought we were trying to expand our fleets for or own flexibility
And it’s not like the yanks are desperate, unlike us.
Makes no sense to me

We are desperate but not for the assets but instead for cash. Sad reality is that a lot of assets will get silently cut over the next few years.

We should have more, but nope selling them off, the c130J or a new similar needs to be kept for operations where a400s are either too big or can’t do the job.

It’s a curious thing, we joined the FLA program in the 1990’s, to provide an aircraft with much greater capacity than the C130…. The requirement was for a machine with roughly double the load capability and (largely based on British insistence) the same rough field, ground turning etc capability as the C130 … No mean design feat … Typically, the FLA was rapidly stuck in a European mess of political /design/ mechanical cock ups and the program slowed to a crawl… The UK required 50 aircraft and had little choice but to go for 25 J model C130’s as a… Read more »

And they are perfect for SF operations, and could be used for a variety of other ops that a400s can’t do or are too big to do. Surely we can keep a dozen hercs for a decade or more yet.

We have lots of capacity in our strategic air lift fleet, C17, A400 and capacity within the Voyager fleet. We are 2nd only to the Americans when comes to moving equipment and personal around the world.

I have written this before but there are other reasons why the USN were keen on getting an ex RAF C-130J. Taking an ex-RAF C-130J has a significant advantage for the USN when it comes to transitioning the support crew and load masters from the C-130T. RAF C-130J are unique in having the older Dash 4a cargo handling system in the cargo bay rather than Enhanced Cargo Handling System (ECHS) that all later C-130J were fitted with. USN C-130T are fitted with Dash 4a so switching to an RAF spec C-130J makes plenty of sense in a logistic sense. All… Read more » 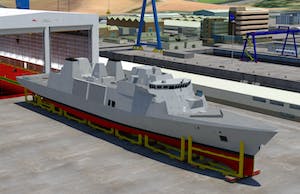