The development milestones for the unmanned aircraft come just weeks after completion of the first fuselage, allowing for rapid progress on systems installation and functional and integration testing from the aircraft’s own landing gear.

“We’re continuing at pace toward our goal of flying later this year, so that we can show our customer and the world what unmanned capability like this can do,” said Dr. Shane Arnott, program director of the Boeing Airpower Teaming System.

“The strong contributions from our industry team are powering our progress.”

A ‘Loyal Wingman’ is a low-cost UAV that would be deployed alongside a manned aircraft to either act as a complementary asset or as a decoy to protect the crewed system from air defences. Due to their relatively low cost, these systems could be acquired and deployed en masse, providing a complementary asset that is ultimately expendable if required. 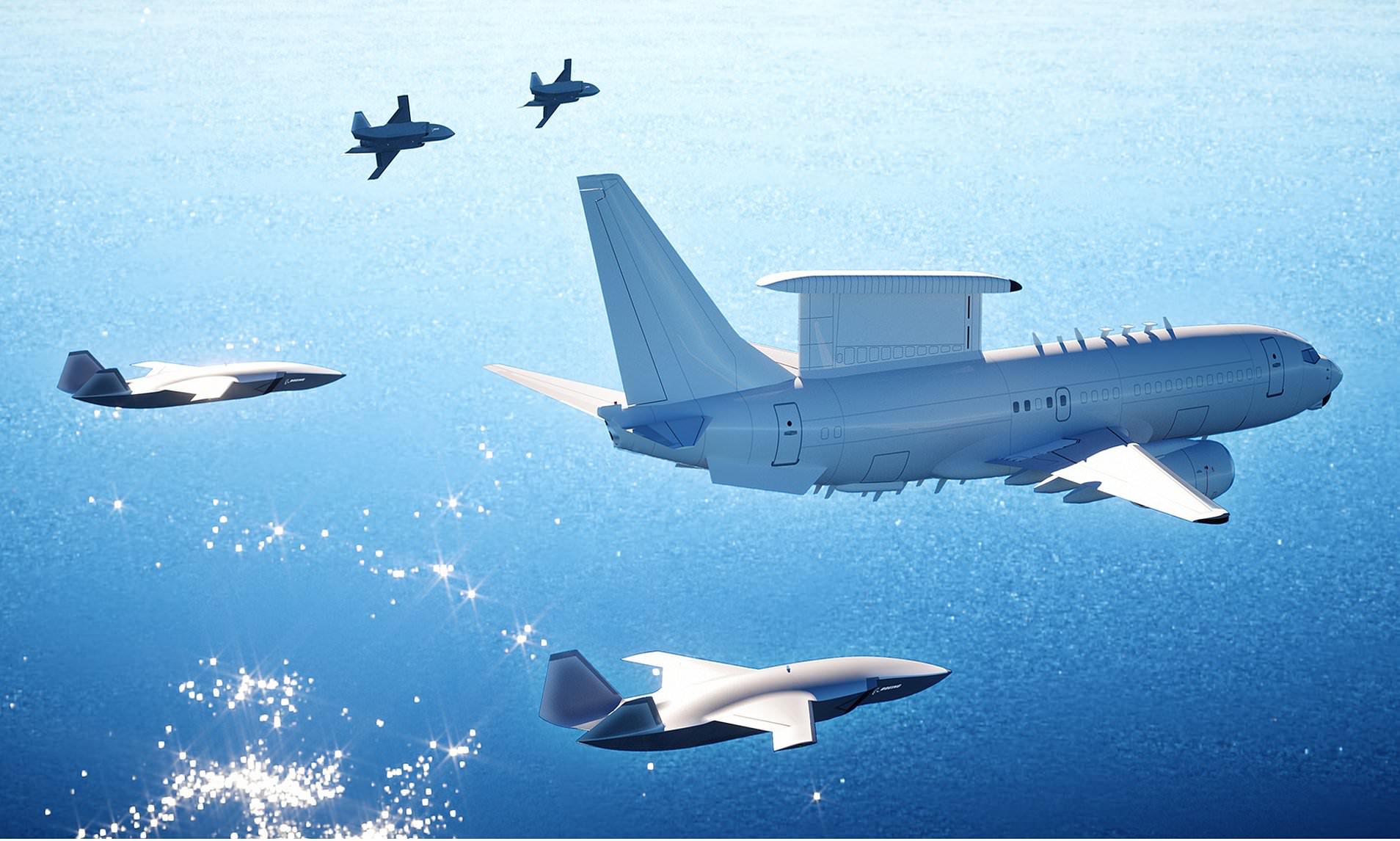 “The partnership with Boeing is key to building our understanding of not just the operational implications for these sorts of vehicles, but also making us a smart customer as we consider options for manned-unmanned teaming in the coming decade,” said Air Commodore Darren Goldie, RAAF Director-General of Air Combat Capability.

The aircraft is expected to complete its first flight this year.

Australia are really stepping up their game. All new frigates, subs, wedgetails, tritons and wingmen.

All in response to a growing Chinese threat no doubt.

Yes, at least they are responding to the increased threats they are facing. We seem to have a different strategy.

I know we have endless defence cuts and HMG never give defence much of a glance, but.

All new Frigates – We have T26. All new Subs- We have Astutes. Wedgetails, yes 5 for the RAF. Tritons, no, sadly, but we have Reaper and will have Protector, and we already have comprehensive airborne ISTAR. For their vast areas to cover Triton makes sense.
Loyal Wingman, we are at least talking of swarming Drones! 216 has reformed.

We are hardly sitting on our hands.

Indeed, it’s just the numbers Daniele, and the timing, we seem to be planning for war in the 2035 time frame.

Has there been no word of loyal wingmen development for Tempest as of yet?

I expect we will end up buying wedgetails and wingmen. I hope we do a lot more business and joint development with them.

We have already ordered 5 E-7 Wedgetails, I could see loyal wingmen orders as a natural progression. Though I would imagine it’s better to sustain engineering in the UK and procure a wingman drone that is designed to work with BAE Tempest specifically?

So we are! Fantastic. Perhaps these loyal wingmen are more suited to protecting large aircraft like E-7 and P-8? But who knows, its more and more about software now, and these do the look the business. For Tempest I would hope we develop our own, but it should be interoperable with these and the European system, if we want exports anyway. Clients need to be able to mix and match, especially as most weapons sales are determined by politics. I think we have the engine technology and sensors (now and in the future) to have our own systems that have… Read more »

If a pair of loyal wingman are networked to a F35. I would expect them to be ranging ahead of the aircraft and not in formation. The reason for this is simple, reaction time. If the aircraft are in formation, the pilot not only has to command the wingmen to do something, but also to control their own aircraft, especially if they have detected a threat. If the wingmen are ranging some distance ahead, it givers the pilot more flexibility with their options of how to handle a target of opportunity or a threat. Unless the swarming AI become less… Read more »

There are a couple of pretty good reasons why Boeing is developing Loyal Wingman in Australia and not the US. From what I understand, the majority of the systems being used in the airframe are all commercial off the shelf equipment (which helps with the usual ITAR restrictions and issues of procuring US produced military equipment), eg, it should potentially be easier for international customers to procure the airframes from Oz. Boeing Australia has the largest Boeing footprint outside of the US, 3000+ employees at 38 locations across the country. The RAAF (and ADF) are also very larger users of… Read more »