Boeing and the British government have announced ‘significant positive results’ at a review meeting, six months after a joint initiative on UK prosperity and growth was first announced by the defence giant.

“Britain’s defence industry plays a key role delivering an economy that works for everyone. Across the UK, Britain’s defence companies provide highly skilled, well-paid jobs with world class manufacturing exports. Boeing expects to increase their UK workforce by 50% by 2020. This joint initiative is a prime example of the cutting edge, high-skilled, job-creating investment that our industrial strategy seeks to harness to make Britain one of the most competitive places in the world to innovate, build businesses and deliver secure, long-term prosperity for all.”

“Boeing’s partnership with the UK, which dates back to the 1930s, goes from strength to strength today. Boeing values the UK’s aerospace and defence capabilities. Our relationship with the UK supply chain has more than doubled in value since 2011 and we are rapidly growing our UK-based businesses. This growth will continue in 2017 and beyond. Further significant announcements are planned in the near future, building on our achievements already in place.”

The prosperity initiative was announced at the Farnborough International Airshow in July 2016 alongside orders for nine P-8 Poseidon maritime surveillance aircraft and 50 Apache AH-64E attack helicopters.

Don’t you love it when politicians quote percentages? Invariably means the actual numbers are unimpressively low.

How long will it be before the new p8 actually flies under British colours then ? 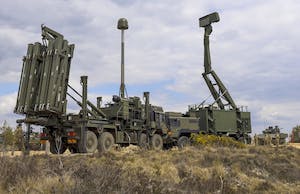