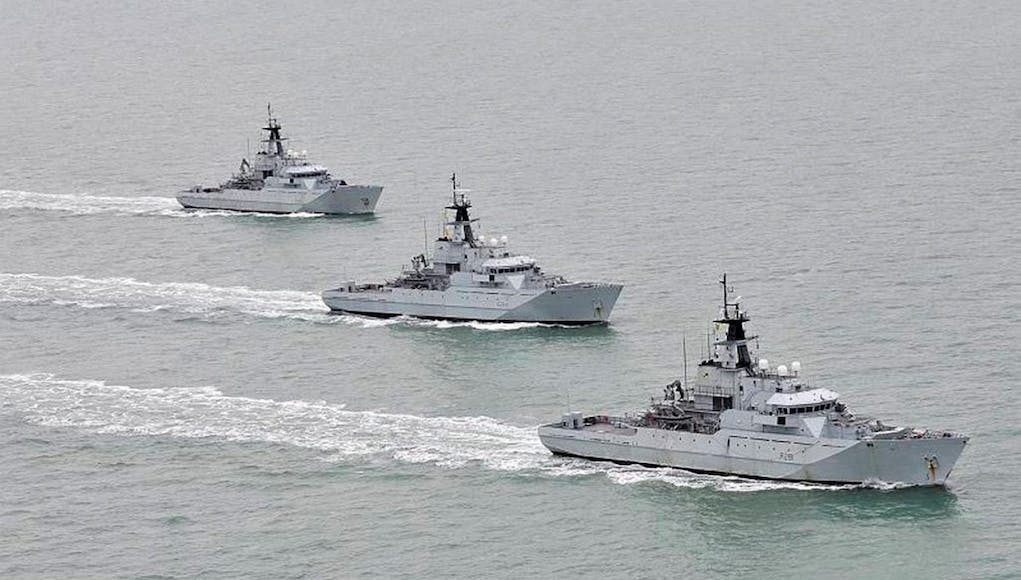 The Home Affairs Select Committee claim the Border Force has a “worryingly low” number of ships, with the chairman of the committee calling for Royal Navy support.

“Despite maritime security being critical to an island nation, Border Force is operating worryingly low numbers of vessels to protect our borders. Royal Navy vessels must be used in our sea war against the traffickers.”

The UK’s Border Force has been responsible for frontline policing of the borders since 2008 and has a fleet of five vessels. However, with one ship currently patrolling in the Mediterranean and another in dock for maintenance there are only three ships available for duty in UK waters.

The Select Committee report described the UK Border Force as being “clearly under-resourced”.

An additional 8 ships have been ordered to bolster the current fleet, but these are not expected to fully enter service until 2017 at the earliest.

The Telegraph have also reported that the French Government is in talks with the UK about introducing armed “sea marshals” on passenger ferries crossing the Channel.

Former Head of the Royal Navy, Lord West of Spithead, claimed that outside of major ports, the UK was “highly vulnerable”.

When asked to comment on the allegations in the report, a Home Office spokeswoman said:

“We continue to work tirelessly to maintain the security of our border, intercepting attempts to enter the UK illegally and targeting the callous gangs that profit from people smuggling.”

The report suggested deploying Royal Navy vessels to the Channel as an interim measure to deter people traffickers. 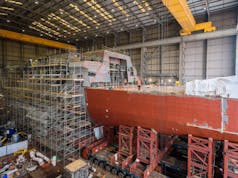 Border Force fleet needs to be increased, the RN has enough to worry about, and not enough ships to go around. Shame to see the once proud RN with over a 100 warships reduced to a fleet of only around 77. The world is more dangerous now, we need the RN to be able to react worldwide.

Blair, Brown, Cameron all cut the border force due to their naivety in trusting Europe to protect our borders. Instead EU let the hordes in, now we’re paying!

since when are there no border controls for the UK? The UK is not part of Schengen, so this remark has no value

Philippe Geril IQ in EU has dropped apparently. EU let the immigrants in. Previous UK governments relaxed border controls as supposedly EU were properly guarding their external borders (which they were not) the only checks tha needed to be made were for EU nationals, so only a limited border control was needed between Britain and France. Since there has been a catastrophic failure in EU to manage its borders and immigrants have flooded in with little or no checks, our now undermanned border force is struggling. I hope that explains it for you!

All this country seems to do is put all our national income into education and the NHS. Now of course, they’re extremely important but it’s almost like the military has been forgotten now..

Successive governments would rather spend money on securing votes than on our security. Instead now they would rather intrude on our liberty than admit their mistakes. What will be worse is if comrade Corbyn and mcklusky and his brothers and sisters get power. They will redefine what is a threat to almost nothing and you can kiss good-bye to anything remotely military

Greg – you make perfect sense but it will not happen. I live in the US and for all the problems here, the military gets what the military needs – and more. It’s bipartisan. British government after British government has done defense on the cheap and it will end in tears some day. The U.K. has the finest men and women in uniform anywhere in the world but they are continuously short-changed by a penny pinching Treasury. It’s a disgrace!!!

There’s only one good thing to come from the 2010 SDR feck up is the realism of how far we need to increase significantly our boarder force and Armed Forces.