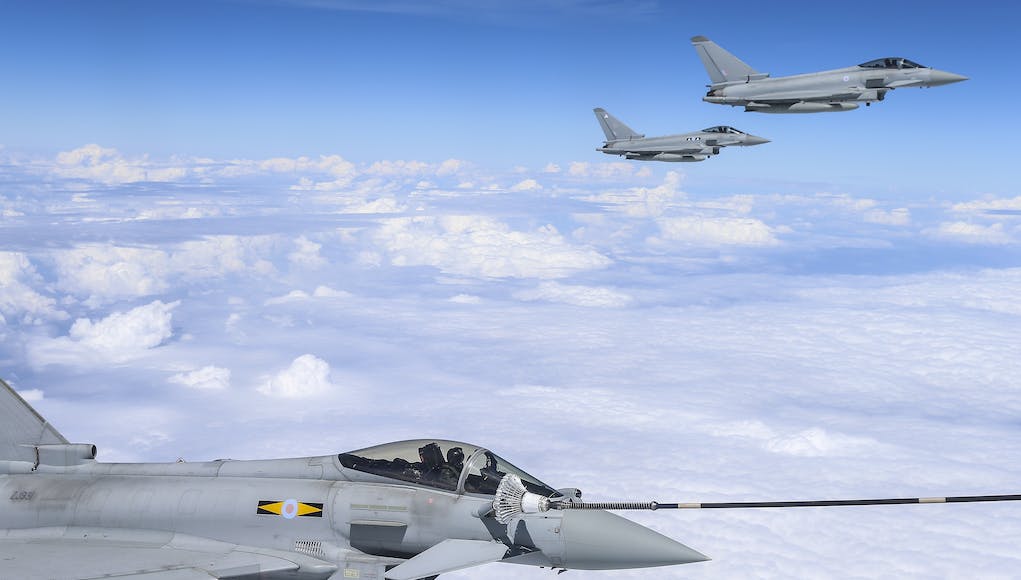 A Reaper destroyed an engineering vehicle north of Mosul and Tornados hit an Islamic State headquarters and a group of terrorists east of the city. Typhoons also bombed six targets in the Qaraqosh, Bayji and Ramadi regions of northern and western Iraq.

The next day, a Reaper was again active north of Mosul, near Tall Kayf. A Hellfire destroyed a digger which was being used by the terrorists to construct a defensive position.

To the east of Mosul, Tornados used an Enhanced Paveway II bomb and a Paveway IV to attack a headquarters building and a group of extremists. The same day, to the south-east of Mosul, near Qaraqosh, Typhoons used Paveway IVs in a simultaneous attack on three Islamic State-held buildings where a large group of fighters had assembled, including local commanders.

A second Typhoon pair meanwhile operated over a large swathe of Iraqi territory. North of Ramadi, they destroyed a mortar team. They then headed north to the Bayji area where further Paveway attacks dealt with a terrorist strongpoint and transport vehicle.

A Reaper destroyed vehicles north of Mosul and Tornados hit a headquarters and a group of terrorists in the east while Typhoons bombed six targets in northern and western Iraq. Do you believe the UK is doing enough? 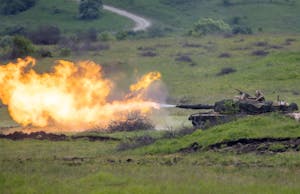