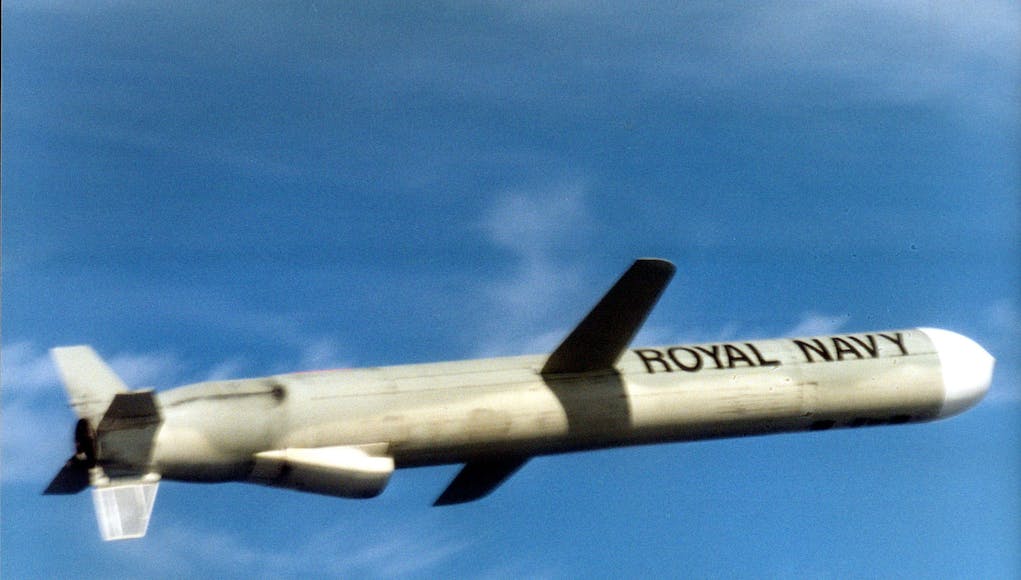 The Tomahawk missile, also known as TLAM, allows Royal Navy submarines of the Astute and Trafalgar class to strike at targets on land accurately at a range of around 1,000 miles.

The missile is a highly accurate, GPS-enabled weapon that the US and allied militaries have used more than 2,000 times in combat, and flight-tested 500 times say the manufacturer.

In April 2017, US Navy destroyers launched 59 Tomahawk cruise missiles at targets on a Syrian air base. In 2014, a US Navy destroyer and a guided missile cruiser launched 47 Tomahawk missiles in a strike on the Islamic State terrorist group in Syria.

It’s important to remember that Tomahawk is a cruise missile, so rather than taking on a ballistic trajectory, it stays close to the ground, steering around terrain features, using a jet engine instead of a rocket engine to fly. It is hoped that by the missile keeping low—because of its small radar signature—the Tomahawk avoids radar-guided defences that can threaten manned aircraft.

The missile has been in use with the Royal Navy since the late 1990s and has been used in the Kosovo conflict and in the campaigns against the Taliban, Saddam Hussein and Gaddafi.

The missile is fired from a boat’s torpedo tubes. Once it reaches the surface, a booster rocket ignites to propel the missile skywards. Tomahawk then heads for its target at 550 mph, delivering a 1,000 lb explosive warhead.

The Tomahawk IV is the latest version of the missile operated by the British submarine fleet, the U.S Navy will soon operate the upgraded Block V which unlike this version, has anti-ship capabilities. It has a longer range than its predecessors and can be directed at a new target in-flight, and can also beam back images of the battlefield.

According to a US Navy factfile:

“Tomahawk cruise missiles are designed to fly at extremely low altitudes at high subsonic speeds, and are piloted over an evasive route by several mission tailored guidance systems. The first operational use was in Operation Desert Storm, 1991, with immense success. The missile has since been used successfully in several other conflicts.

In 1995 the governments of the United States and United Kingdom signed a Foreign Military Sales Agreement for the acquisition of 65 missiles, marking the first sale of Tomahawk to a foreign country. In 2003, an agreement was approved for the United Kingdom to procure 65 Block IV Torpedo Tube Launch Tomahawks. The United Kingdom began to receive Block IV missile deliveries in January 2008 and successfully declared their In-Service-Date in March 2008.” 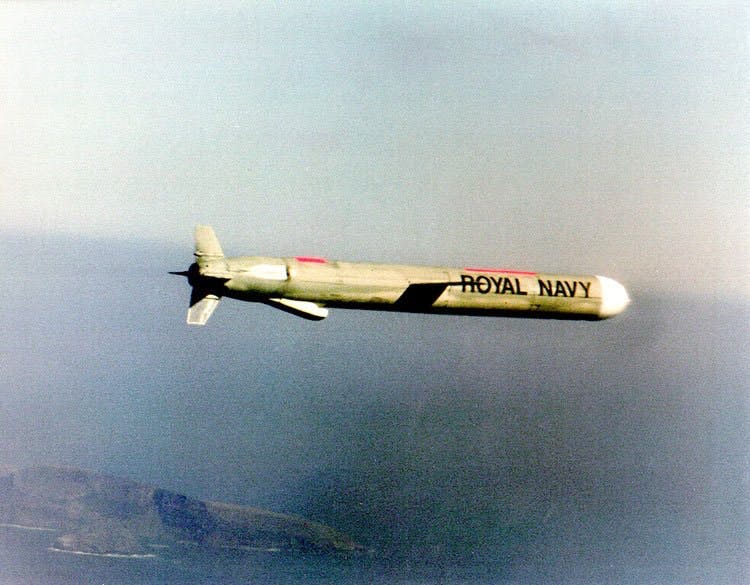 At the time of writing, the most recent UK purchase was 65 of the missiles in July 2014.

According to Raytheon, these are the general specifications:

UK should take the ASM version being developed and have MK41 VLS on the T45 and T31 gives us so many options.

Asm version would be shot down easily by any serious enemy ie China Russia given how few would be fired off. Just order a load more land attack versions before they close the line as it will be a long time before we see a replacement

The UK could probably produce these under license to keep a combat capability until a more advanced cruise missile is ready to go.

Nah, UK should use the Sylver launchers on the T45 to launch MdCN (Naval Storm Shadow, basically).

Which also comes in a handy torpedo-tube launched submarine version.

Both available from MBDA, a (partly) UK company.

If we had them in numbers (and constellation of recce birds) and all the RN escorts had strike length Mk41 and Astute had VLS then yes may be you could get excited about it. But they are more for gesturing to the US that we are ‘big boys’ too.

The most expensive weapons are those that having been bought, stay on the shelf all their life. If the UK buys an interim replacement for the Harpoon asm, hopefully it will have a strike capability so that there’s a higher likelihood of it being used .

MdCN – Its Storm Shadow but in a naval strike role, with a booster to get it moving.

Available in VLS (using the Sylver launchers that the t45 has) or sub-launch.

Simon m
Reply to  Other bloke down the pub

High missile costs are low compared to total aircraft program lifetime costs and bombs. You have to include the aircraft that never get used for bombing. Missiles are also much safer.

That said, how many targets 1,600km away are actually a threat, and how many “targets” have we used 2,000kg Tomahawks on that were within the 550km range of a 410kg air launched NSM?

Having that range gives you options, even if you don’t use it every single time. If you’re operating in a potentially hostile environment, you want to be as far away from any potential retaliation as possible. It also lets you do things like have the missile approach from an obscure angle by taking a more circuitous route

The missile gives the UK a tremendous capability against difficult targets worldwide.

Also, because ours are only launched by SSN, we have an extremely Stealthy, almost unstoppable strike capability against high value targets.

Great tool for the UK

Agree. Another of our key capabilities.

Agree its a great tool but putting it on surface ships as well would not make the SSN launched any less stealthy?

I wonder why we paint Royal Navy on a missile that is only seen when launched and then those who see it arrive don’t really care who owns it? 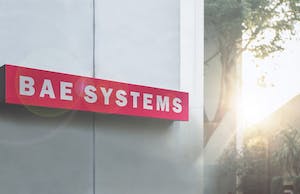 October 6, 2021
BAE Systems will deliver the five year Future Maritime Support Programme alongside the Ministry of Defence for the Royal Navy in Portsmouth.