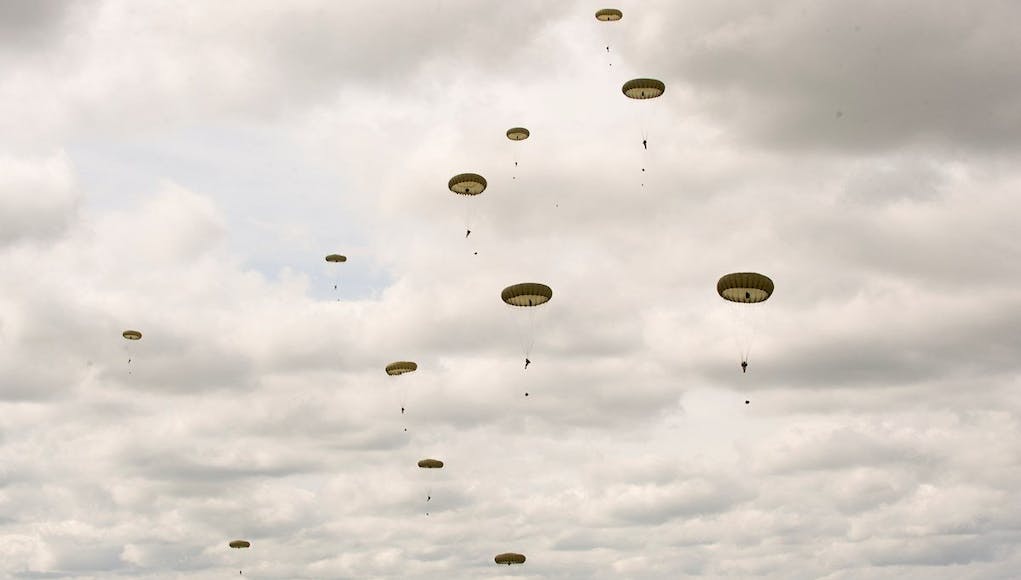 The British Army’s airborne forces are testing their ability to fight alongside mechanised infantry from key European and NATO allies, say the MoD.

16 Air Assault Brigade is heading up the ground element of the two-week long Exercise Joint Warrior, which sees more than 11,600 military personnel from 17 nations training in the UK. According to a press release:

16 Air Asslt Bde is in command of a multinational force training on Salisbury Plain, in Wiltshire say the British Army. The force is made up of:

Across the exercise, the force will practise using the air manoeuvre capabilities of 3 PARA and ATF-1 to support and enable 2 JDR operations on the ground say the British Army. The training began with some 200 soldiers of 3 PARA Battlegroup carrying out a parachute jump onto Imber from RAF C-130 Hercules.

Agree but no longer at Brigade level.

The British Army has the capability but the aircraft or supporting elements no longer exist for anything more than battlegroup size as part of the Air Assault Task Force.

Still as you say handy for rapid out of area deployments.

Practice for invasion of Norway maybe.

I’m case of Russian attack? Unlikely as NATO northern flank covered by USMC and 3 Commando Brigade, parts of which are arctic specialists.

I hope, and think, you are right.