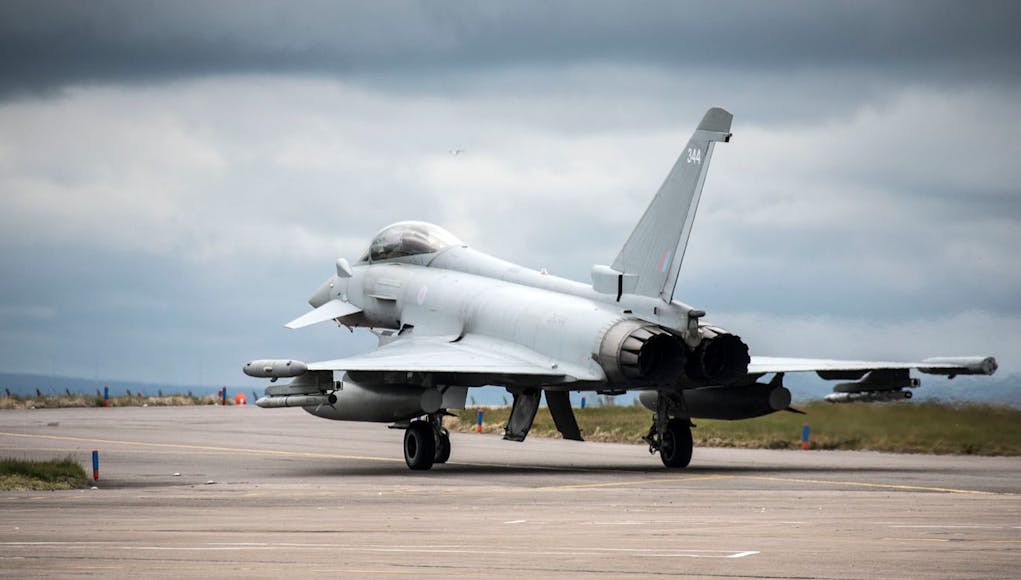 British aircraft have begun an exercise in Sweden alongside eight other nations to train together in building collective security.

Exercise Arctic Challenge is one of Europe’s largest air force exercises with 140 aircraft and 4000 personnel from the UK, Sweden, Finland, Norway, Denmark, France, Germany, the Netherlands and USA, supported by NATO assets according to a release.

According to the Royal Air Force in a release:

“Each day will see up to 100 aircraft fly simultaneously in the exercise area which extends across the airspaces of Sweden, Finland and Norway.

By taking part in the exercise, the nine participating air forces will share knowledge and learn from each other to strengthen their interoperability.”

Exercise Arctic Challenge is hosted between the air forces of Sweden, Finland and Norway and this year is led by the Swedish Air Force.

I’m always slightly baffled as to why we only send 4-5 fighter aircraft on exercises or NATO deployments like this. Would deploying an actual squadron of 12 really be that challenging or expensive?

You’re assuming we can muster up 12 aircraft at once in the same location!

It is hosted by the Nordic nations so surely the vast majority of planes will be from there. There are 6 countries from elsewhere of which one is the USA, so out 7 seem not really out of kilter.

(Perhaps the remaining Typhoons of the squadron are under maintenance or we are limiting the airframe hours or spares are not available! Or the pilots are of on holiday in their Ford Galaxy)

I’m not 100% sure but 4 – 5 Aircraft could be described in RAF terms as a ‘Detatched Flight’, not a great number by any means but its more than enough to contribute to the excersise.As said here its a balance between availability,commitments plus the need to use the airfame hours in a sensible way.The Typhoons have been pretty busy lately,common sense dictates that a fresh batch would be more than welcome but I’m not holding my breath.

We haven’t got that many Eurofighter typhoons available, 6 squadrons and 72+ aircraft is all we can muster if all are in serviceable condition. We can thank the successive Tory governments for austerity, cut backs and generally running the country down. Time to vote them out, especially if you care about the country and want a government who will actually take defence seriously- like Corbyn’s labour. Joking on that last bit, we really are in trouble, choice between saint Theresa or nut job Corbyn. Bad sitrep

Not defending the Tory’s here but Labour are also responsible for this situation.

Remember the cuts were because we’d had over a decade of Labour governments borrowing heavily and running us into a recession, and it was Labour who oversaw most of the big problems defence has now: cuts in destroyer and submarine numbers, outdated tanks, mass retirement of hundreds of armoured vehicles and aircraft with no direct replacement, constant delaying of crucial programmes like the T26. I hated the Tory cuts in 2010 and onwards as much as anyone, and they were incredibly damaging, but there was at least a reason for it. Plus, say what you will about the May government… Read more »

You mean like Russia becoming increasingly belligerent, China seizing territory, and the US potentially distancing itself from NATO? As well as the ever present demands of Argentina for the Falklands and instability across the Middle East?

Ah, we are not allowed to be involved in any of that remember. In their world view Defence is waiting on the white cliffs of Dover for an invasion fleet, or in THs case the Antonine wall.

Spot on mate. However back to the topic I am actually shocked how well the RAF is doing, spreading it’s limited assets around to meet both international commitments, both warfighting and NATO collective training. Well done the RAF.

I suppose we must wait for the bullets to actually impact a target to be sure of hostile intent.

That’s an illogical question TH since if you continue defence cuts and there is a direct threat there’s nothing you can do. Also, how about the theory that maintaining defenses at a certain level actually acts as a deterrent?

If you want peace, prepare for War.
Speak softly, and carry a big stick.

I’d also suggest that TH has many locks on his doors and windows of his house.

Just in case? As there may be threats out there who decide to come to you?

Why defence should be any different to this simple concept in some peoples minds still baffles me.

Correct as any defence has to have an offensive element in planning, and an offensive mind set. As any military that sits back and let’s an enemy continoulsy choose the time and the place, and allow them the freedom of manoeuvre, will lose every single time.

20 years living in Asia Pac regiib and i can assure you there are multiple despot regimes around the planet who restrict issues to within their own borders as they fear incursions across borders would see retribution from a capable and morale west and UN.

Erode collective capabilities to no more than local defence TH and the world will become a much more unstable and violent place.

“Remember the cuts were because we’d had over a decade of Labour governments borrowing heavily and running us into a recession, and it was Labour who oversaw”

Hi Callum what did Labour have to do with causing the global financial crisis of 2008?

The global recession hit countries with higher budget deficits particularly hard, because they were more dependent on interest rates from banks that then collapsed. British politics has played out the same way for decades: when high public spending caused economic hardship, the Tories come to power. When the economy has recovered and people want more support, Labour comes back.

That’s not an answer really is it, you said Labour ran us into recesssion but that’s not true at all, it’s not true in the slightest.

The conservatives voted with Labour for every vote to deregulate the banks, every western capitalist system did the exact same.

So how does a recession hit a country with higher budget deficit particularly hard?

You and your facts! Iceland and Toxic assets, the PIGS countries flat lining for a decade! I blame Ramsey MacDonald myself. A few Typhoon’s are all that would be required for a confidence building exercise. Putin is taken far too seriously. The world economy includes Russia and it’s not so rosy for them either. Pain in the b*m but nothing more.

Ah TH, is that the one and only or another pretender to the throne son? 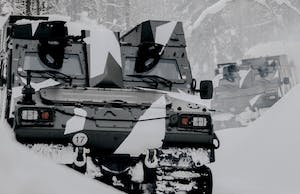