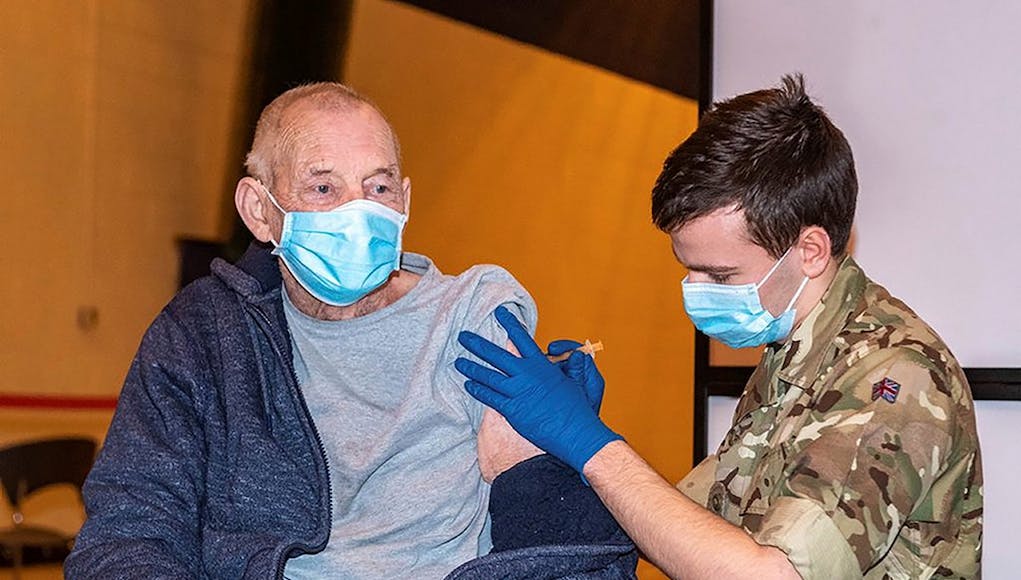 Over sixty personnel will deploy to the central belt of Scotland, assisting NHS Lothian and NHS Lanarkshire health boards in administering doses of the COVID-19 vaccines.

According to a news release from the Ministry of Defence, under the Military Aid to the Civil Authorities (MACA) scheme, personnel from across all three services will be deployed on the tasking from Monday 7th June for up to five weeks.

Helping to accelerate Scotland’s vaccination delivery programme, the support will comprise of:

“It’s pleasing to see our fantastic British Armed Forces continuing to play a key role in keeping us safe and helping defeat Covid. Their deployment to the central belt next week will help with Scotland’s vital vaccination programme and ensure an acceleration of jabs into arms. There is much to be hopeful about in the fight against Covid thanks to the UK Government procuring and paying for millions of vaccine doses for people in all parts of the UK and the dedication and professionalism of the NHS and our military.”

Working alongside NHS colleagues as part of Operation RESCRIPT, the vaccination teams will be co-ordinated by the Joint Military Command (JMC) Scotland, based at Redford Barracks in Edinburgh, and will be commanded by Brigadier Ben Wrench.

“The Armed Forces have been assisting in the fight against the Coronavirus across Scotland from the outset, providing support to the life-saving and protecting work performed by NHS Scotland and their partners. As the Commander of the Joint Military Command Scotland, I am proud that we in the Armed Forces can contribute towards this national effort, standing with and supporting the NHS to help protect the people of Scotland.”

Throughout the pandemic members of the Armed Forces have been involved in supporting Scotland’s COVID-19 response with the deployment of planners, logistics specialists and aircraft medical evacuation capabilities.

The Ministry of Defence say that between February and April 2021, over 550 personnel were deployed in Scotland; 320 General Duties personnel helped to establish a community testing network, 88 medically trained personnel administered vaccines across Scotland and almost 100 members of the Fife-based Royal Scots Dragoon Guards assisted in the establishment and operation of 80 vaccination centres.

Good job, nice to see everything working so smoothly to roll the vaccine out for everyone!
News just in from SNP HQ Twitter feed however, British armed forces have deployed to Scotland and commenced mass forced vaccinations of elderly Scottish citizens in a shameless PR bid by Westminster to get the Vaccine numbers up…

Living in Scotland it’s good to know the Armed Forces are ready to help and assist as required, can always rely on their professionalism, the politicians will tweet, moan and spread misinformation to their minions, whilst the Armed Forces quietly carry on with the job.