The UK has committed around 800 troops and more than 130 vehicles to Exercise Dragon in Poland.

The exercise involves up to 10,000 troops from five participating nations and is designed to exercise Polish Divisional and Brigade HQs while providing training at the Company and Battlegroup deployment level for UK, Polish, German and American military forces.

The first phase was reported to be a UK only exercise. The second phase, which started today, will involve all five nations.

Exercise Dragon is part of the UK contribution to Nato’s Assurance Measures and as well as delivering significant training value, is designed to provide assurance to eastern Allies.

“In a darker and more dangerous world, it is vital that we work with our NATO allies so we can respond to any threat. That’s why the UK is playing a key role in Exercise Dragon, contributing nearly 1,000 troops, and over 130 vehicles and tanks.

The exercise will help preparations for NATO’s new rapid reaction taskforce, which the UK will provide troops for every year into the next decade and which we will lead in 2017.”

Lieutenant Colonel Andrew Garner, Commanding Officer of the 1st Battalion Yorkshire Regiment, which is part of the LABG, said:

“This has been a great exercise for 1 YORKS. Getting our vehicles and equipment out to Poland was a third of the exercise, and the exercise out here has been top notch.

The Polish terrain adds a different dimension to our training which we can’t achieve in the UK. Working so closely with our NATO allies has been great training for the guys. Obviously we have different ways of doing things, but bringing all this together in line with NATO doctrine has been challenging, but highly rewarding.”

Earlier this month the government announced it was to station a company of troops in the Baltic states as part of a “more persistent presence in eastern Europe.

Exercise Dragon runs until the end of October. 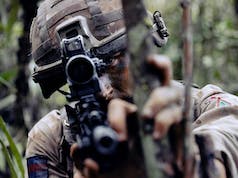 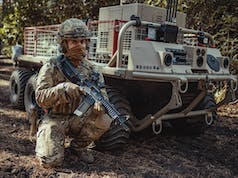 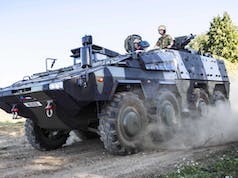 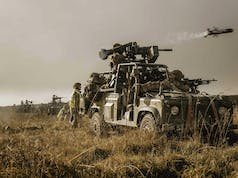 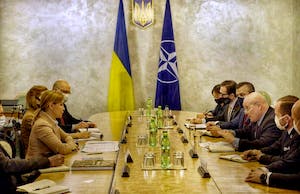 November 30, 2021
This week the discuss the crisis in Ukraine, the loss of a UK F-35B in the Mediterranean Sea, the Liverpool Remembrance Sunday terror attack, and the recent uptick in military cargo flights over Europe.