RAF pilots have now flown more than 2800 missions in Iraq and Syria against Islamic State, striking 865 times in Iraq and over 50 times in Syria.

Defence Secretary Michael Fallon has also praised the decisive difference made by the RAF in the liberation of Fallujah. Speaking at the Royal United Service Institute’s (RUSI) annual airpower conference in London, Mr Fallon said the RAF had not operated at such a sustained operational tempo in a single conflict for a quarter of a century.

Wednesday 6 July – Tornados attacked an improvised Daesh river crossing, while a Reaper struck a terrorist observation team and a group of fighters.

The details surrounding recent strikes have been released by the MoD:

On Monday 4 July, a pair of Typhoon FGR4s used Paveway IV guided bombs to destroy a number of rocket launchers near Qayyarah. The Typhoons then moved further north and attacked a terrorist muster point some 25 miles south-east of Mosul.

Typhoons were again active near Qayyarah on Tuesday 5 July, where they conducted two successful Paveway IV attacks that destroyed a mortar team and a nearby ammunition stockpile. The Typhoons were two of the fifty coalition aircraft controlled over Syria and Iraq that day by an RAF Sentry E-3D, making its regular contribution to the coalition’s command and control of a round-the-clock air campaign, and were, as ever, supported by a Voyager air refuelling tanker.

On Wednesday 6 July, Tornado GR4s used Paveway IVs to strike a river crossing near Qayyarah which had been improvised by Daesh following successful coalition attacks against their supply routes. Meanwhile, a Reaper patrolled near Sharqat in support of Iraqi ground forces, and used Hellfire missiles against a motorcycle mounted terrorist observation team. It then struck a group of extremists identified manoeuvring in the open nearby.

I hope you were referring to IS?

Islamic State is what they call themselves so that is what’s they should be referred as. Just as the Irish Republican Army, Boka Harem and Al Qaeda

I don’t understand, i was only a boy child

Great work to the R.A.F. In contributing to a international effort including in effectively dealing with Islamic State and great work to the Iraqi Army and Kurdish Fightes for their great commitment and courage to win back their country.

Didn’t know the typhoons were involved. Only thought it was Tornados attacking Islamic state

Well it’s special forces and our jets, laser targets at close range at times i bet, our sas have balls. 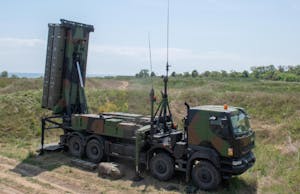