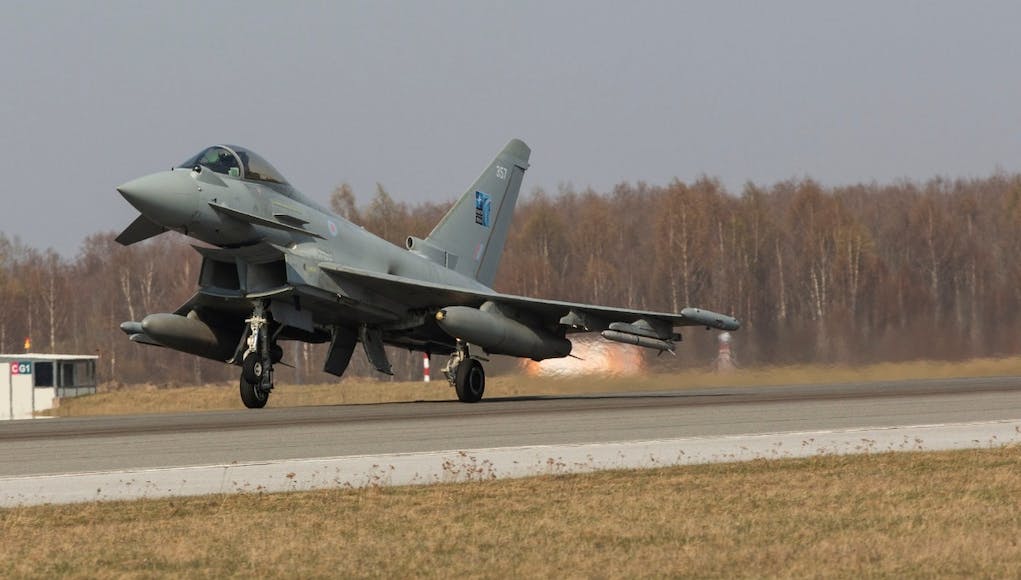 “It has been an extremely successful deployment to date for 121 Expeditionary Air Wing,” said the RAF Typhoon Detachment Commander, Wing Commander Dave Boreham who added that his team conducted more than 15 intercepts since their arrival in May seeing Royal Air Force Typhoon escort over 40 aircraft close to Estonian airspace.

“It has been a privilege to work alongside our Estonian colleagues and hosts where we have stood shoulder to shoulder supporting the NATO Baltic Air Policing mission and reassuring our NATO Allies in the Baltic region,” the Wing Commander continued to say in a release.

According to a statement, the deployment of the four Typhoon aircraft from RAF Coningsby to Estonia for four months during the summer of 2019 is the British contribution to NATO’s enhanced Air Policing, which forms part of the NATO Assurance Measures first announced in 2014.

“The Royal Air Force Typhoon aircraft have returned to Ämari Air Base in Estonia for the third time after their last deployment in 2016. Contribution to this mission builds on previous Royal Air Force experience gained on Baltic Air Policing and recent enhanced Air Policing missions in Romania demonstrating the United Kingdom’s commitment to NATO and the Allies.

The Typhoons were integrated into NATO’s Baltic Air Policing mission together with the lead nation Hungary and the other augmenting nation Spain. The Combined Air Operations Centre at Uedem provides tactical control of the detachments during missions aimed at safeguarding NATO airspace in the region along the shores of the Baltic Sea.”

The Alliance say that deployments in support of NATO’s Baltic Air Policing “demonstrate the collective and individual resolve of Allies and will to provide a combat-effective, responsive and flexible military capability able to respond to any aggressive act, supplementing other NATO efforts in the region”.

For anyone who isn’t aware there is program on ITV at 21:00 called Fighter Pilot: The real Top Gun, about Britain’s fighter pilot school, should be a good watch.