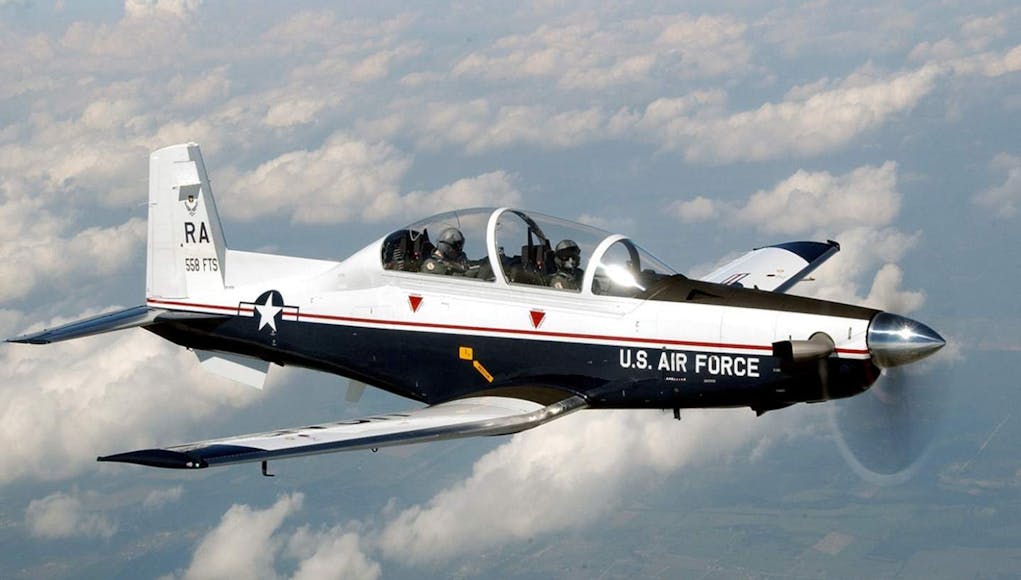 Cobham Aerospace has been chosen to upgrade ADS-B capabilities for the US Government’s T-6A trainer fleet.

The T-6A is used by the United States Air Force for basic pilot training and Combat Systems Officer training, and by the U.S. Navy and US Marine Corp for primary and intermediate Naval Flight Officer Training.

The Beechcraft T-6 Texan II is a single-engine turboprop aircraft built by the Raytheon Aircraft Company. A trainer aircraft based on the Pilatus PC-9, the T-6 has replaced the US Air Force’s Cessna T-37B Tweet and the Navy’s T-34C Turbo Mentor. The T-6A is used by the United States Air Force and by the Royal Canadian Air Force, Greek Air Force, Israeli Air Force, and Iraqi Air Force for basic flight training. 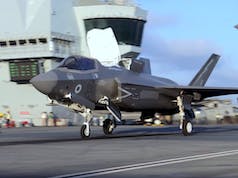 Are these the aircraft replacing Tucano as the RAFs fixed wing trainer under MFTS?

And how many are we getting?

Well the thing is 10 T6c are not replacing 100 Tucano that is not how the UKMFTS contract works. To break it down a bit, UK government purchased 100 Tucano back in the 1980’s. That number was purchased due to the UK having a larger front line fleet and requiring more trained pilots. As the UK was buying those Tucano it needed to buy enough to service training with a large enough reserve in storage to rotate through squadron and maintenance to ensure a reasonable OSD. (Funny side fact, not one of those Shorts Tucano had an airframe that was… Read more »

Glass Half Full
Reply to  Fedaykin

Thanks for detailed explanation.

Wondered whether 10 was enough for the pilots needed.

Understood. In fact I recall the Tucano order was way over 100.

Yes I was aware these are COMO aircraft that the RAF don’t own.

Didn’t know the Grob replacement for the UAS and AEFs had that capability, indeed mitigates somewhat.

Another thought. 40 Prefects. How are they split amongst the varied UAS around the country? Again replacing a higher number of Grobs.

Will all UAS get a complement? I know there was talk of centralizing the UAS at Wyton and now Wittering.

Well I think we are a long way off UKMFTS being classed as a success. The multi engine pipeline is particularly troubled due to poor availability of the Phenom and training is still at Linton-On-Ouse with the Tucano. The T6c has only recently arrived at Valley and we are way off seeing if 10 airframes is enough.

The Israelis also own 28 of them. I used to take care of those logistics wise. They woulldn’t let our firm use U.S. contractors to maintain them. We had to set up an entire Israel based subsidiary with only Israeli citizens allowed to touch. Say what you want about the country but they take their security with the utmost seriousness for obvious reasons.

They don’t just apply thise rules to the military contracts. if you want to do business with them in banking and finance you have to setup an Israeli entity that is managed by Israeli’s they won’t deal with anyone else end of story.

I would NOT dispute you!

The American taxpayers bought those 28 aircraft for Israel just to be percise. 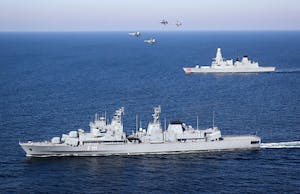