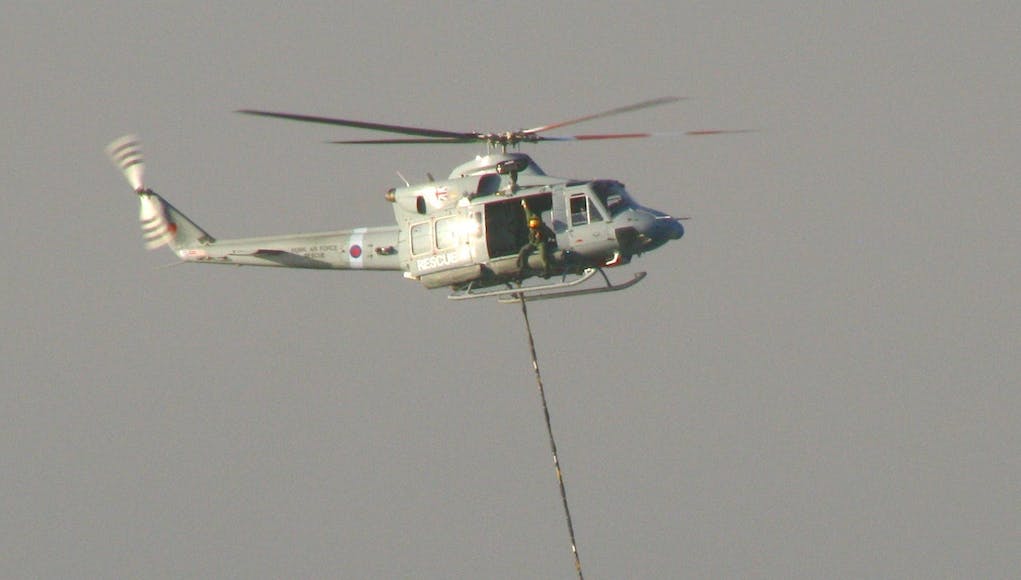 RAF helicopters have joined the battle against one of the biggest forest fires to hit the island of Cyprus in years.

The fire has already claimed the lives of two firefighters, Marios Aristotelous and Andreas Sofocleous.

84 Squadron, based at RAF Akrotiri, has deployed its Bell Griffin HAR.2 helicopters dropping water alongside aircraft from Greece, Israel and Cyprus in efforts to fight the blaze. It is currently the only operational part of the RAF Search and Rescue Force after the stand-down of the UK effort on the 5th of October 2015.

The Search and Rescue Force was established in 1986 from the helicopter elements of the RAF Marine Branch which was disbanded that year. The Force supported search and rescue over the United Kingdom until the 4th of October 2015 when the role was handed over to civilian contractor Bristow.

Since January 2003 the squadron has been assigned to British Forces Cyprus at RAF Akrotiri in the search and rescue role using the Bell Griffin HAR.2. The helicopters are leased from and maintained by a civilian company.

84 Squadron aircraft are also used for UN duties in maintaining the buffer zone separating Cypriot and Turkish forces. In recognition of this role the aircraft are always unarmed and carry a light blue band around their tail, matching the blue berets of UN peacekeepers.

84 Squadron is the only serving squadron never to have been based in the United Kingdom.