Over the past week, British combat aircraft have engaged Islamic State heavily from the air. Tornado, Typhoon and Reaper aircraft have all been utilised.

From the 26th of July until today, Typhoons bombed a terrorist mortar position in northern Iraq and destroyed Islamics State strongpoints on the Mar’a Line in Syria, whilst Tornados attacked a safe house for foreign fighters in northern Iraq.

Tornados attacked a group of terrorists in northern Iraq and participated in a major coalition air strike on Saddam’s former palace in Mosul, used by Islamic State as a headquarters and training establishment for foreign terrorists, while Typhoons destroyed a network of fortified positions on the outskirts of Manbij.

In Mosul, extensive surveillance had established that Islamic State were using a palace, built by the former dictator Saddam Hussein, as a major headquarters and training centre for foreign terrorist recruits.

According to a Ministry of Defence press release, the complex, sat in a large secure compound next to the Tigris, included not just the main palace building, used as an accommodation and meeting venue by the terrorists, but also a number of more discreet outbuildings used for command and control, training, internal security and repression.

A large coalition air package drawn from several nations conducted a carefully coordinated attack on the complex on the afternoon of Monday 1 August. 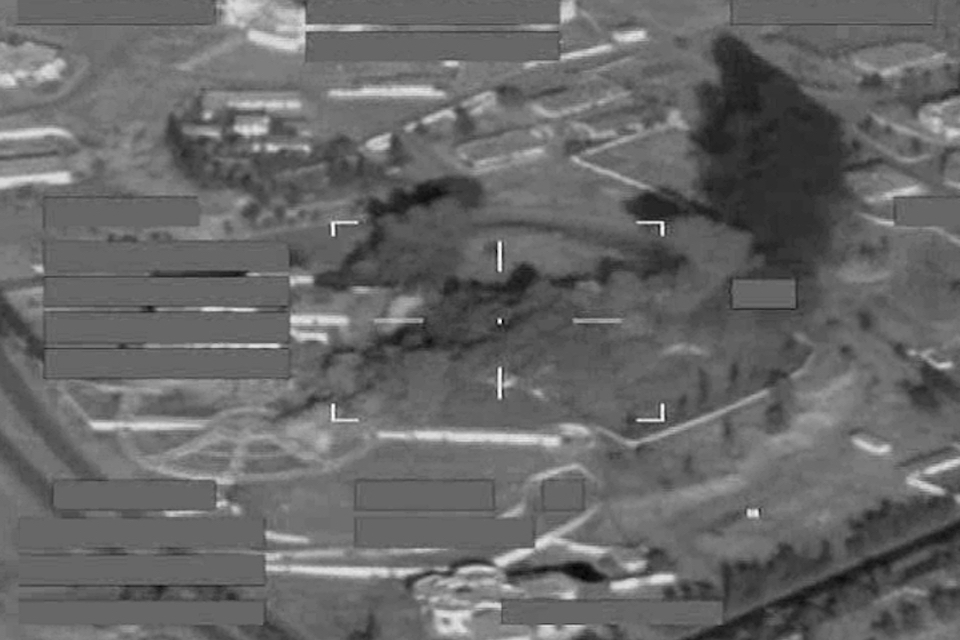 The British contribution was a pair of Tornados, armed with two 2000lb Enhanced Paveway III bombs, which were used to target first the headquarters buildings.

Initial analysis indicates that the coalition mission was successful.