An RC-135 Rivet Joint ‘signals intelligence’ surveillance aircraft has been patrolling close to the Russian border near Kaliningrad.

These flights are routine and a normal part of intelligence gathering and picture building activities. Russia does it too.

The RC-135W Rivet Joint and its sensors are designed to undertake ‘signals intelligence’ missions, in other words they ‘soak up’ electronic emissions from communications, radars and other systems.

This comes not long after previous British RC-135 missions operating over Black Sea and Baltic Sea, this heavy usage demonstrates the apparent utility these aircraft have to the Ministry of Defence.

I’m sure the Russians will be happy!

Is it just me, or have a few post just disappeared, did someone in a passing RC135 hit the delete button, come to think about it, why has that Ice-cream van with the blacked out windows been outside my house all week….

According to Janes, after the government extended the out of service date of the Rivet Joints to 2035, they have now signed a deal with the US to extend the service and support agreement to coincide with that date.

I see now that you’ve also got that covered. 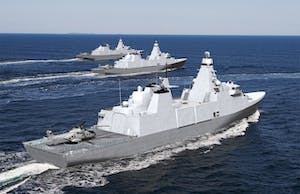