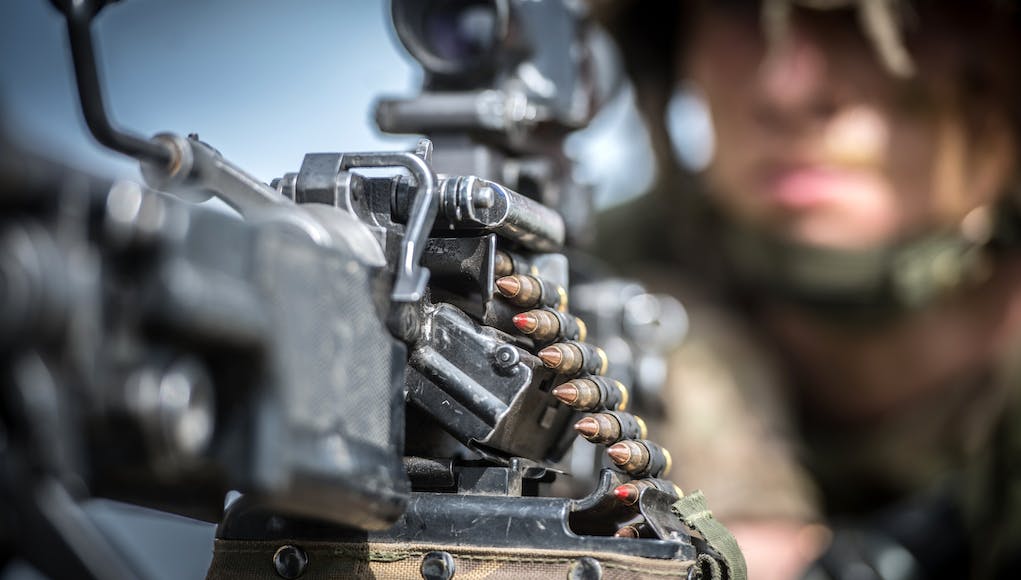 British forces are expected to conduct land-based exercises in Japan later in the year.

Nia Griffith Shadow Secretary of State for Defence asked via a written question:

“To ask the Secretary of State for Defence, pursuant to the Answer of 29 January 2018 to Question 123796, which joint exercises with Japan he plans the UK to participate in over the next two years.”

Mark Lancaster The Minister of State, Ministry of Defence answered:

“We are developing plans for Royal Navy ships to participate in bilateral exercises with the Japanese Maritime Self-Defense Force during their respective deployments to East Asia in 2018.

We also plan to participate in a land-based exercise in Japan in October 2018 with elements of the Japanese Ground Self-Defense Force.

These exercises deliver on a 2017 commitment made by the UK and Japanese Prime Ministers to conduct joint training and exercises.”

Theresa May earlier told Japan that the UK will stand “shoulder to shoulder” with them over the threat from North Korea. The prime minister was in Tokyo where she announced an increase in mutual cooperation over defence and cyber-security.

“The prime minister also discussed the importance of the show of unity at the UN security council last night in speaking with one voice against North Korean aggression.

She added: “Prime Minister Abe and the prime minister agreed that it was important to send a powerful message to North Korea that it won’t be tolerated.”

I am determined that our defence and security co-operation will continue to go from strength to strength, enhancing our collective response to threats to the international order and to global peace and security, through increased co-operation on defence, cyber security, and counter-terrorism. And that must include confronting the threat that North Korea poses and ensuring the regime stops its aggressive acts.”

[…] British troops to participate in a land-based exercises in Japan in October https://ukdefencejournal.org.uk/british-troops-participate-land-based-exercises-japan-october/ […]

Surely with an extended global mandate, UK forces will require the retention of its amphibious fleet?

We really are worried about China aren’t we…

No we are really worried about future trade deals. We are also worried that our place in the world has vanished now that the US focus is towards China and no longer Russia and so we are trying to shout don’t forget us to the US.

Honestly not sure how these 2 work together, as annoying china is also annoying the worlds 1st or 2nd largest economy at a time when we need all the friends we can get.

Japan and the UK are eerily similar. Both Island nations, both ex empires, both constitutional monarchies, both with a fraught relationship with the mainland. The Anglo Japanese agreement falling apart was in my opinion one of the worst mistakes of the 20th century. Any attempt to strengthen ties between our two countries is a good one.

All that said we should avoid wars in Asia like the plague. Being a global player doesn’t automatically translate into global policeman.

It pays to increase links with Japan as we share many characteristics. Having worked there the people are tough and uncompromising when it comes to business, but wonderful hosts. We have similar attributes, humour being one. I’d like to see a greater bond with Japan both in a military and business sense.

I think we forget that Japan’s progress into being a modern nation was though inspired by others (in particular American fleets threatening their independence) was almost entirely down to British pre existing trading links of the time and their respect for Britain and its technological prowess. Their early fleet was predominantly built in Britain their commerce and industrial base based on or inspired by ours so yes its about time we renewed the relationships we once had to mutual benefits. Military cooperation in particular seems the obvious focus as and when our needs and equipment procurement go beyond a total… Read more »

I have respect for the Japanese people and I’d like to see greater co operation in security matters.

And both of the participating British troops will have at least one weapon between them, with an ammunition allocation of 5 rounds per man. No expense spared from the MOD. Meanwhile the welfare budget will increase to ensure the lazy and feckless get the next generation I phone and then possibly vote for the ones who gave it to them.

The lazy and feckless don’t tend to bother to vote.

After 24 years doing the job I feel I have earned the right to make tongue in cheek comments.

Wouldn’t it be great if the lazy and feckless were made to earn State contributions as part of a National Service?

But as a separate regiment, not as part of the Army Reserve or regulars. I would not like to see a conscript military, HM forces are professionals.