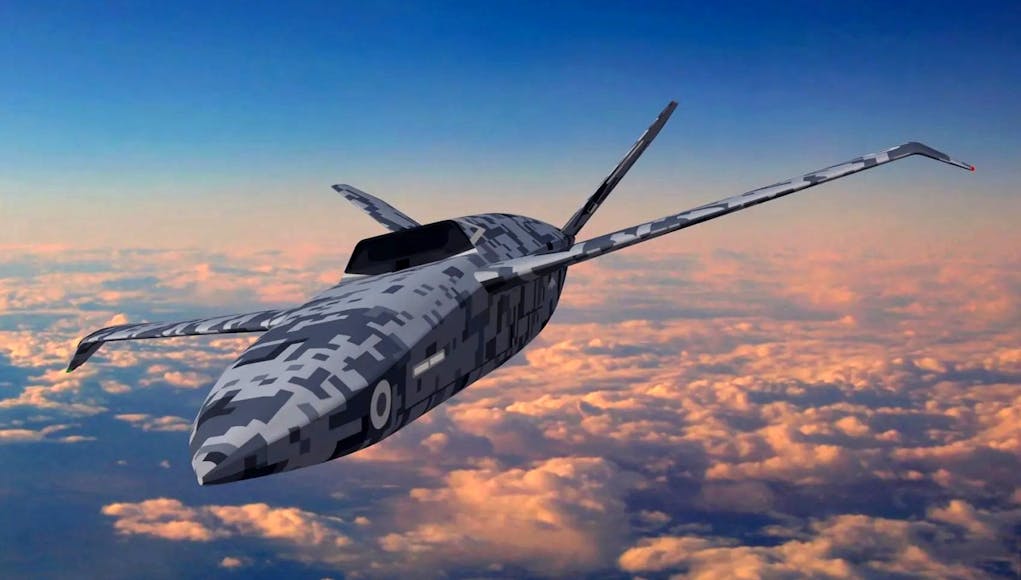 Mosquito, the upcoming British fighter drone, will fly in 2023.

“Project Mosquito, our autonomous combat aircraft has continued to advance at pace, building on the £30m contract awarded to the Spirit Aerospace-led Team Mosquito to design and manufacture a demonstrator that could form part of the Combat Air force mix.

In collaboration with the RAF Rapid Capabilities Office and Dstl, as well as Northrop Grumman UK and Intrepid Minds, Team Mosquito are working hard to meet our objectives of proving dramatic cost and timescale reductions using enhanced digital design and pioneering manufacturing technologies.

The physical models now on display in the RAF Zone are representative and reflect the developing maturity of the design. They are displayed in scale matching the Tempest model, representing a potential four-ship of the future. This is a game-changing project, in every sense, and it is going really well. So much so, that I’m confident enough to announce that we will see the Mosquito demonstrator flying in UK airspace by the end of 2023, perhaps even for DSEI 23.”

And you can also find Mosquito models flanking the concept of a core aircraft to showcase how the Future Combat Air System could involve a whole network of capabilities, including supporting uncrewed aircraft #DSEI2021 pic.twitter.com/kZg2eDU3ip

According to the Royal Air Force, the Mosquito is known as a ‘loyal wingman’. Flying alongside manned jets, these aircraft will be able to target and shoot down enemy aircraft and intercept surface to air missiles.

Spirit AeroSystems in Belfast were recently selected to lead Team MOSQUITO in the next phase of the project. Team MOSQUITO, which also includes Northrop Grumman UK, will mature the designs and manufacture a technology demonstrator to generate evidence for a follow-on Lightweight Affordable Novel Combat Aircraft (LANCA) programme, you can read more about that here.

Team MOSQUITO, which also includes Northrop Grumman UK, will mature the designs and manufacture a technology demonstrator to generate evidence for the LANCA programme. If successful, Project Mosquito’s findings could lead to this revolutionary capability being deployed alongside the Typhoon and F-35 Lightning jets by the end of the decade.

“The Project will deliver a demonstration of a capability that the RAF may wish to develop further in the future,” a spokesperson from the RAF said.

“It is not intended to output an operational capability at this stage, but it will inform future decisions for the future UK combat air capability.  We are exploring the optimum way in which such capabilities could complement platforms such as Typhoon, F-35, and Tempest.”

“Fighter drone!” Lol, we will prob just buy of the yanks in the end again, Sadly!, as we could have really built up a great Drone building industry if we suported our own more.

I thought Taranis was a winner great looking stealth bomber drone…we’re did that go? And Mantis?

That is too cynical a judgement. This is, in fact, good news. Mosquito will be like an there for added protection, firepower and information. Taranis was to be developed with Dassault who backed out. However, all of the research done did not go to waste and was fused into the Tempest programme. Mantis was simply not feasible because it would not be a high end drone but would end up being abnormally expensive per unit due to our lower requirement in numbers. The chances of it successfully, directly taking on Reaper and other American drones in the international market would… Read more »

Ok fair enough, this actually seems positive like it’s a winner and we might actually order some for the RAF.

I don’t actually agree on Mantis, BAe have a habit of saying if you want if you need to pay(alot). Look at Aeralis, they believe they can cut the cost of an air frame considerably. BAe wanted 100m to finish development of the Advanced Hawk.

Yet Aeralis will probably complete full aircraft development for far less than 100m. Some of the Exec team at Aerais are Ex-BAe they probably know there’s a lot of fat that can be trimmed from these projects.

Are you optimistic about anything?

It’s being so cheerful what keeps you going !
Omg just seen how old this article is.

According to Twitter, PM to make joint statement with Biden and Australian PM at 10pm tonight about formation of AUKUS to face off vs China.

Thanks for sharing the link 👍

Ha!! It’s,ignored on BBC and ITV but live on Sky News.

Its on the BBC now DM , leave the poor BBC alone.

Not a case of poor BBC. On sky it was live. On other main terrestrial channels they were more interested in cabinet reshuffles and highlighting Truss, Raab, and Williamson.

The leaders of 3 of the western world’s main democracies speaking live at the same time in a joint statement.

And yes I did see it on the BBC once they’d finished and I turned back, it was a minor article later in with Begum all glammed up and westernized trying to come back here.

Hi DM, It also seems that the Aussies might scrap the sub deal with France and go with SSNs with American and British tech. It was a link on navy lookout.

Going Nuclear makes much more sense for Australia. They where being robbed for the AIP subs that simply didn’t have the endurance to patrol the South China sea from Australia.
I see the UK being more involved with the US as well when it comes to the Astute replacement, we just don’t order enough to offset the costs of development.

Yes, read that. Waiting to see what is announced.

Our involvement will be mainly political, intelligence and tech sharing, which to be fair we have that relationship with US and Australia anyway, especially in intelligence through UKUSA now more commonly known as 5 eyes.

I thought five eyes included Canada and NZ as well ?…Shame Canada and NZ aren’t involved.. still I understand the Yanks weren’t happy with NZ in regards to their Chinese ties- somethng to do with perceived post COVID subversiveness ? Anyway for me Id rather be closer with Canada/AUZ & NZ in the first instance tbh-still ’tis what it ’tis

Yes, Canada and NZ are also 2nd parties in UKUSA. My point was a lot of what the media will now be reporting already exists in the Intelligence field, and has for decades.

Indeed Daniele. The countries mentioned have collaborted on many fronts in the defence realm over many years. With regards to the Chinese issue I think many nations, not only here in Africa but also Aus and NZ are beginning to see the sting in the tail in relations with China. However, NZ under Jacinda Ardern are firmly in the Land of Woke including continuing to have no combat aircraft and minimal defence assets in general other than legendary Kiwi blood and guts. That needs to change.
16 degrees and drizzle﻿🙄﻿

Tell me about it, I Iive in Auckland! You should have seen her nonsense dribble response to the this news. Looks like a deer in the headlights with that ” what the f** k’s going on here” look all over her face! Time to get off the fence and side with our Aussie brothers.

On a further note, the temerity and hypocrisy of the China responses to this news. Acting like a 19th century power trying to empire build!

Morning Klonkie. The Chinese live in two parallel universes-one a modern progressive industrious nation and the other a sinister dictatorship that tortures its own citizens, locking them up in re-education camps and flouting international law by just annexing huge areas of international waters. The Aussies have cottoned on to China but Ardern…well, what can one say? I see she has stated she will ban any Aussie Nuke subs from entering NZ waters!! Let’s hope a more realistic PM arrives next time round.. ps we have cousins in Wellington who are truly depressed and miserable with the weather, the rain ,… Read more »

Maybe this has already been answered before , but would these be light enough to be suitable for the proposed carrier catapult system for launching drones?

is this part of the loyal wingman programme or an independent project?

What would be a real fitting touch is if the squadron where they are all based was named 663 Squadron:

I like it Farouk, then we can send them off to bomb a munitions factory in Norway mate!

On a serious note, it’s all looking rather positive….

It’ll be to heavy on the rear

Should be “Mosquito II,” no??? The RAF has to do right by DeHavilland’s classic from World War II, like the U.S. did with naming the F-35 the Lightning II, out of respect to Lockheed’s P-38. 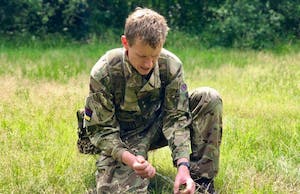