Two explosions have been reported in the departure area of Zaventem airport in Brussels.


The local fire service have told local media there are at least several dead and wounded. The cause of the explosions is currently unknown but rumours suggest that this was a terrorist attack.

The Belga news agency reports that shots were fired and shouts in Arabic were heard before the two explosions.

The blasts come days after the capture of Salah Abdeslam in Brussels, the main suspect in the Paris attacks in November.

“I was on a break and heard and felt a big explosion – we have from here a view over the departure hall and saw a plume of smoke come out. The windows are completely shattered. People went outside in shock. It doesn’t look good.”

Images on social media showed smoke rising from one of the buildings, amid reports of panic as people fled the airport. 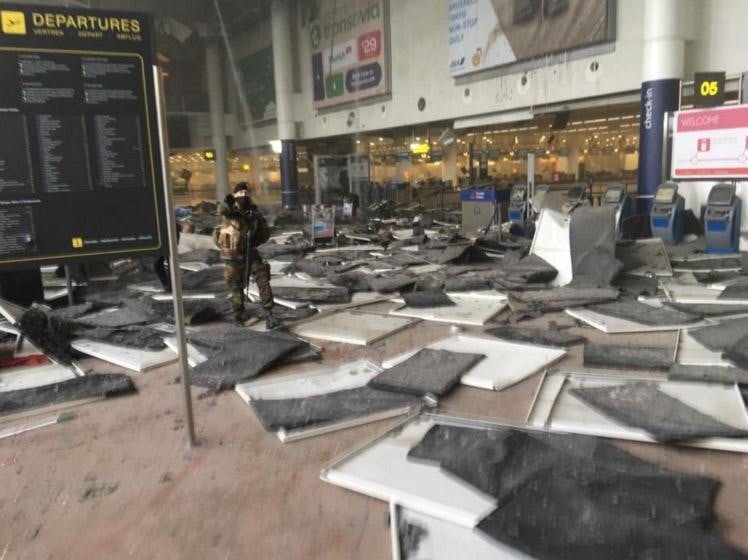 Brussels Zaventem Airport is an international airport 11 km northeast of Brussels. In 2015, more than 23 million passengers arrived or departed at Brussels Airport, making it the 21st busiest airport in Europe.