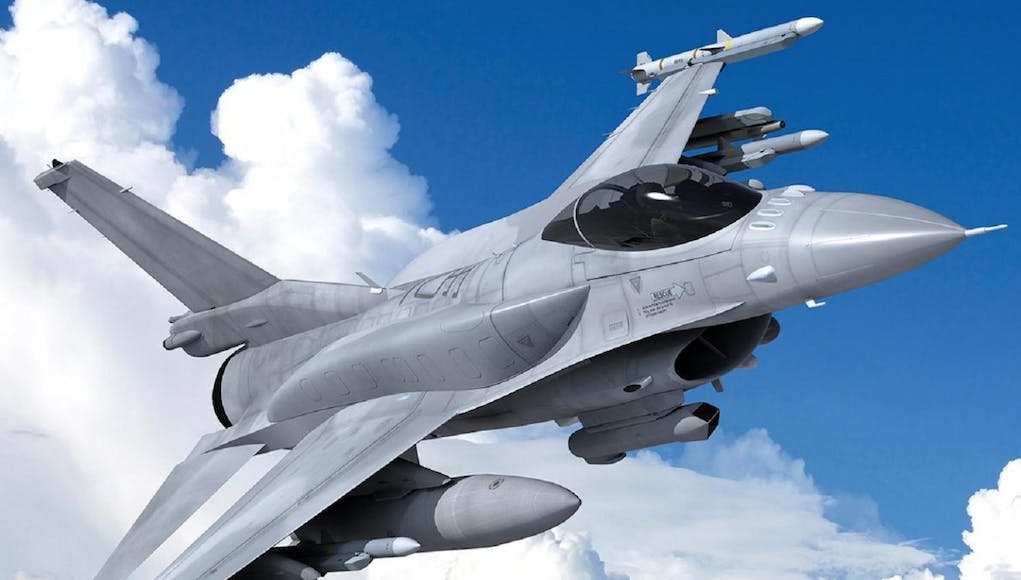 The US State Department has approved the sale of of F-16C/D Block 70/72 aircraft to Bulgaria for an estimated cost of $1.673 billion.

The US Defense Security Cooperation Agency delivered the required certification notifying Congress of this possible sale last week. The notice is displayed below.

The US State Department say that the proposed sale will contribute to Bulgaria’s capability to provide for the defense of its airspace, regional security, and interoperability with the United States and NATO.

“These aircraft will provide Bulgaria with a fleet of modernized multi-role combat aircraft, ensuring that Bulgaria can effectively operate in hazardous areas and enhancing the Bulgarian Air Force’s interoperability with U.S. as well as NATO forces.

Bulgaria currently relies on the United States and the United Kingdom to participate in joint air policing.”

By acquiring these F-16s and the associated sustainment and training package, Bulgaria will be able to provide for the defense of its own airspace and borders.

I believe the Typhoon was in the running, so again it misses out.

Not really that surprising, the Typhoon is a costly type to operate. The F-16 has a huge global fleet making economies of scale really kick in when it comes to operating costs. It is also compatible with a large range of very credible and advanced weapons. A Block 70/72 F-16 gives significant bang for your buck and I would argue a better choice than a refurbished Tranche 1 Typhoon, a modern avionics suite including AESA keeps it pretty cutting edge and partnered with AIM-120 C7 and AIM-9X a formidable opponent. There are also geopolitical considerations, the former Communist NATO states… Read more »

This documentary about UAE F-16 at Red Flag gives some useful insight into how the US supports a customer through an FMS type procurement.

Would have thought another obvious candidate would have been the Gripen, bearing in mind operating costs etc.

Having watched the Grippen close the Cosford Air Show yesterday I would concur.
No expert, but it’s ability and manoeuvrability was superb, but then so were the FA 18 and the Typhoon. Good job I am not in charge of the purse strings as too easily impressed!

Given that this is their entry into the world of western combat aircraft they’re not exactly filling their depots with munitions… 16 Amraam C7 24 Sidewinder 9X 15 Paveway II 15 LJDAM 28 SDB 4 Sniper targeting pods… To equip 8 aircraft. Only enough Mk.82’s to equip 24 Paveway II and LJDAM with a live warhead, with the remaining 6 being inert training munitions. It’s a step up for Bulgaria as they can barely get a fighter in the air at present. But realistically the Bulgarians have bought themselves 1 combat sortie from their airforce for $1.6bn in times of… Read more »