Huge lines, extra security screenings and the potential for an airliner to have been brought down have caused chaos in Australian airports.

There was a certain chill, had counterterrorism police not arrested four individuals on terrorism charges a daybefore, an airliner would have been brought down over Australia.

If you looked at the Sydney airport terminal during peak hours on Monday, you would presume that every flight out of the airport had been cancelled and that chaos was descending – but you would be wrong.

Over the weekend, the Joint Counterterrorism Taskforce consisting of New South Wales Police and the Australian Federal Police made a series of arrests across Sydney, arresting people on charges of terrorism. However it was in a bin outside of one of the raided locations that tipped police off to a potential attack.

Under the plan, four men (including one under 18 years of age) planned to smuggle an explosive device onto a commercial airliner that was bound for the Middle East and detonate the device once the plane was in flight.

Added security is the reason why its all jampacked! I don’t mind, atleast I feel safe flying out of Sydney #SydneyAirport pic.twitter.com/DKtQ9mSrCm

In response to the potential threat, extra security measures were rolled out at all airports on the east coast of Australia which is causing chaos at terminals. Passengers are reporting major delays in boarding their flights and there is a potential that these increased measures could continue into the next few weeks.

We encourage all passengers to arrive early today due to additional security measures in place. We appreciate your patience.

Police over the next few weeks will continue to gather evidence at five homes across Sydney as they try to piece together the details of this attack that nearly happened with many fearing that had police not intervened at the 11th hour, the consequences would have been much worse.

Since 2014, 70 people have been charged as a result of 31 counterterrorism operations around Australia and this would be the 13th plot that has been disrupted since such time.

Probably those damn radical Buddhists at it again. Couldn’t possibly be Islamic 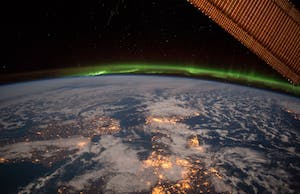 June 13, 2022
It is in orbit, long the domain of three-letter agencies with multi-billion budgets, that the real intelligence revolution has started.