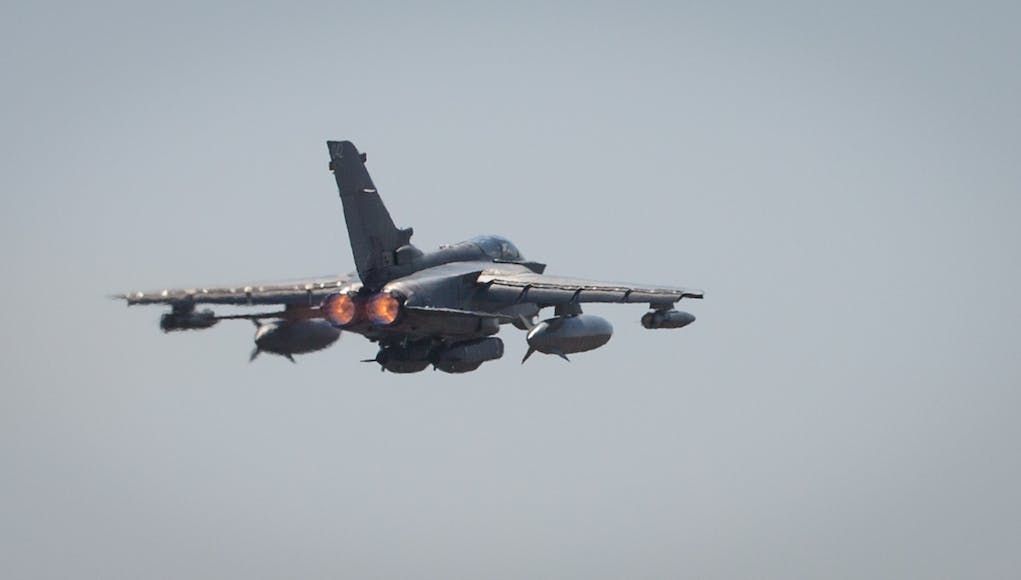 Officials reported details of yesterday’s strikes, noting that assessments of results are based on initial reports. The following is a list we received of those strikes.

In Syria, coalition military forces conducted two strikes consisting of three engagements against IS targets near Abu Kamal yesterday. The strikes engaged a tactical unit and destroyed two vehicle-borne-bomb factories and an IS headquarters.

Officials also provided details today about three strikes consisting of three engagements conducted Oct. 16 near Raqqa for which the information was not available in time for yesterday’s report. The strikes suppressed three communication lines.

— Near Beiji, two strikes destroyed a vehicle-borne bomb and an IS tunnel.

According to an accompanying media release:

“The destruction of ISIS targets in Iraq and Syria also further limits the group’s ability to project terror and conduct external operations throughout the region and the rest of the world.

The list above contains all strikes conducted by fighter, attack, bomber, rotary-wing or remotely piloted aircraft; rocket-propelled artillery; and some ground-based tactical artillery when fired on planned targets.”

We understand that ground-based artillery fired in counterfire or in fire support to maneuver roles is not classified as a strike, they added. A strike, as defined by the coalition, refers to one or more kinetic engagements that occur in roughly the same geographic location to produce a single or cumulative effect.

Wear and tear and depletion of munitions: Not that I am against UK forces being involved in these operations I have concerns that the MoD will have insufficient resources to keep the Tornado going until its Out of Service date, or that events will dictate its Out of Service date must be extended. Also that its successor is taking much longer than anticipated to reach its full potential. Add to that it’s unknown what stocks of weapons the RAF is depleting and if the MoD is capable of funding their replacements and additional stocks for future conflicts. Long lead items… Read more »