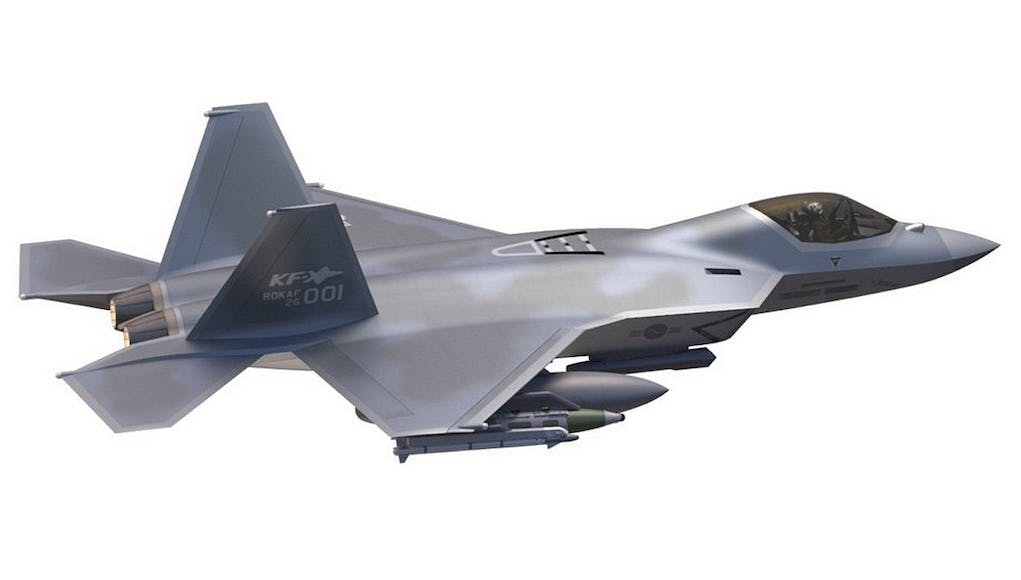 Cobham has received a contract from Korean Aerospace Industries Ltd (KAI) to design and supply a pilot Oxygen System for the future KF-X, an advanced multirole fighter aircraft currently under development.

The company say that this represents the fourth contract award Cobham has earned from KAI in support of the KF-X program. Other Cobham solutions selected by KAI for KF-X include Missile Ejection Launchers, a full range of Communication, Navigation and Identification conformal antennas, and external fuel tanks and pylons.

“Cobham Mission Systems, the market leader in military life support oxygen systems, will be leveraging its latest Next Generation Oxygen Concentrator technology, as well as the newly developed Electronic Seat Mounted Regulator to outfit the KF-X aircraft.  This high-reliability system will not only meet or exceed the current requirements, but will be capable of spiral upgrades as new technologies, such as pilot breathing sensors, are introduced in the future.”

“Cobham has a long history of working with KAI on a number of aircraft platforms.  We are very excited that KAI selected Cobham’s latest oxygen concentrator solution for its newest platform,” said Kevin McKeown, Vice President, and General Manager of Cobham Mission Systems.

“The KF-X program is strategically important for Cobham and this contract award will allow us to continue to lead the market in life support oxygen systems for military aircraft”, he added.

The multi-year contract will support the entire EMD Phase of KF-X aircraft development.

That is a good looking plane. Looks like a mash up of F15 and F22s best bits.
Well done Korea. If the price is right they should secure some export orders

No. This does not mean a South Korean firm gets given a big ticket contract like the Fleet Solid Support Ships as some sort of deal either.