Thales UK has been awarded a contract for the continued service provision and equipment maintenance of the High-G Centrifuge in Cranwell.

The High-G training and test facility at RAF Cranwell was opened in 2019. The current contract Is due to expire in November 2021.

“Pilots are able to experience up to 9G – nine times the normal gravitational pull of the Earth – and learn how to use their specialist in-cockpit flying equipment to help them cope with these stresses. The centrifuge can accelerate up to 9G in one second and rotate up to 34 times a minute.”

Anyway, on to the contract award notice:

“The Flight Simulation and Synthetic Trainers Team, part of the United Kingdom Ministry of Defence (“the Authority”) intends to place a new contract with Thales UK Limited (“Thales”) for the continued service provision and equipment maintenance of the High G Centrifuge in Cranwell together with the continued development of the training and test programme and safety case.

The Authority intends to place a new contract with Thales for a period of 3 years with an option to extend for a further 12 months. It is considered that this contract can be entered into by the Authority without the prior publication of a contract notice pursuant to Regulation 16(1)(a)(ii) of the Defence and Security Public Contract Regulations 2011 on the basis that no economic operator aside from Thales UK is capable of meeting the Authority’s requirements for technical reasons. For reasons unforeseeable by both the Authority and Thales the development of the safety case and training programme will not be at a sufficient level of maturity to enable the on-going requirement to be competed upon expiry of the current contract due to the lack of robust data which it is envisaged will be available on expiry of the current contract.

Furthermore, there is only one company (Thales UK), who can provide the on-going services as they are the only ones who have the know-how and expertise to provide the continuing services. To hand the continuing development of the safety case and training programme to another provider would for interchangeability and interoperability reasons be strictly impractical as a new provider would have to repeat the vast majority of the work already done. This would cause delay, significant inconvenience and substantial duplication of costs for the Authority. In addition, to provide incomplete or immature data merely for the purposes of a competition, before it is at a sufficient stage of maturity risks endangering life. The Authority intends competing the on-going requirement as soon as it is practicable for it to do so.”

The value of this new contract is estimated to be approximately £7-9 million.

I thought it was at Alton Towers. Yeah i’ll get my coat.

Is this nicknamed Nemesis? 🙂 Or Oblivion? Should it be a screening requirement for RAF pilots that they enjoy roller coasters and have done the big dipper in Blackpool? 🙂

Typhoon will be in RAF service for another 20 years, maybe more. F35 30-40 years. So a while yet before all crews are flying UCAV’S.

Soon to be a thing of the past for the RAF as they are going over to arm chair pilots for their fast jets jockeys anyway so said their big chiefs a little while back.

Perhaps but I still think you need the soft squishy things in the cockpit for a while, automation and AI is still ways off from maturity, and comms can be disrupted unless they invent some robust laser real-time connection from satellites that can go through clouds.

So annoying outsourcing stuff that we used to do in house.

Remember not just pilots astronauts use the centrifuge. Equipment, components and instruments also need Hi G testing, so there will be a lot of work for the Cranfield centrifuge in years to come. FAST Farnborough Museum have the previous UK centrifuge, in a preservation order building. I recommend booking online a visit to tour the facility and hear the interesting audio visual lecture, with a printed booklet available. The history , engineers and testers are amazing. Brilliant visit for students and teenagers, not just aviators and engineers..

Fully agree with Guy, Farnborough its a very interesting visit. The guides spent a whole career working on it and Sue who leads the event actually did ‘flights’ in it. https://farnboroughcentrifuge.org.uk/

I have never been convinced that ‘subbing out’ work is cost effective. 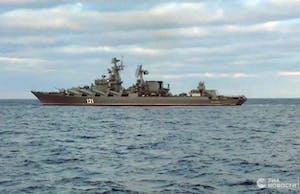