Home Air Could military aircraft return to Leuchars base? 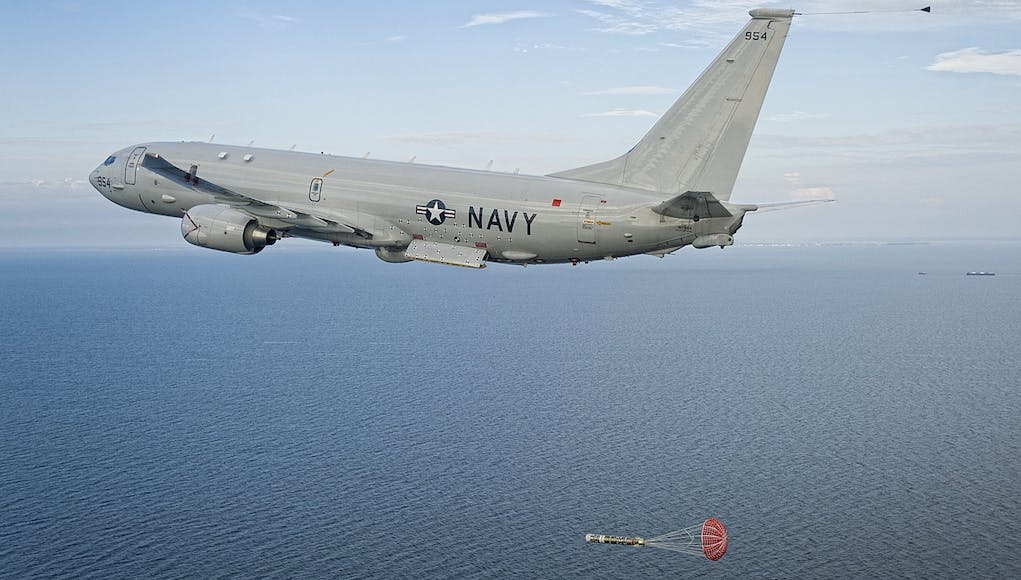 According to local media, military aircraft could return to Leuchars in a bid to counter the threat posed by Russian submarines.

The Courier report that the Ministry of Defence is considering locating several Maritime Patrol Aircraft at the former RAF base to prevent foreign incursions into UK territorial waters.

The MoD is expected to be considering the purchase of Boeing P-8 Poseidon aircraft as part of the government’s forthcoming Strategic Defence and Security Review, there has however been no indication of where these aircraft may be based although RAF Waddington seems like the favourite according to our contact in the Royal Air Force.

The production of Boeing’s P-8 Poseidon maritime patrol aircraft has been accelerated as domestic and international orders pick up pace. The increase will see production capacity grow beyond the numbers already committed to under Boeing’s current US and Indian Navy contracts leading to speculation by many that the UK is looking at purchasing a number of the aircraft.

“The whole idea is to make sure we create a little headroom for the international market as we build the Navy units out. Everything was stalled out waiting on the UK elections, and now that’s over we are hoping activity will increase and there will be a commitment.”

Further fuelling the speculation, in a report on Future Maritime Surveillance, the House of Commons Defence Committee noted that the UK has a strategic requirement for maritime surveillance on a world-wide basis, for both military and non-military purposes. It stated that it had serious concerns regarding the MPA capability gap and its impact on the UK’s ability to undertake the military tasks envisaged by SDSR 2010.

In his evidence to the same Committee in October of last year, the Secretary of State for Defence stated that SDSR 2015 would need to consider the MPA capability in detail, considering whether ‘based on our experience since 2010 of managing this risk – largely by working with allies – it is a capability that we need to regenerate and, if so, how we would most efficiently regenerate it.

Discussions with the Ministry of Defence are believed to be centred on an initial contract for six firm plus six options, Boeing’s involvement has so far been minimal as the US Navy will lead any negotiations.

if we do buy p8’s stand by for Bae systems getting there slice…..

BAE are already involved with them in the US.

we will need all new ‘british kit’ which will add a few million to each aircraft! lol

Why would the MoD base a modern MPA at Leuchars, a run down former fighter base, when they could use Kinloss which has all the infrastructure needed for a modern maritime patrol fleet.

The Courier article is pure speculation based upon a local politician’s fantasies.

We are inclined to agree Rob.

Thought you might – I read the article in “The Courier” this morning in response to a similar post elsewhere.

My money is either on Kinloss, or if the RAF doesn’t want to reactivate their former maritime base, then Lossiemouth. Lossie has the space as shown by the recent and previous “Joint Warrior” exercises.

Awaiting the SDSR with baited breath.

It’ll be Lossie. Northern QRA plus MPA… Still not more sqns than Connigsby, Marham, Brize or Waddo. Plus MUCH cheaper than a new base, even if it’s an old one.

Most likely is RAF Lossiemouth but it should be remembered that Leuchars is far from a run down fighter base and has one very significant thing that Kinloss lacks and that is a Runway! The old Runway at Kinloss is no longer licenced and would require a complete replacement before any aircraft let alone a heavy MPA can land on it. Also the former MPA facilities that were there were removed by the RAF prior to handing the site over to the Army.

You are obviously either totally ignorant or incredibly stupid. The Runway and taxiways of Leuchars had all been refurbished and had new aircraft handling and maintenance infrastructure put in place to ensure that 1 and 6 Squadron where capable and fully fit to handle Northern QRA responsibility- that is why so many people where questioning the rationale of moving QRA to RAF Lossiemouth, after so much work to integrate the Typhoons into Leuchars and Northern QRA was carried out. It would have been more sensible and cost effective in the mid to long term to retain RAF Leuchars for Northern… Read more »

Fallon and his mates are doing a deal and out sourcing the interception patrols and apparently the best tender has come from a Mr V Putin.
I suspect skullduggery !

As long as there in the best place to do the job who cares, they just need get on with the deal so we dont have to go cap in hand to another country again asking them to find a russian sub for us.

They will go to Kinloss, and the Reapers going to Culdrose

Why would the Reapers go to RNAS Culdrose when they are RAF Aircraft and already have a home at RAF Waddington?

Why should we the UK waste more money by deploying MPA to Scotland? Bad enough that millions are already planned to be thrown down the Scottish Independence plughole for the basing of our nuc boats and future T26 construction.

A firm commitment is needed from the Scots that they will stay in the Union before the MOD wastes vast sums of money.

Means nothing while the SNP are running the show in Scotland. They will keep finding pretexts to hold them until, just like the EU with Ireland and once they get the Yes vote for Independence it is all over.

The North of England would love some of this investment and I am fairly sure there is no talk of Northumbria looking to leave the Union.

Leuchars no longer exists, HM The Queen changed it to suit the Army.

Nope, only a section of the base was renamed.

Leuchars was by far the better choice as a base rather than Lossie anyway. Absolute sin to shut RAF Leuchars

couldn’t agree more, & the B of B airshow is gone, this hurts the most.

Waddington (and I know its not by the sea) and let’s actually confirm we’re getting them first!

Waste of money opening and operating another base. They should belong at wadington wwith the rest of the ISTAR fleet. No matter where you are in the UK you are never far from the ocean, especially when you can travel at 500mph

why keep sending more new aircraft into Lincolnshire? lets have a share in the north,RAF LEEMING is still operational and has plenty of surplus capacity as only 100 SQUADRON hawks and NUAS grobs are the resident flying units

That’s alright only if the MPA aircraft we buy can be refuelled by our tankers. If we go for the P8 then as it’s from “Uncle Sam” it will fitted for boom refuelling. How much more will the cost if we have to have them re plumbed.