Patterns of life? Does this involve the free ferry service for economic migrants coming by the million to Europe across the Med after the total **** up we performed on Libya?

That we wanted to do the same in Syria amazes me.

The Med is perhaps the most volatile area in which our armed forces are operating. Multiple problems and many threats. We are engaged in a maritime security exercise, and all we can offer is a survey ship? With the greatest respect to the ships company of HMS Echo, she is a survey ship, and should be doing what she is designed for, not chasing migrants. I think this is a real time illustration of the fact that we are really short of ships for the many tasks that the armed forces should be addressing.

Perfect reason to retain the Batch 1 Rivers. Let them remain on UK patrol, and send the Batch 2 vessels overseas with this sort of tasking in mind – and forward base them from Gibraltar to show a bit of regular funnel! With that in place, HMS Echo and HMS Enterprise return to their primary role.

Unfortunately, it looks like the manpower crisis won’t allow for their retention. 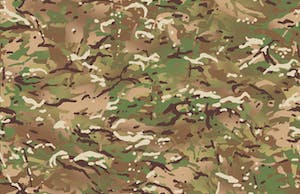 August 18, 2021
As of the 23rd August 2021, a new MTP Barrack shirt will be offered to troops with a slimmer profile and in a wider range of sizes.