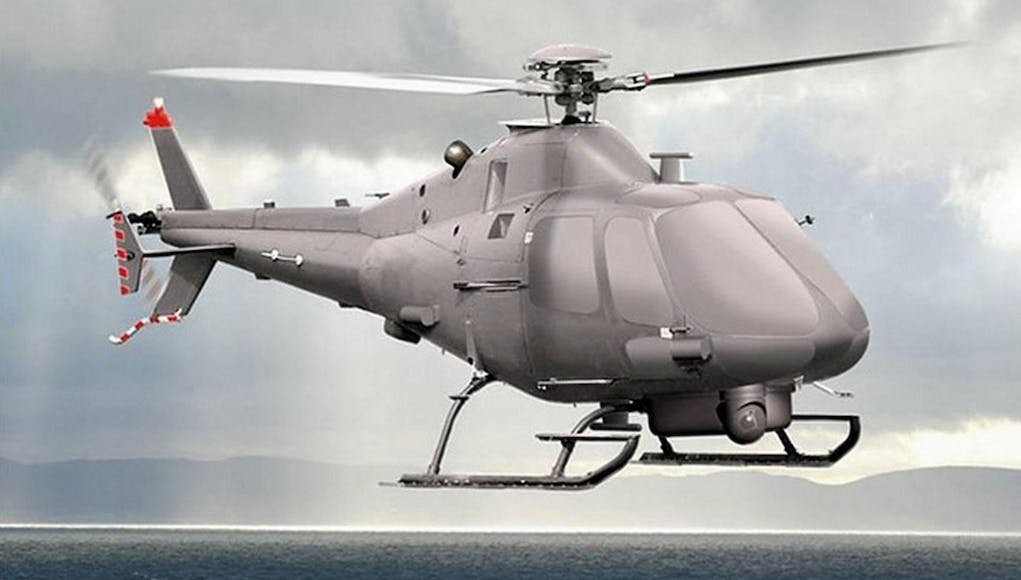 Defence Secretary Michael Fallon will announce the launch of an £8 million two-year second phase of research and development, exploring the future of unmanned air systems.

The announcement will be made during a major innovation speech at the University of Oxford on Monday.

Developed in partnership with Leonardo Helicopters in Yeovil, the Rotary Wing Unmanned Air Systems (RWUAS) Capability Concept Demonstrator (CCD) will help investigate how unmanned air systems can support personnel on the battlefields of the future by developing new concepts and technologies.

It is understood that the CCD will include a demonstration and analysis phase involving a physical demonstrations of a vertical take-off and landing UAS and specialist sensors.

“Defence is working with partners across the country to harness innovation to keep this country safe and build a prosperous economy for everyone.

Backed by our rising defence budget and £178bn Equipment Plan, this joint research will deliver the understanding our Armed Forces need to maintain our military advantage in the future.”

The jointly funded programme will ‘utilise the specialist engineering skill base at Leonardo Helicopters by exploring emerging rotary wing technologies and methods’.

According to a press release, the project aims to identify, develop and exploit the opportunities offered by emerging technologies, to reduce costs and increase the agility, flexibility, resilience and persistence of UK rotary wing capability.

“Investing in innovation is a priority in DE&S and research programmes, such as the Rotary Wing Unmanned Air System, demonstrates our commitment to ensuring our Armed Forces have the best and most advanced equipment and support possible.

This project also highlights how we collaborate effectively with industry, utilising skills across both organisations to fully understand the emerging capabilities in the unmanned arena.”

Outlining its interest in the concept back in 2014, the MoD said:

“Head of Capability Above Water has a requirement to understand whether a multi-role RWUAS can provide utility in the mine countermeasures, hydrography and meteorology, offensive surface warfare and general situational awareness capability areas.”

It is understood RWUAS will inform future maritime UAS requirements, potentially leading to an acquisition programme.

The £178bn is funding the whole of UK industry – not sure there is enough to go round though LOL.

I am not sure why a UAV has to look like a current helicopter – seems to me the designs with 4 rotary are excellent and need scaled up for a greater reach, far better to lose something that costs £20k than something costing £1m a pop. A Type 26 with 20 of these onboard becomes far more useful. And they take up so little space.

Considering this is just a concept phase, i would have thought it would be better to support a british owned company, rather than italian one.

I realise that low risk investments are needed when it comes to actual building of the craft, but for concept phase maybe a newer company might have some original ideas.

There is no need to spend this money seeing as the US has already spent it, studied it and I’m sure would be willing to email a PDF over with all the conceptual/operational findings their platforms have provided.

How many years now have the MoD been having these endless research phases flaffing around with this stuff. The UK can produce Taranis for Gods sake!
Seems like a cheaper FRES all over again. Endless concept phases with bugger all to show for it later.