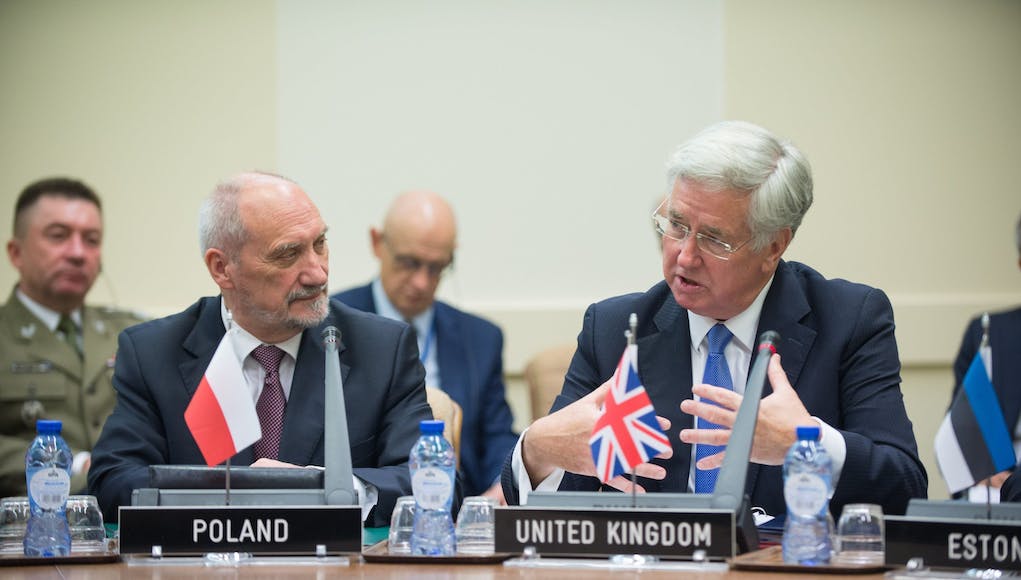 Michael Fallon has announced a package of new contributions to NATO.

At a meeting of NATO Defence Ministers, the Defence Secretary confirmed:

The minister also claimed that Britain continues to meet its commitment of spending 2% of GDP on defence, as well as meeting the target of 20% defence spend on equipment and capabilities. However, the first point has been in dispute for some time.

It was claimed earlier in the year that British defence spending was 1.98% of GDP in 2016 according the International Institute for Strategic Studies, below the 2% target set out by NATO.

“Nonetheless, the UK remained the only European state in the world’s top five defence spenders in 2016. If all Nato European countries were in 2016 to have met this 2 per cent of GDP target, their defence spending would have needed to rise by over 40 per cent.”

The Mine Countermeasures Group is a multinational, integrated maritime force, made up of vessels from a number of NATO countries. The group is mainly based in the Mediterranean and is capable of searching for and disposing of explosive ordnance. HMS Enterprise will be the flagship for the force, and will be joined by HMS Pembroke in the second half of 2017.

“As part of our leadership within the Alliance, we’re stepping up our NATO commitments. Whether it’s in the cyber domain, where I’m committing UK support to NATO operations, or on the high seas with HMS Duncan and HMS Enterprise leading half of the Alliance’s maritime forces in the Mediterranean, the Aegean and the Black Sea, Britain is playing its full part.”

It has also been confirmed that Fallon has signed a Statement of Intent on North Atlantic Maritime Patrol with his US and Norwegian counterparts. He said:

“The P-8A aircraft will play a vital role in protecting the UK’s nuclear deterrent, the two new Queen Elizabeth Class carriers and supporting our NATO Allies.

By investing in these aircraft, as part of our £178 billion defence equipment programme, we’re showing that we’re serious in tackling the threats on NATO’s North Atlantic flank.

And in stepping up our cooperation with the US and Norway on maritime patrol around our shores, we will help keep Britain safer and more secure.”

i was always led to believe that the 2% spending was for current defense spending and nothing to do with pensions or legal issues…how the mod and this government will hide and bend the true figures…maybe if they scrapped the amount the spend on this so called fraudulent aid sorry foreign aid we could have better defense spending on equipment and manpower..

The MOD nominally get much more than this, but £9bn is redirected to the foreign aid budget.

Same story from Fallon every time he is interviewed £178 billion equipment budget. Blah blah blah. No talk about real capability and plugging gaps in armed forces order of battle (especially the Royal navy) If 50% of the entire available RN fleet is needed at any time to guard HMS QE and provide its carrier battle group. Then clearly there is a problem. ( base this on a CBG being 2x type 45, 2x type 23, 1x astute, +/- lpd and auxiliary vessels) what subs, ships etc does he seriously propose that the RN uses to contribute towards the nato… Read more »

The escorts for QEC will be one T45, one T23 and possibly an Astute.

We’ll have to see how the aircraft carriers are escorted. I agree with everything Mr. Bell says except for the part about foreign aid diversion. I think it’s a wonderful thing when applied carefully. I cringe when I hear politicians talk about defence funding without regard to the evident apalling capability gaps. I’ve never rated Fallon but he is better than Fallon.

…better than Hammond, I mean.